The drama, which received a 10-episode series order in May, will follow a young Alfred Pennyworth as he forms a security company and goes to work with a young billionaire named Thomas Wayne — who is not yet Bruce Wayne’s father — in 1960s London. 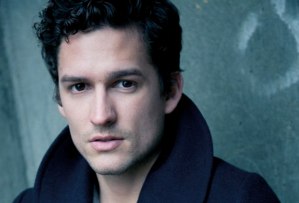 Update: It has also been announced that Ben Aldridge (Reign, Fleabag) will fill the role of Thomas.

Bannon’s version of Alfred, formerly a British SAS soldier, is described as “honest, open-faced and witty; you’d never take him for a SAS killer. Alfred doesn’t know how to reconcile the kind-hearted boy he used to be with the cold, calculated killer he was forced to become. He’s a man on the make, who doesn’t know what to make of himself yet.” Thomas Wayne meanwhile is described as “a young, fresh-faced billionaire hailing from the East Coast of the United States. Confident and extremely disciplined.”

As previously reported, Gotham showrunner Bruno Heller will pen the pilot and executive-produce the series, though this new project will not be set in the same universe as Fox’s own prequel series.

In addition to such film credits as The Imitation Game and Fury, Bannon has appeared on the British series Endeavour, Clique and Ripper Street.