Despite taking extreme umbrage at Kate and Toby’s desire to undergo in-vitro fertilization, Randall decides to jet to California to be by his sister’s side as she undergoes egg-retrieval surgery in this week’s This Is Us. It’s a sweet gesture and all, but given what happens at home while he’s out west, maybe he just should’ve sent flowers or something?

If you’re a ‘KaToby’ enthusiast worried about Kate’s procedure, let me put your mind at ease right now: She comes through the event just fine, and her doctor is pleased with the number of eggs she’s able to harvest. It seems like Kate herself is in a good place afterwards, as well, thanks to a the summit with her younger selves that takes place while she’s under anesthesia. (I’ll explain in a few.)

Elsewhere, National Public Radio’s Terry Gross gets Kevin to be introspective, and if that’s not a reason to ante up during the next pledge drive, I don’t know what is.

Read on for the highlights of “Katie Girls.”

THE MYSTERY MAN REVEALED | Let’s start in the past — like, way back — where we watch little Rebecca observe her mother’s day-in, day-out routine of wearing heels, baking casseroles and making sure dinner is on the table by the time Rebecca’s dad gets home from work. By the time Rebecca is in high school, the teen wants more. This is evidenced by her leaving her home economics class and trying her hand at the all-boys shop class, instead.

Her classmates snicker as she struggles to saw a piece of wood, but one boy named Alan kindly offers to help. He advises her not to worry about what the others think. “They’ve never seen anyone like you before, and they never will again,” he says. Alan is, of course, the same guy who we saw show up on Rebecca’s doorstep at the end of the season premiere. And let’s cut to that now, shall we?

ONCE MORE, WITH FEELING | Rebecca is definitely surprised to see Alan — as it turns out, it’s been some time since they’ve talked — but she seems happy to see him and charmed by his admission that he hasn’t been able to stop thinking about her since they’ve been apart. Turns out, Rebecca and Alan dated for three years but split up when he got a job in London (he’s a reporter) and she didn’t want to move there with him. But now he’s back, wanting to rekindle their romance, and she’s not opposed to the idea.

Before you know it, they’re hanging out with his folks (hi, Malcolm in the Middle‘s Jane Kaczmarek!), who absolutely adore Rebecca. She shares her dream to move to Los Angeles to explore the music scene out there, and the words are barely out of her mouth when Alan trips over himself telling her to try to build a music career in New York, where he can write for the Village Voice while she breaks into showbiz. It’s way too soon, especially since Rebecca can’t stop thinking about her kiss in Jack’s car, but she agrees to relocate to the Big Apple with Alan. His parents have no booze in the house, so Rebecca says she’ll walk to the store quick and get some. (Side note: Goodness GRACIOUS Mandy Moore is even more luminous than normal in this episode. The hair, the dress, the glowing from within — it’s all working overtime for her, no?) 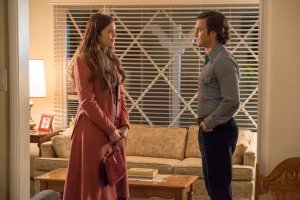 SORRY, ALAN | Jack’s day, post-witnessing his new love smooching another man, only gets worse. At home, after his abusive father throws a sandwich on the floor and screams at his mother, Jack decides this behavior will not stand. “Think you’re a big man now, went to war? What a help you were to your little brother. Big hero,” his father taunts him. Jack coldly instructs his mother to pack her things, because he wants to settle her somewhere else. “Or you can stay, and I’ll kill him,” he states. “Either way, this ends right now.”

Jack’s mom reluctantly leaves with him but insists that they stop at the grocery store so she won’t show up at her friend’s house empty-handed. And that’s where he runs into Rebecca, who’s there for Champagne.

“You never showed,” she says. “I did. I saw you on your doorstep with some guy,” he answers. As they talk, she announces that she’s moving to New York to pursue her dreams, and he endorses her decision. Then she asks him if he has a dream, and he’s thrown, because no one has ever thought to ask him that before. He says that he wants a decent job, a wife, a family, and “a house that feels nothing like the one I grew up in.” They say goodbye, and when he turns back, she’s gone.

Of course that’s not the end of the story, so after Rebecca goes back to Alan’s and confesses to his mom that she’s kinda into this guy she knows not much about, Alan’s mom is surprisingly understanding. “You have a feeling,” she says knowingly. “I have a feeling,” Rebecca confirms.

So she tracks Jack down — he’s still at his mom’s friend’s house, though the two women have gone for a walk — and after he gets over his surprise at seeing her there, he invites her in. He apologizes for the mess left from dinner and rolls up his sleeves to do the dishes; this move makes Rebecca all hot and bothered. (Side note: SAME. A man of the ’70s leaping in to do tasks traditionally considered women’s work? Mrrrrrrow.) She helps him dry and asks if he wants to go on a drive to Los Angeles. “Yeah,” he answers, smiling. 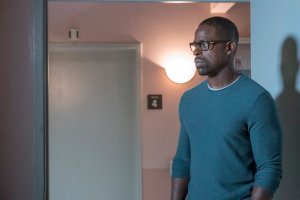 RANDALL RUNS HIS MOUTH | All of the Pearsons are struck by how great Kevin was in his war movie — “Kev, Kev had gravitas!” Kate cries (heh) — but Randall’s only concern is confronting his sister over her comments from the previous episode. “So do I or don’t I have a piece of Dad in me?” he demands, and as much as I didn’t love what Kate said when she was talking about being the only one to carry on Jack Pearson’s DNA/essence/what have you, I do think Randall is coming on way too strong here. She counters that of course he does, but he doesn’t back down, getting all up in her face about choosing risk and financial hardship over adoption. She (correctly) points out that he had two children biologically before adopting Deja, but he says that’s different. (Side note: It’s not.) Long story short: Kate runs off crying.

Randall still hasn’t apologized by the time Kate is about to go into surgery. “I love you, boo, but you overstepped. And you kinda have trouble apologizing to your siblings,” Beth says, getting Kate on the phone so the “I’m sorry” can happen. But Kate’s starting to freak out because she thinks her family thinks she’s going to die during the egg retrieval, so she rushes Randall off the phone. And just like that, Randall decides to fly to Los Angeles for the surgery.

EGG-STRA SPECIAL | Kate makes Toby promise that he’ll marry again — just not Madison, or one of his bitchy co-workers — if she dies, then she’s wheeled into the operating room for the procedure. While she’s under anesthesia, she dreams that she encounters both the teen and little girl versions of herself. Teen Kate is angry and informs Adult Kate that she has no right wanting to be a mother. Little Girl Kate just wants to know whether or not she’ll marry Zach from Saved By the Bell when she grows up.

All three of them are excited to get ice cream with Jack when he shows up, but eventually, Adult Kate knows she has to get back to the real world. So she comforts Teen Kate with the knowledge that the “black cloud” over her will, eventually, lift. And then the real Kate, who has had trouble coming out of the anesthesia, wakes up to good news: The doctors grabbed eight eggs while they were doing their thing, and eight apparently is great. Oh, and Randall and Kate make up in her hospital room before he gets a call from Deja that sends him scurrying home. 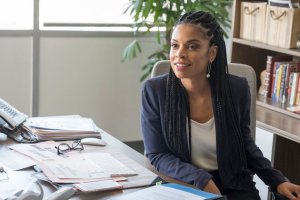 BETH’S BAD NEWS |Back on the East Coast, Randall visits another hospital: Sky has been mugged, and the robbers broke her arm, a tearful Chi Chi tells him. He vows to do something about it. “Everybody talks, but they don’t actually do anything,” she says tiredly. He reminds her he’s not like everybody else. “Good,” she says, “then do something.”

At home, Randall is all fired up and announces to Beth that he’s going to run for office to try to unseat the unhelpful councilman who promised help for the rec center but failed to deliver. But Beth has a much more pressing issue: She’s been fired for budgetary reasons, leaving them with a combined household income of $0. 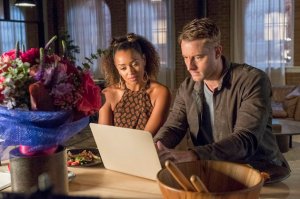 WAR STORIES | Kevin picks up Zoe from the airport and asks if she wants to accompany him to his final interview related to the Hill 400 premiere. She passes… until she learns it’s with Fresh Air host Gross. Zoe fangirls hard over meeting the radio personality, who is perfectly lovely to the pair of them. In the interview, though, her questions about Kevin’s father force him to face something he has never considered: He doesn’t know much about Jack’s experiences in the Vietnam War, and that’s probably because he never really asked. Later, with Zoe’s help, Kevin starts tracking down his father’s fellow soldiers and emailing them.