We’ve got questions, and you’ve (maybe) got answers! With another week of TV gone by, we’re lobbing queries left and right about shows including Last Man Standing, Magnum P.I., Dancing With the Stars and Superstore!

1 | Should Last Man Standing fans maybe wait until New Mandy has more than four or five lines before declaring that portrayer Molly McCook has somehow “ruined” the show? And really, if that’s all it took, what does that say about the rest of the series?

2 | On Hawaii Five-0, why would the guy who broke into the dead CIA agent’s home stop to burn the notebook pages in a fireplace, and not just hightail it out of there with them in hand? Also, are you upset that Steve and Lynn broke up, or are romances that rarely get screentime on a bit pointless? 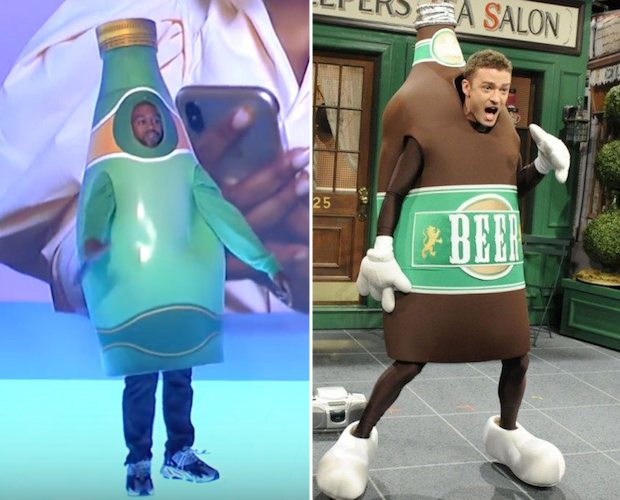 3 | Did anyone else suspect that Saturday Night Live musical guest Kanye West was about to be joined by Justin Timberlake for his first performance?

4 | As TVLine reader Elaine suggested, when Fear the Walking Dead‘s Al accidentally shot holes in the truck full of ethanol, couldn’t the poisoned characters have caught some of the antidote in their gas cans before it all ran out? And isn’t it odd that Season 4 started with a much more formidable antagonist (the Vultures) than it ended with (sad, crazy Martha)?

5 | Insecure fans, how relieved were you that Molly managed to finish out Season 3 never having slept with Taurean (which, let’s be real, would’ve been the Molly-est thing she could’ve done)? And is anyone not hoping that Issa will give Nathan another chance? 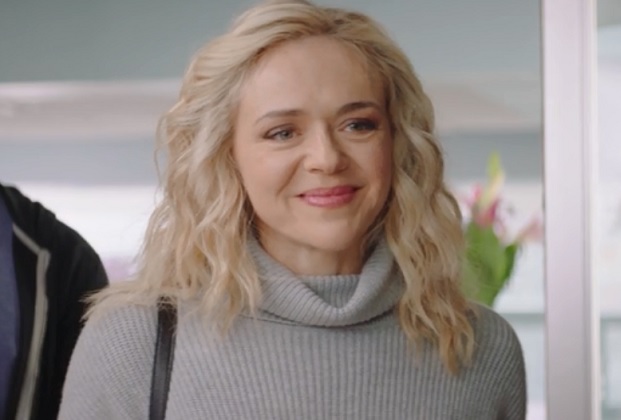 6 | Was God Friended Me‘s most mystical plot point that the writer for a Buzzfeed-type website who has her own lavishly decorated office… and can go six weeks without posting an article? And didn’t Cara’s mom look like Nicole Sullivan? (No, it wasn’t her!)

7 | Given that punctured lungs figured into both God Friended Me and NCIS: LA, how did CBS not make that a promotional theme? “Punctured Lung Sunday Will Take Your Breath Away!” 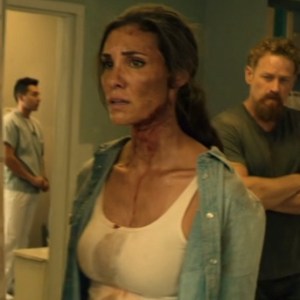 8 | The NCIS: LA premiere’s blink-and-you’ll-miss-it opening “sequence” isn’t a keeper is it? Also, did the editing make it seem for a second like blood-losing Sam was having that one fantasy about Deeks? And shouldn’t Kensi’s white tank top have been a lot grungier and grimier by episode’s end, given all she’d endured?

9 | Would the tabloid press really accuse Happy Together‘s Cooper of having “mommy issues” after spotting him dancing with Claire — played by the 31-year-old (and gorgeous) Amber Stevens West?

10 | Can someone inform The Neighborhood that a “yardicue” isn’t a thing? 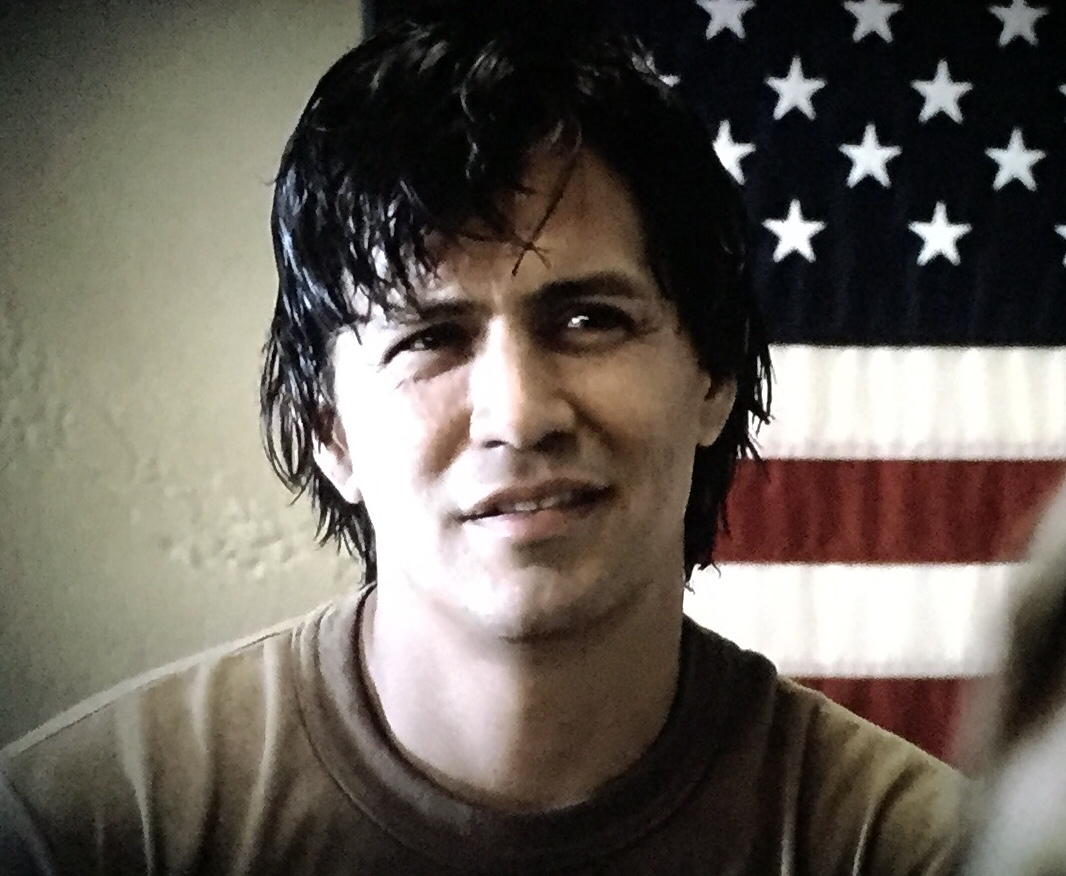 11 | Does Magnum P.I. get his flashback wigs from the same shop as Oliver Queen?

12 | Does Manifest‘s Grace not know how to shop eBay for discontinued LEGO sets?

13 | While we’re relieved that Hen survived the 9-1-1 earthquake, are we really supposed to believe her glasses also emerged unscathed?

14 | How relieved were you when Dancing With the Stars‘ Danielle Ulmstead didn’t slip and fall after all those rhinestones fell off her bedazzled cane?

15 | Why wouldn’t Better Call Saul‘s Mike offer to fly in Werner’s wife from Germany to ease his homesickness, instead of shutting him down completely? (Gus Fring could afford a plane ticket, right?)

16 | Is there a (deadly) New Amsterdam drinking game to be played, for every time Ryan Eggold’s character says the word “help”?

17 | Does The Gifted pick mutant powers (“I make hallway lights flicker!”) based on how inexpensive they are to depict on-screen? (Or are all the cool powers simply already spoken for by movie characters?) 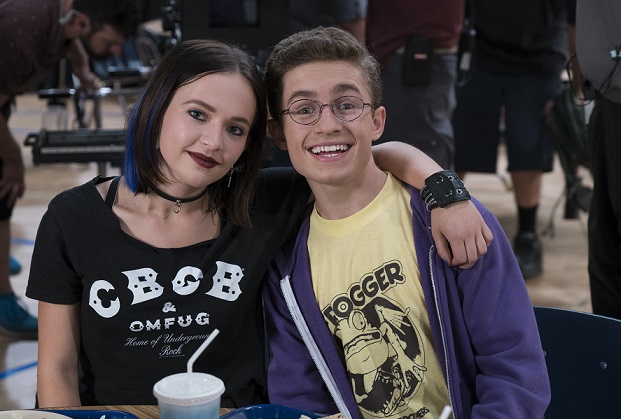 18 | Were you as thrown by The Goldbergs’ recasting of Jackie as Adam was by his girlfriend’s new look?

19 | With all due respect to Criminal Minds‘ BAU agents and their profiling skills, aren’t you oftentimes like, “Oh, please — like the UnSub put that much thought into it!”? (Like, really, the Believers made a point to set up camp in a town adjacent to Cyrus’ “rebirth” home and whose name is a synonym for Eden?!)

20 | Is A Million Little Things‘ Delilah always going to be speaking in a hushed whisper?

21 | Is Joanna’s father on Burden of Truth a “trash bag” human being (to borrow a phrase from The Good Place)?

22 | Given the myriad crossovers happening on American Horror Story this season (Coven! Murder House! Hotel?!), isn’t it only a matter of time before we learn that Adina Porter’s renowned talk show host once crossed paths with Sarah Paulson’s Asylum persona Lana Winters?

23 | In the #OneChicago crossover, was Casey and Brett’s conversation about Dawson the most the two characters have ever said to each other? And for those who watch both Fire and Station 19, which show’s high-rise blaze this week was more impressive? Does Fire automatically win for this not-at-all-green-screened stunt featuring Taylor Kinney’s Severide? 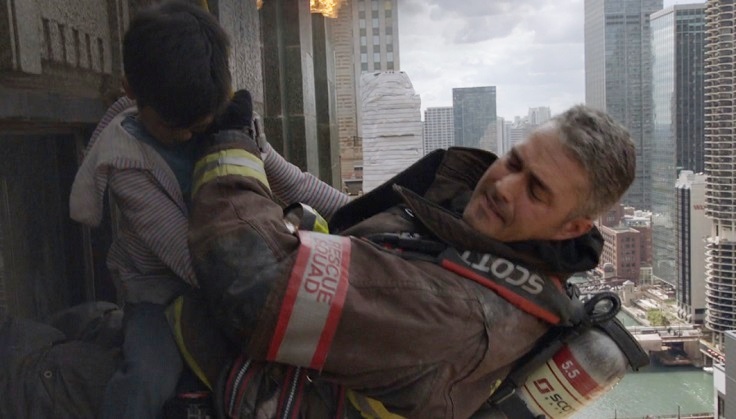 24 | Was Station 19 a bit on the nose with its series of flashbacks à la “Here’s how two people currently trying to save each other’s lives used to not get along! #irony”?

25 | Wouldn’t How to Get Away With Murder‘s Ronald Miller have at least glanced at the bright yellow request form Nate was getting him to sign, when it clearly stuck out from the stack of other, white forms?

26 | What are the odds that The Big Bang Theory ends in May with a surprise pregnancy for Penny, then Leonard assuring his wife, “Our babies will be smart and beautiful” — calling back to the series’ pilot? 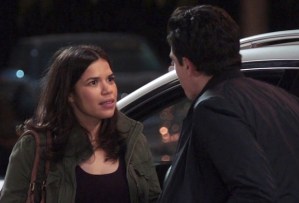 27 | How long can Superstore‘s Jonah and Amy — spoiler alert! — possibly keep their relationship a secret? And which fellow Cloud 9 employee do you think will be the first to find out? Surely someone saw them kiss in the parking lot, right?

28 | What was Will & Grace thinking by giving us a season premiere that did not feature a single Jack/Karen scene?