Brooklyn Nine-Nine is downsizing ahead of its move to NBC. Chelsea Peretti, who has played administrative assistant Gina Linetti since the ex-Fox sitcom’s launch, will not be returning as a series regular in Season 6. The actress broke the news Wednesday on social media.

“B99 fans. Hiiiiiiiiiiii. Chelsea Peretti, here. I won’t be doing a full season of Brooklyn Nine Nine in Season 6,” she tweeted. “But that doesn’t mean I won’t ever be back, winky face emoji, heart emoji. I want to thank you for the hours you spent watching Gina be Gina. confident, idiotic-but-smart, pithy, and infused with rhythm and cell-phone radiation. ❤️💯It is hard for me to know exactly what to say.”

Peretti already had a reduced workload during Brooklyn Nine-Nine‘s fifth season, having missed the first half of the season while on maternity leave. Her character had given birth to her first daughter Enigma (with Boyle’s cousin Milton, played by Ryan Phillippe) and the maternity leave was written into the series.

NBC, which rescued B99 last May after Fox cancelled it, has yet to officially comment on Peretti’s exit. [UPDATE: Showrunner Dan Goor reacts to Peretti’s exit.]

The actress offered no hint of her B99 status change when TVLine interviewed her (alongside her co-stars) at San Diego Comic-Con last July (watch video below). 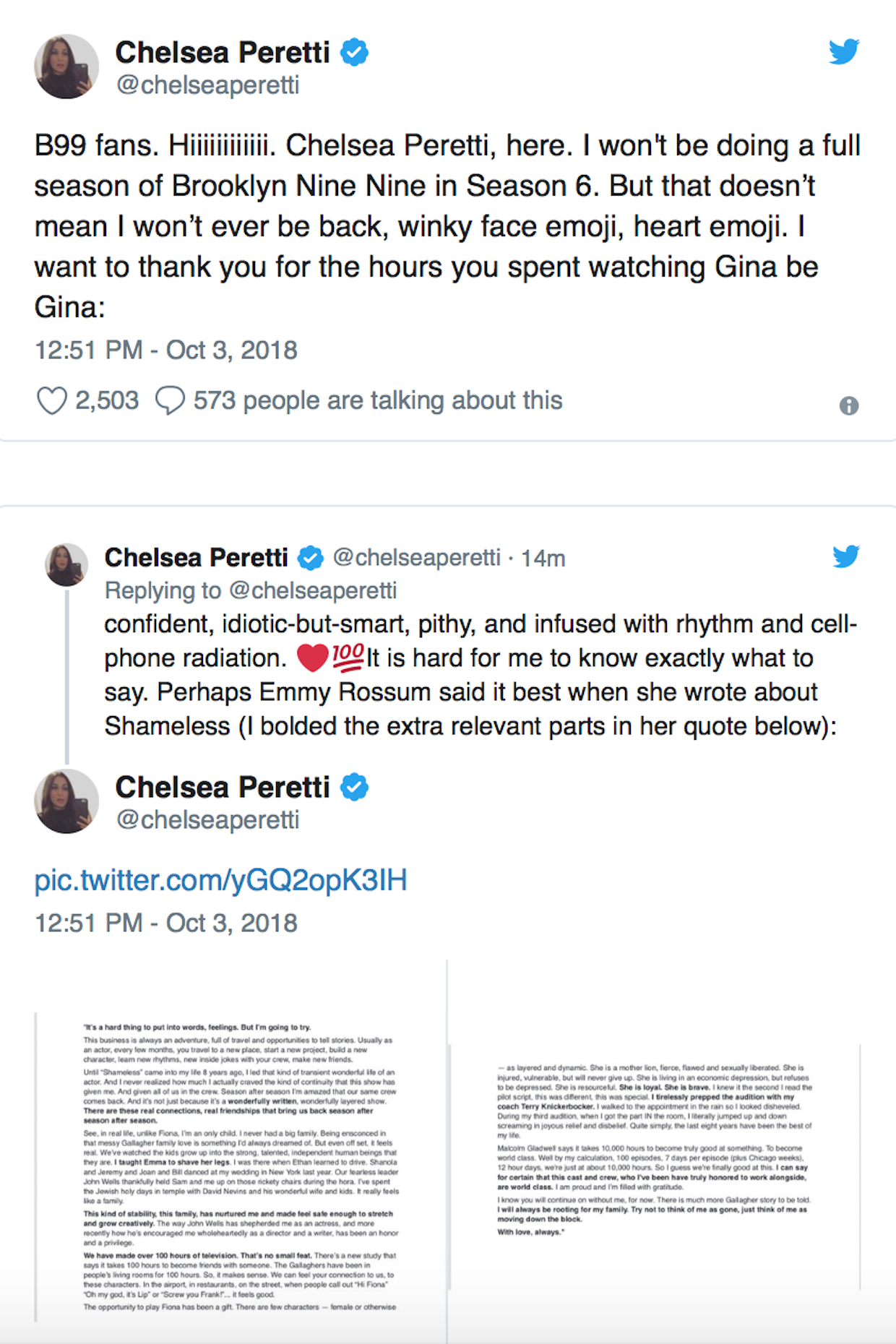