Lazaro will play Louie “The Gute” Gutierrez, who joins Robbery/Homicide after a year of undercover work to bring down a Mexican cartel. Her partnership with Bailey gets off to a rough start: While Sonya is very no-nonsense, The Gute prefers to act first, think later. (Remind you of any dearly departed detectives we know?)

Bailey “ends up getting her own Riggs,” series boss Matt Miller tells TVLine. “She gets a female partner who is a little bit unglued, a little bit crazy, always wants to resort to physicality. It’s a nice balance between someone who is always looking to pick a fight and Bailey, who’s someone that is really able to use her brains to solve most cases.”

He adds: “The juxtaposition of those two is a fun dynamic that we’re going to continue to play throughout the season.” 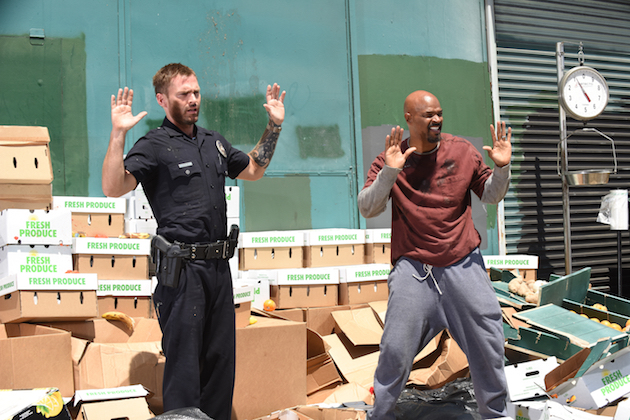 But what about Bailey’s former partner, Zach Bowman (played by Andrew Creer)? “I adore the actor Andrew Creer and the character of Bowman, but he had a very enthusiastic persona, and our concern was that we’re giving some of those characteristics to Cole,” Miller says. “We didn’t want to see too much overlap of that vibe.”

Look for Lázaro to debut as The Gute in Episode 6 — directed by cast member Keesha Sharp — of this season.