ABC’s Single Parents is adding some friends, a flock of feminists and a red-headed obsession, ahead of the freshman comedy’s premiere.

In Episode 2, TVLine has learned exclusively, Andy Favreau (of NBC’s recently benched Champions) will guest-star as Owen, Angie’s co-worker and office fling. “The ray of positivity that gets her through a long workday,” Owen is described as “thoughtful, sweet, and prime boyfriend material,” but Angie’s fear of intimacy has kept their relationship from evolving.

In the same episode, actress/writer Naomi Ekperigin will begin recurring as a school teacher who attempts to provide structure for the kids and the parents, at times to no avail. 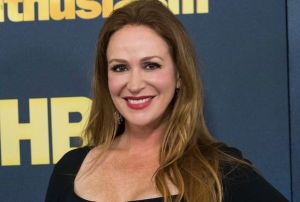 Further into Season 1, Lauren Weedman (Arrested Development), Carla Jimenez (The Mick) and standup comic Quinta Brunson will play Poppy’s friends at the Winebrary — “a rag-tag group of hardened feminists who love drinking almost as much as they love reading” — while Rebecca Creskoff (Bates Motel, photo) will debut as “Big Red,” a beauty who exudes a 1950s style of elegance. Though she is well-off Douglas’ ultimate dream woman, she’s not impressed by his attempts to woo her with fancy steak, martinis and seafood towers.

Will you be hanging with the Single Parents this fall?