It seems the Huangs will be expanding their social circle when Fresh Off the Boat returns this fall.

Wen will play Elaine, a Chinese-American woman who is everything Jessica could want in a Chinese best friend. Case in point: She quickly earns the nickname “Chinese Oprah” for her advice-giving abilities. 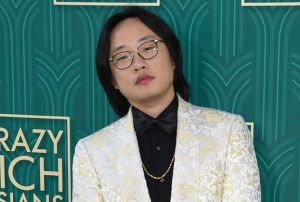 Lee will appear as Elaine’s husband, Julius, a Chinese-American man who quickly bonds with Randall Park’s Louis, only to have their new friendship tested by one of Louis’ old buddies.

And Yang (pictured right) — who will reunite with Crazy Rich Asians co-star Constance Wu on the comedy — will portray Horace, Elaine and Julius’ talented son who went to Harvard at age 16 on a full scholarship. His impressive resumé will win Wu’s Jessica over… until he reveals some secrets from his past.

The trio will make its first appearance in the November episode “Mo’ Chinese Mo’ Problems,” in which the youngest Huang son Evan meets the family while ringing doorbells for the United States Census Bureau.

Fresh Off the Boat, which will also welcome Family Matters‘ Jaleel White in Season 5, returns Friday, Oct. 5, at 8/7c on ABC.