The 70th Primetime Emmy Awards are being held on Monday, celebrating the powerful stories and talented individuals that enriched the television landscape this past year. But first, the carpet!

Some of the biggest names in TV — including those who were nominated, as well as those we feel were straight-up snubbed — hit the carpet outside Los Angeles’ Microsoft Theater, where Saturday Night Live duo Colin Jost (who arrived arm-in-arm with girlfriend Scarlett Johansson) and Michael Che were tasked with hosting this year’s ceremony.

All of the biggest TV casts were well-represented on this year’s Emmys carpet. We spotted the Stranger Things kids, several residents of The Good Place, the entire Pearson squad from This Is Us, a few survivors of The Handmaid’s Tale and so many more. 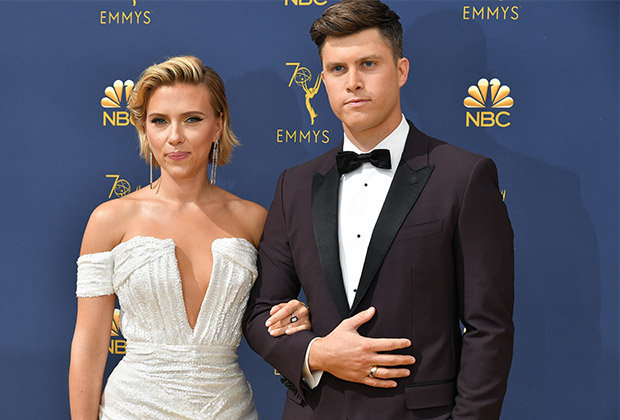 Naturally, all eyes were also on those with the most nominations this year. The Assassination of Gianni Versace: American Crime Story — in which Darren Criss embodied famed serial killer Andrew Cunanan — reigned supreme with nine nominations, while FX comedy Atlanta and Hulu drama The Handmaid’s Tale each scored eight.

Browse our gallery of TV stars on the Emmys red carpet — you can click here for direct access — then drop a comment with your thoughts below: Who are you most excited to see? And which shows and stars are you rooting for?