The following recap, by the very definition of the word “recap,” reveals the winner of NBC’s World of Dance Season 2.

Everyone was pretty clean in Round 1 of the double performance night, though I felt like that S-Rank dude missed his mark with that final landing. The Lab worked in some playground slides, Michael told what I think was a soulful story about a love (or Dear John?) letter, and Charity and Andres delivered one of their more (ahem) sensual performances.

While Round 2 ostensibly offered the chance to shake up the ranks, for finalists to gain (or lose) ground, everyone… instead stayed put.

S-Rank’s encore was far more swaggy than their first, relatively trick-free performance. That earned them a trio of 94s, bringing their average for the finale to 93.5. Charity and Andres followed with a futuristic and highly athletic routine — and one in which she threw him airborne across the floor. The couple wound up repeating their exact same average from Round 1 (94.3), knocking S-Rank out of the competition. 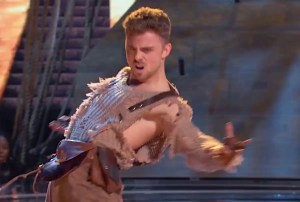 Michael went with a dystopian, Mad Max look and theme, working with a stick as well as a peg board of sorts. The 96.3 he averaged bumped his score for the night up to an even 96.0.

The Lab, though, held their ground with a wonderful routine in which a static tableau of people at a park slowly came to life, thanks to acts of kindness. “Love can make the world a better place” was the theme, the rugrats explained afterward. J.Lo gave the kids a 96, which Derek Hough improved on with a 98. Then, thanks to some “dramatic” editing of the score reveals, Ne-Yo (who usually goes first) shut things down by giving the 15-pack a perfect 100. That Round 2 score of 98 raised The Lab’s average to a 97.5, besting Michael for the crown. 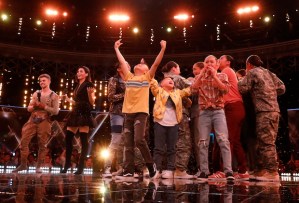 Who do you think deserved to win Season 2, based on their pair of performances? And if you watch both shows, how do you compare WoD to So You Think You Can Dance? (GH star/SYTYCD fan Lisa LoCicero and I were getting into this debate recently, I’m curious to see what others think.)