Your enjoyment of Marvel’s Iron Fist Season 2 will largely depend on what you saw and latched onto as the freshman run’s strong points.

If you are transfixed by Ward Meachum’s manpain, Season 2 will speak to you. And if Season 1 left you clamoring for more, more, more! of Davos, then get ready to buy a lottery ticket, because this Friday (when all 10 episodes release on Netflix) is your lucky day.

Lastly, if Marvel’s Luke Cage‘s own sophomore season got you irreversibly addicted to narratives pegged to New York gang wars and turf negotiations, well, prepare to get a huge, new fix.

The Chinatown gang war is not the only theme that will give the Luke Cage viewers out there a strong sense of deja vu. Because just as Harlem’s Hero found himself clashing with his evil doppelganger of sorts, Danny Rand also seems destined for a similar, formidable match-up. But that is the innate risk for a network running four superhero dramas in quick succession. Classic comic book storytelling beats will be repeated. 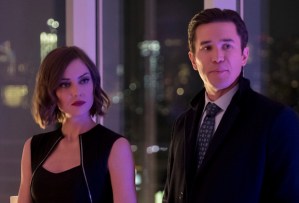 On the plus side for Iron Fist Season 2, which brought on Raven Metzner (Sleepy Hollow) as its new showrunner: Series lead Finn Jones and his stunt double are much better at selling the longer, more intricate fight scenes, with far less obvious swapping out. (Thank you, new fight choreographer Clayton Barber!) Also, Jessica Stroup’s Joy Meachum returns with a slinky bang, partnered with Davos to pursue a mysterious agenda, in a storyline that in fleeting moments bares a psychosexual bent.

Jessica Henwick, of course, remains a big draw (and now acts as a full co-lead, especially as Colleen Wing swings into action in some of the better melees (or when she is triggered by too many references to her having become “domestic,” oops). 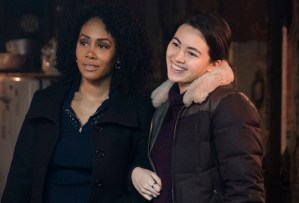 It falls upon Henwick, Stroup and Simone Missick (whose arrival as Misty Knight in Episode 4 is so welcome) to deliver most of this Marvel/Netflix series’ very sparse humor. (“You have an Iron Fist, I’m very happy for you,” Joy at one point quips. “Every god boy deserves one!”) But even Colleen gets bogged down by the looming threat of a gang war. Her very own micro-storyline, meanwhile, is barely brushed up against in the first five episodes of six that were made available for critics.

That is one of Iron Fist‘s most pronounced shortcomings when compared to Daredevil‘s wry Matt Murdock, the super-snarky Jessica Jones and the oft-amused Luke Cage. Given how talk-talk-talky these series can be (and are), short of a fight scene, we rely on injections of humor to break up the verbosity. Iron Fist offers precious few such diversions.

The most disappointing fact is that as much as that one Luke Cage Season 2 episode is credited with marking a turnaround for Danny, that “lighter” touch is not reflected in Iron Fist Season 2 — because that reunion apparently hasn’t happened yet in this show’s post-Defenders continuity? (Is it set between Luke Cage 2×05, when Misty got her arm, and 2×10, when Danny showed up?) Instead of getting more of the chill dude we saw kick back in that Harlem barbershop chair for a “bro hang,” Danny is oh-so-seriously consumed by his promise to do right by the late Matt Murdock and protect the city. 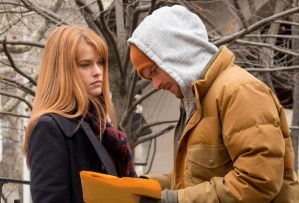 Lastly, there’s the “Typhoid Mary” situation, with Alice Eve arriving in Season 2 as the DID-affected Marvel Comics baddie. Mary by design must keep us guessing as to what/who drives her, and to that end she speaks in endless riddles (and not the fun, Edward Nygma kind). It’s a patience-testing storytelling decision (accompanied by what I felt was an overly modulated performance), and only by the end of Episode 5 does it begin to deliver any sizable payoff.