Danny Tanner isn’t the only parent relocating to San Francisco in Fuller House‘s fourth season. Maria Canals-Barrera — best known for starring on Disney Channel’s Wizards of Waverly Place, as well as ABC’s tragically short-lived Cristela — will appear in an upcoming episode of the Netflix comedy, playing the mother of Fernando Hernandez-Guerrero-Fernandez-Guerrero, TVLine has learned exclusively. 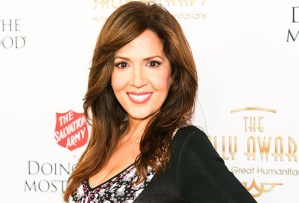 Unfortunately, that’s all we know about her character at the moment. Frankly, we don’t know even know which of Fernando’s many hyphenated last names she’s responsible for. Given that Kimmy is currently pregnant, however, our guess is that Fernando’s mother will pay a visit to the Tanner household expecting to meet her newest grandchild-to-be. (We pity whichever character has to break it to her that the baby actually belongs to Stephanie and Jimmy.) And while we’re at it, why not pair her up with Danny to potentially become wife No. 3? (Come on, some things just write themselves.)

Canals-Barrera technically broke her own casting news, posting a picture of herself with the show’s cast last week, though she conspicuously left out her connection to the Tanner family; her episode also marks the directorial debut of Candace Cameron Bure, aka D.J. Fuller. As previously reported by TVLine, Fuller House‘s fourth season will also feature guest appearances by Josh Peck (Grandfathered), Lee Majors (The Six Million Dollar Man), Lindsay Wagner (The Bionic Woman) and Lainie Kazan (The Nanny), among many others.

Your hopes for Fuller House Season 4? Drop ’em in a comment below.