With all due respect to Belinda Carlisle: Is heaven actually a place on Earth? Looks like The Good Place‘s Eleanor and company are going to find out in Season 3.

TVLine has your first look at the poster for the upcoming third season of NBC’s afterlife comedy, which kicks off with a one-hour premiere on Thursday, Sept. 27 at 8/7c. In it, we see Kristen Bell’s Eleanor and her fellow human misfits — Chidi (William Jackson Harper), Tahani (Jameela Jamil) and Jason (Manny Jacinto) — walking through a cosmic door and getting a good look at Earth, with reformed demon Michael (Ted Danson) and virtual assistant Janet (D’Arcy Carden) right behind. (The tagline: “What on Earth?”) As you’ll recall, Season 2 ended with Michael sending the human foursome back to Earth to give them a second chance at being good people, with no memory of their time in the Good/Bad Place.

“The four of them are straight-up back on Earth, in a new timeline where they didn’t die,” creator Michael Schur revealed back in June. “A lot of the progress they’ve made as people has been sort of theoretical… it seemed like a natural move to send them back to a time before they made that progress, and to use the idea of nearly dying to test their ability to improve.”

Take a peek for yourself right here: 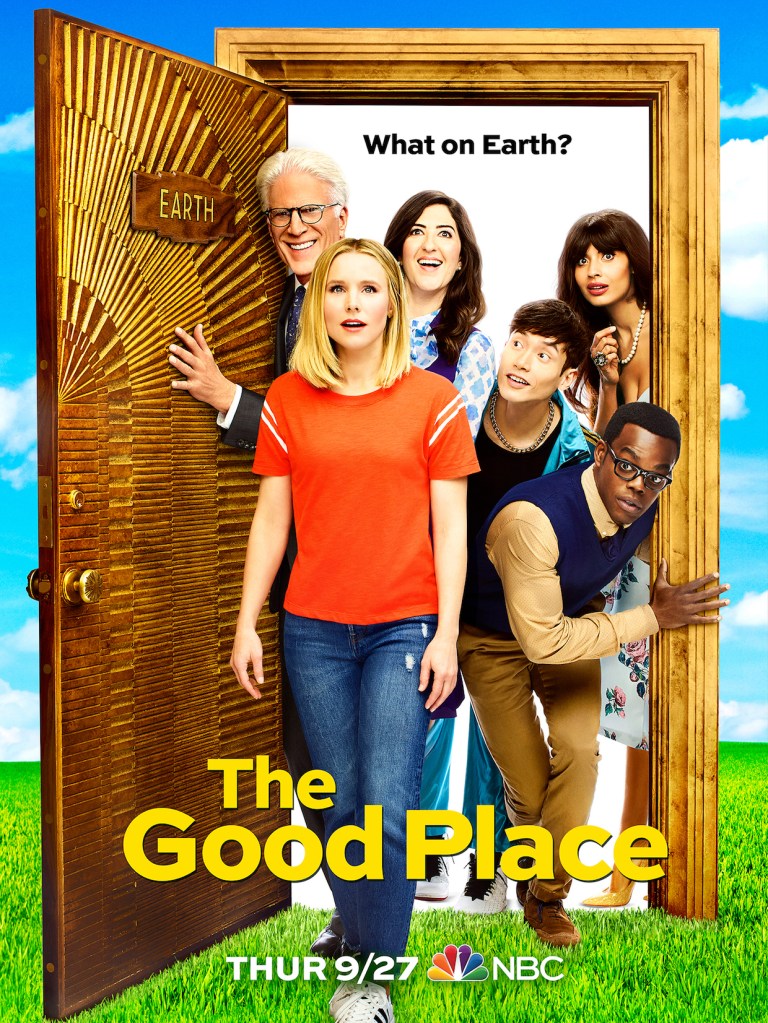 Check out the poster above, and then hit the comments and tell us: What do you want to see out of Eleanor and the gang in Season 3?