What would a show about country music be without a curtain call?

In that spirit, we wanted to follow-up on our coverage of Nashville‘s series finale with some answers for those questions burning a hole in your rhinestone-studded heart. From the frustratingly long wait for an Avery/Juliette reunion to Deacon’s perpetually busted sink, we got the scoop straight from the show’s cast and Powers That Yeehaw.

Read on for some answers regarding: 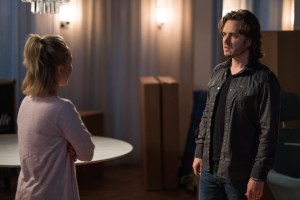 WHY DID THE SHOW SAVE THE JULIETTE/AVERY REUNION UNTIL THE FINAL FEW MINUTES OF THE FINALE? | Avery and Juliette’s reconciliation this season was hindered onscreen by Ju’s involvement in a cult and offscreen by Hayden Panettiere’s absence in several episodes, but executive producer/co-showrunner Marshall Herskovitz says the Barnes/Barkley family’s story ultimately played out the way he wanted it to. With the caveat that Panettiere’s availability “was contractual and not for me to get into,” the EP says that it was basically time for Juliette to pull herself together: “We didn’t want to end the series with her still being this person whose life is out of control.”

Hence Ju’s journey through The Movement for Coherent Philosophy hell and her subsequent departure from the music biz, all of which prepped her for the romantic resolution fans wanted. “I was mainly just happy that there was a happy ending for them,” Jonathan Jackson tells TVLine, adding that “there were times throughout Season 6 where I didn’t really know” how it would pan out for Cadence’s perpetually stressed parents. 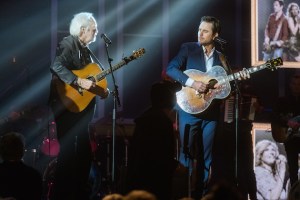 WHY INTRODUCE DEACON’S DAD SO LATE IN THE SERIES’ RUN? | “From the first day I came on the job, I wanted to bring Deacon’s father back,” Herskovitz says. He and co-showrunner Ed Zwick originally planned to bring Gideon into the story in Season 5, but eventually felt that there were too many storylines already in play. When it looked like the same situation would happen in Season 6, “finally we said, ‘We just have to do it.’ It’s too important a storyline, so we shoehorned it in.” He adds that he considers the decision a success. “I’m so grateful that we went for it, because to me, it brings the whole series together — the journey that [Deacon] goes on of forgiveness of himself and his father.” 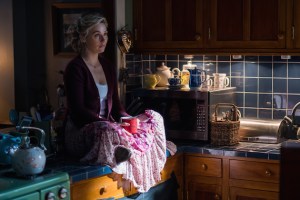 HOW DID CLARE BOWEN’S REAL-LIFE HUSBAND WIND UP IN THE EPISODE? | The idea for an episode-ending time jump was courtesy of co-executive producer Jesse Zwick, “and within two minutes of him saying that, I said to myself, ‘Oh, well, we have to show Clare and Brandon,'” Herskovitz says. “They had just gotten married.” If musician Brandon Robert Young looks familiar, it’s because he showed up in the series’ third On the Record special. When we point out that the several month jump isn’t much time to meet someone, date and get engaged, Herskovitz good-naturedly tsks. “In the show, they’re not married yet!” he says, laughing. 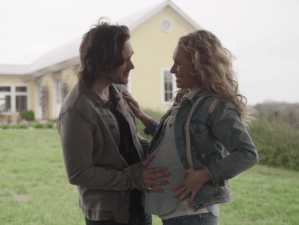 WHY DIDN’T THE TIME JUMP SHOW JULIETTE AND AVERY’S BABY? | Mainly because the show played it a little fast and loose with exactly how many months had passed between scenes. “It had a lot to do with syncing up where all these people would be in their lives,” Herskovitz says. For instance, Maddie’s move to her own place probably happened weeks after, but Juliette is clearly in her third trimester when Avery comes out to the farm to stay; showing the baby after it was born would’ve stretched the timeline too far for the writers’ tastes. 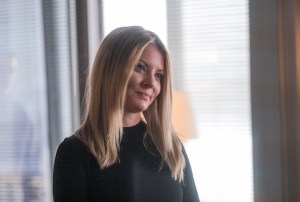 WHAT HAPPENED TO DEACON AND JESSIE’S ROMANCE? | “To be really honest, what Ed and I have always done in our television work, going all the way back, was to be improvisational about stories and to see what happens,” says Herskovitz, who admits the EPs and writing staff “didn’t know what Jessie was going to be” at first and that the writing staff was divided on whether or not Deke and Jake’s mom should end up together. Despite adoring Kaitlin Doubleday (“We just think she’s a fantastic actress and a great person… She won our hearts.”), Herskovitz says that blackmailing Brad for custody of their son ultimately became Jessie’s main duty in the final season. Still, “I can’t say that there wasn’t a little bit of regret among a bunch of the writers that somehow we couldn’t figure out a way to have [Deacon and Jessie] beat that.” 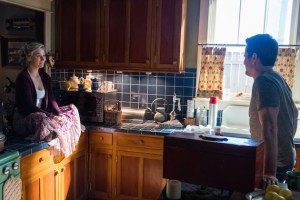 WHEN WILL DEACON REALIZE THAT HE’S NOT A PLUMBER? | The sink in Deacon’s old house — where Scarlett resides — seemed to need a lot of fixing over the past few seasons, and Deke always took it upon himself to do so… which ultimately led to the fixture needing to be fixed again. “I think that’s part of his character, that stubbornness,” Charles Esten says, lapsing into character as he continues. “I think the answer would be, ‘Why am I going to hire a plumber? He’d just get down there and he won’t fix it, either. He’ll charge me and not fix it. I’ll have to wait and get another appointment. I’m a grown man. I got tools. Plus, I’ve got to get out of Highway 65. Those girls are driving me crazy. My dad’s driving me crazy. By the way, I’m smart enough as a songwriter to know this? Yeah, it’s a metaphor. I can’t fix that other stuff. I’m going to fix this godd–n sink.'” He laughs. “So there’s all that.”