Her Majesty the Queen has gotten a makeover.

Netflix on Monday released the first image from The Crown Season 3, which offers a glimpse at Olivia Colman (Broadchurch) in the role of Queen Elizabeth II.

View the image in full below: 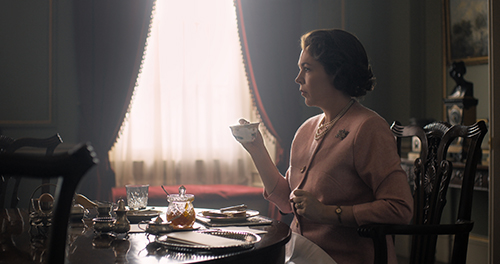 As previously reported, the period drama will make a significant time jump between Seasons 2 and 3, prompting a recast of the principal roles with older actors. Colman, who is grabbing the Queen Elizabeth baton from Golden Globe winner Claire Foy, will portray the British monarch in Seasons 3 and 4.

Additionally, Erin Doherty (Call the Midwife) has been tapped to play Princess Anne, the daughter of Queen Elizabeth and Prince Philip.

The Crown is slated to return in 2019. Does Colman’s Queen Elizabeth look how you imagined? Hit the comments!