We’ve got questions, and you’ve (maybe) got answers! With another week of TV gone by, we’re lobbing queries left and right about shows including Younger, The Handmaid’s Tale, The Originals and Nashville! 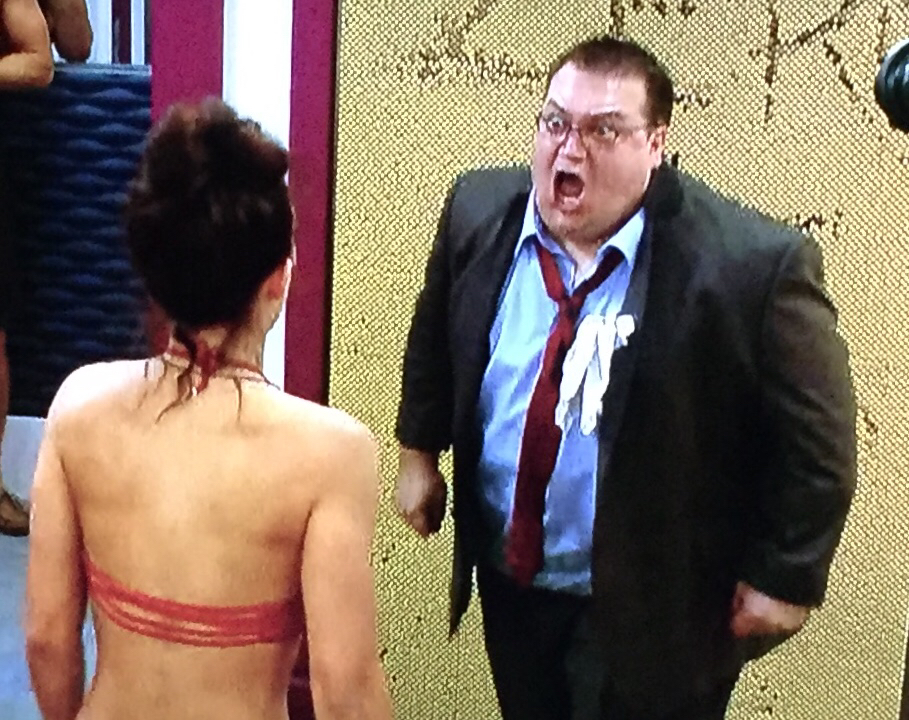 1 | Didn’t Big Brother dedicate a little too much time to Rachel’s weepy Crap App reaction, given the racist remarks that had earned her and Angela a scolding from producers? Also, can Chris Farley’s estate sue the “Yell Reviewer” for theft of intellectual property or something?

2 | Was Ghosted‘s plan always to segue into a version of The Office and drop much of the supernatural element? Or was that a cost-cutting decision made after the show’s one-and-done fate seemed sealed?

3 | How long ago was this week’s $100,000 Pyramid taped that Erika Christensen was introduced as “From Ten Days in the Valley,” which aired its series finale six months ago? Couldn’t such a dated voiceover intro have easily been updated? (Slightly less jarring was Match Game touting “The Mayor‘s Yvette Nicole Brown.”)

4 | Why do Power‘s Angela and Tasha keep meeting in public if the sole substance of their conversation is illegal and/or illicit dealings?

5 | Ignoring for a moment that the performances were flat-out amazing, if Pose‘s Pray Tell really wanted to cheer up the AIDS ward, wouldn’t he have made sure that the cabaret night he organized started with more uptempo, feel-good numbers?

6 | Wasn’t it awfully convenient how Claws‘ Uncle Daddy and his boys all ran out of ammo at the exact same time, allowing Zlata to calmly pick them off one by one?

7 | Is Salvation‘s haunting of Grace so heavy handed that something else (drugging?) has to be at play? Also, was it “funny” to see the show’s own (and very diverse!) Supreme Court, just minutes after CBS News’ primetime coverage of Judge Brett Kavanaugh’s nomination?

8 | Are you more or less inclined to tune in for Sacha Baron Cohen’s Who Is America? after learning that his targets include Sarah Palin, Joe Walsh, disgraced sheriff Joe Arpaio and alleged child molester Roy Moore? 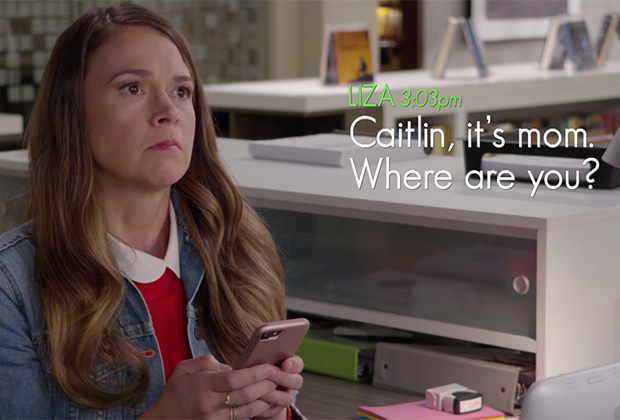 9 | Did Younger‘s Liza seriously identify herself in a text message to her daughter, as if she wouldn’t already be in her contacts?

10 | If The Bold Type is going to have Oliver tell Sutton that she looks “a little puffy,” shouldn’t she actually, you know, look like she’s been out drinking most of the night and not be perfectly put together? 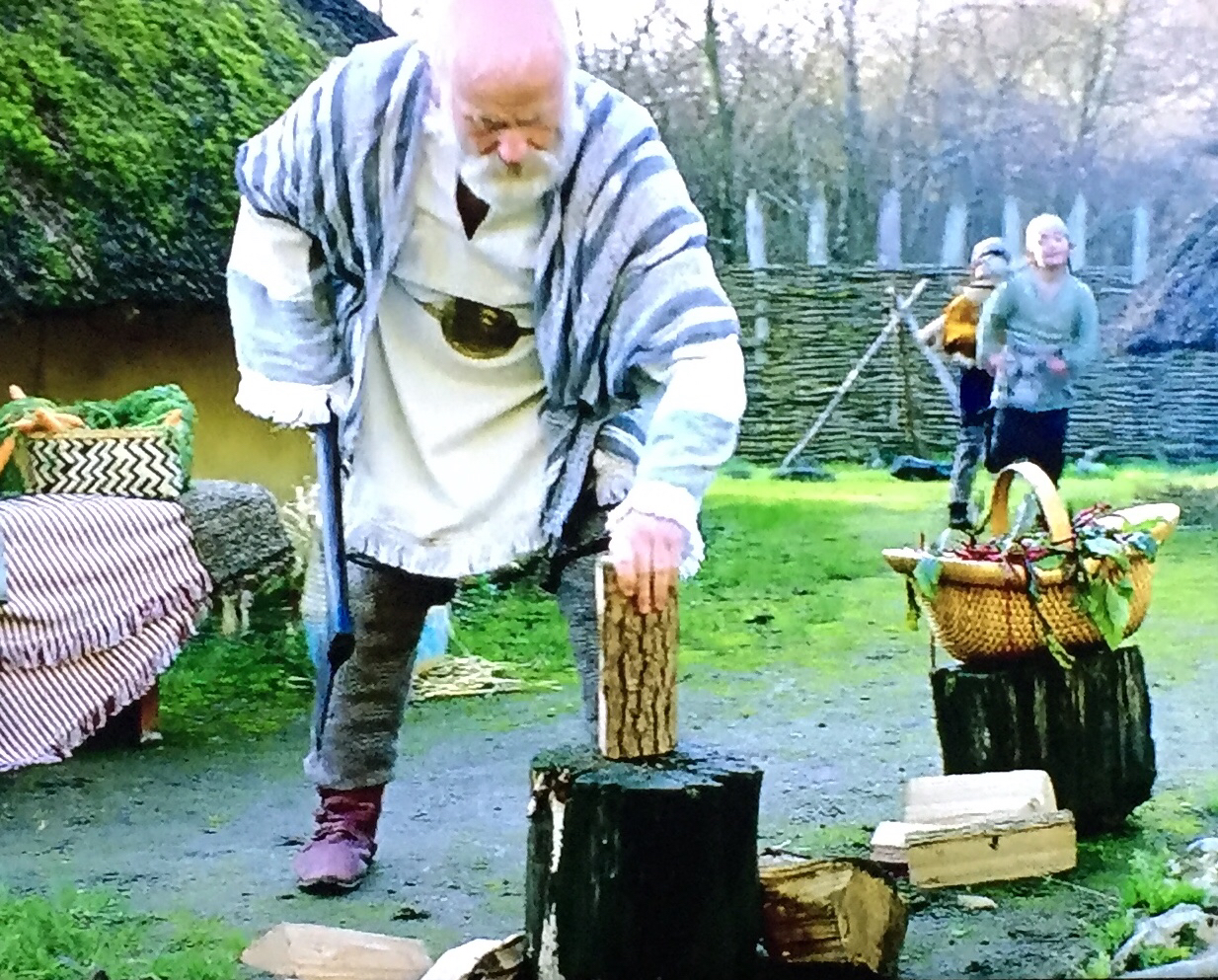 11 | Is this guy from The Outpost a giant or is he just chopping really small logs of wood?

12 | In the Handmaid’s Tale finale, was June’s infuriating decision to stay less of a believable character choice and more of a necessity to keep the show going for future seasons? (Wouldn’t she be instantly killed upon returning, anyway, after stealing a precious baby?) Lastly, Nichole is breastfed — so how is the baby going to eat until Emily gets to a safe place?

13 | Given The Originals‘ high death rate, isn’t it a miracle that Josh lived as long as he did? He’s kind of a survivor, yes?

14 | Were you surprised by how brutal CBS’ TKO was? (Meaning, as “brutal” as being pelted by foam objects can be?) That kindly nurse was getting whaled on! And did the (ahem) “telegenic” cheerleader/mom contestant seem to come straight out of Central Casting? 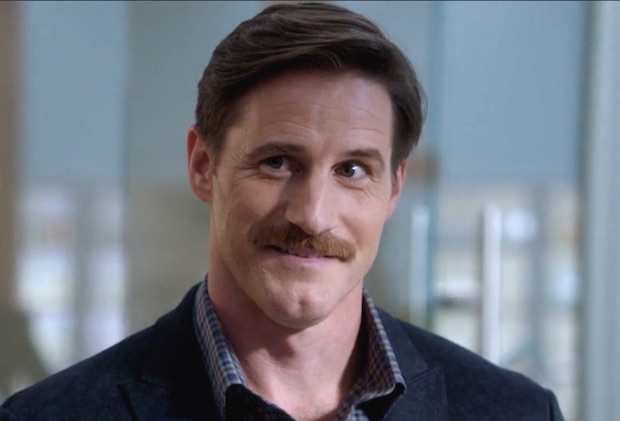 15 | Since Reverie guest star Sally Pressman is a classically trained ballerina, why did the director rarely show her full-length and face-forward when dancing? Instead, allowing a viewer to suspect there was a stand-in? And can we surmise that due to scheduling, guest star Sam Jaeger had to bring his Law & Order: True Crime ‘stache with him?

16 | What are the chances an Emmy nomination convinces Mary Kate and Ashley Olsen that they’re not too good to guest-star on Fuller House?

17 | Did any eagle-eared viewers notice that Nashville dubbed the Today show’s opening music over footage of Access Hollywood?

18 | Do the uber-dramatic promos for ABC’s Castaways reality series make your eyes roll hard, knowing there are camera crews all around these people??

19 | Don’t you sympathize with Shooter‘s Julie Swagger, seeing as Bob Lee always seems to find some drama to endanger their lives?