Power‘s Ghost thinks he’s pretty slick — but even the charms of James St. Patrick have their limits.

So though the drug kingpin/upright businessman is using his most buttery tone to try to sell a potential investor in this exclusive clip from Sunday’s episode (Starz, 8/7c), Linda, the woman in question isn’t having it. And if you recognize her, it’s because she’s played by Garcelle Beauvais, whose long TV resumé includes Franklin & Bash, NYPD Blue, The Magicians, Grimm, Chicago Med and The Arrangement.

In the clip above, Councilman Tate and Ghost try to get Linda, “a wealthy and powerful business woman” according to the official character description, to pony up some serious cash for the Queens Child Project. They need $12 million, which is quite a hefty sum, “but we wanted to make sure that you got the first bite of the apple,” Ghost purrs at Linda. (Spoiler alert: She is not impressed.)

Elsewhere in the episode: Tate is extra shady as he tricks Ghost and Tasha into taking part in a public tip line related to Raina’s murder, Kanan kickstarts his plan to infiltrate Dre’s organization, and Tony Teresi’s real plan is revealed.

Press PLAY on the video above to watch Beauvais’ Power debut, peruse the photos below, then hit the comments with your thoughts: This Queens Child Project totally isn’t going to happen, is it? 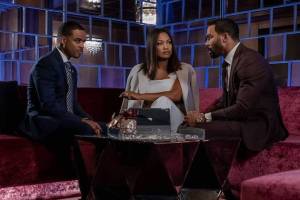 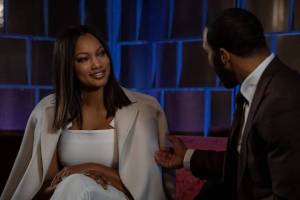