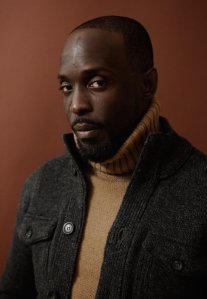 The four-episode, scripted series will tell the story of a 1989 case in which five Harlem teenagers — Kevin Richardson, Yusef Salaam, Antron McCray, Korey Wise and Raymond Santana — were accused of raping a female jogger in New York’s Central Park. The prosecution, led by Lederer, turned into a tabloid sensation that ended with the teens’ conviction and prison sentencing; after another man confessed to the crime years later, the five men were exonerated and released. They ultimately won a multimillion-dollar settlement from the city for their wrongful conviction.

DuVernay (Selma) will write and direct the series and serve as one of its executive producers. Central Park Five is slated to premiere on Netflix in 2019.

Farmiga recently appeared in the Amazon anthology series Philip K. Dick’s Electric Dreams. In addition to Bloodline, Leguizamo’s TV credits include Waco and voice work including The Adventures of Puss in Boots. Williams recently wrapped the third and final season of Sundance’s Hap and Leonard.