THE PERFORMANCE | From the instant we laid eyes (and ears) on Pose’s Pray Tell — the boisterous emcee of the New York City ball scene, as depicted on the FX drama — we were enamored. Every exaggerated reaction and whip-smart critique drew us deeper into his orbit, not that we put up much of a fight.

But as the weeks continued, as the show began to gradually strip Pray Tell of his mystique, we found ourselves even more in awe of this complicated character brought to life with fierce conviction by Porter. That journey of discovery culminated with Sunday’s heartbreaking installment, during which Pray emphasized the importance of HIV testing to the young men of House Evangelista, only to learn that he was a carrier of the virus.

Shock turned to denial, denial to disbelief, and before you knew it, Pray was baring his soul to a virtual stranger. The camera never strayed from Porter’s face as Pray ran the full gamut of emotions. When he arrived at the conclusion that “the son of a bitch has finally caught up to me,” you could sense his dormant fear creeping in like a familiar shadow. And you could feel every breath as he suppressed his despair for the sake of his hopeful young friends waiting just outside the hospital room.

We hesitate to throw around words like “important,” but the fact is that Pose is shining a crucial light on untold stories about underserved communities — experiences as relevant in 1987 as they are today, whether we realize it or not — anchored by transcendent performances like that of Porter’s, the kind that Emmys are made of. 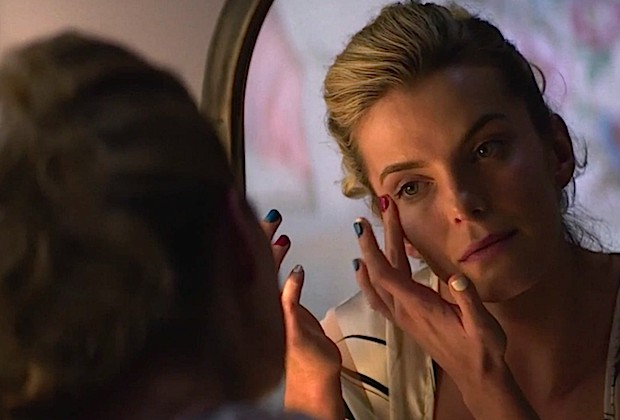 HONORABLE MENTION | Well, ya did it, Betty Gilpin. In “Mother of All Matches,” the fourth episode of GLOW’s Season 2, ya just about broke us. As Debbie seized upon the notion that she could get rid of the pain of her divorce by getting rid of all of her and soon-to-be ex Mark’s furniture, her portrayer cued up a meltdown that was hilarious, heartrending and, amazingly, sometimes both at once. In particular, she gutted us when a bargain hunter drew Debbie’s attention to a photo of her and Mark in happier days. “God, I feel so bad for these guys,” she said, choking up. “They do not know what’s gonna happen to them.” If only we could bestow upon Gilpin not just an Honorable Mention but the crown she deserves. 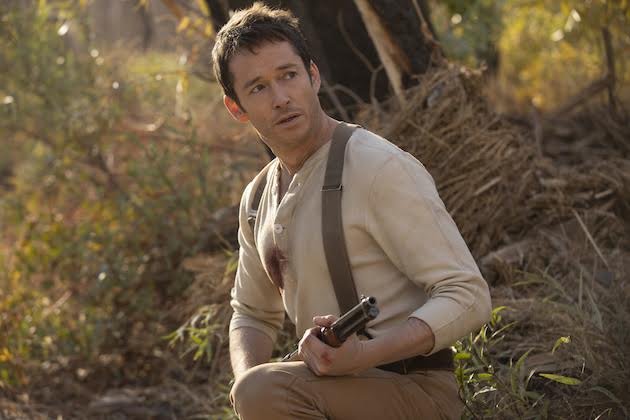 HONORABLE MENTION | Amid Westworld’s confounding, maddening second season, Simon Quarterman‘s performance as Lee Sizemore remained a breath of fresh, sensible air. In just one season, Quarterman turned Lee from an underdeveloped character into one suffering from real, internal struggle in a redemption arc that would make Ford proud. In the Season 2 finale, Lee sacrificed himself so that Maeve can escape— but not before delivering Hector’s bank robbery address. “It’s my f–king speech anyway,” Lee roared to Hector, and boy did he do it justice. Quarterman delivered the speech with such power and emotion that it brought both the chills and the tears. He captured the story of a man who, after years of writing other people’s stories, finally got to tell his own.  Hats off to you, sir. 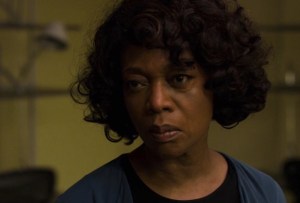 HONORABLE MENTION | “You brought me joy. And my deepest shame.” So began an epic monologue by Alfre Woodard, in Episode 9 of Marvel’s Luke Cage. Prompted to detail her maternal detachment, Mariah Dillard spent seven gut-punching minutes revealing how the light-skinned doctor Tilda believed to be her dad was not. Mariah was actually that man’s beard, and had birthed Tilda before meeting him. “I am a survivor,” Mariah declared as Woodard’s face cycled through a bevy of emotions, from disgust and hurt (recalling her rape by Uncle Pete) to the red-hot anger that led her to kill Cornell for suggesting she “wanted it.” “He was wrong,” Mariah assured Tilda. “I never wanted it. And I never wanted you. I tried to love you… but I don’t. ‘Cause every time I look in your face, I see Pete.” Woodard pulled zero punches, as Mariah left Tilda sobbing.