THE PERFORMANCE | As the star of FX’s trippy superhero drama, Stevens has raised the bar for all comic-book TV performances, with his troubled mutant David Haller struggling to harness his formidable powers while battling a devastating mental illness. This week’s Season 2 finale found David at the very height of his powers — and Stevens, too, as David realized his best move might be to embrace his dark side.

Stevens kicked off the episode by singing (!) The Who’s “Behind Blue Eyes,” leading up to David’s climactic tussle with nemesis Amahl Farouk. (And he sounded pretty good, actually!) Then he was touchingly vulnerable as David begged his beloved Syd to trust him… right before she fired a bullet in his direction. Stevens got to show off his range as David confronted a pair of alternate Davids (both played by Stevens), crowding their way into his psyche to offer him wildly conflicting advice. When David realized that he, not Farouk, was the one being put on trial for “future crimes,” the betrayal hit him like a freight train, underscored by Stevens’ exquisitely pained expression and watery eyes. Then David snapped into revenge mode, using his powers to escape — and the mischievous glint in Stevens’ eye got us very excited about Season 3.

It’s tough for actors to stand out on Legion, where the colorfully surreal visuals often take center stage, but Stevens has carved out an impressive place for himself here, proving that award-worthy performances and comic-book TV shows don’t have to be mutually exclusive. 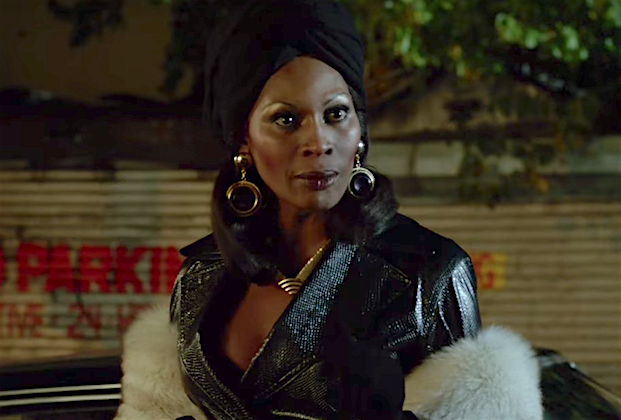 HONORABLE MENTION | A name like Elektra Abundance is a lot to live up to, but Pose‘s Dominique Jackson more than answers the call, stealing scenes left and right with her delightful brand of regal arrogance. Always dressed to impress and ready to fire off a savage insult, Elektra is supposed to be Pose‘s antagonist, but we couldn’t help snickering this week when she viciously taunted Blanca during a stop at her nail salon and later bailed her out of jail… just so she could beat her fair and square at the next ball. To borrow Pose‘s terminology, Jackson is serving serious Dynasty soap-villainess realness; if they gave out Emmys for Outstanding Line Reading of the Word “Bitch,” she’d win, hands down. 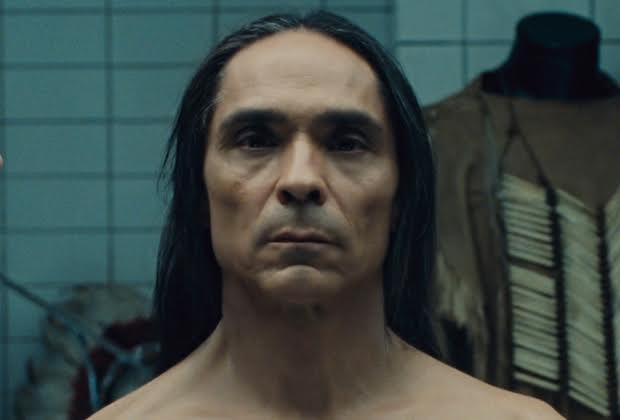 HONORABLE MENTION | Last Sunday’s “Kiksuya” episode of Westworld was one of the HBO drama’s best installments to date, and most of its success can be attributed to Zahn McClarnon. Prior to the ep, McClarnon’s Akecheta seemed like other hosts in the park: indistinct, if elaborate, set dressing — which is why it was so electrifying when the actor was handed such rich material. The showcase, told from Akecheta’s point of view, laid daunting tasks at McClarnon’s feet: Get viewers to care about Ake and his love story with Kohane and grieve the abrupt end of that couple’s happiness  — oh, and help viewers understand an alternative pathway to self-consciousness, too. McClarnon adroitly handled the entire undertaking, creating a fully realized character and taking us on a decades-long journey with him in the space of 60 minutes. Intentions, as Akecheta points out during the installment, are easily misunderstood, so let’s be clear: McClarnon was flat-out amazing. 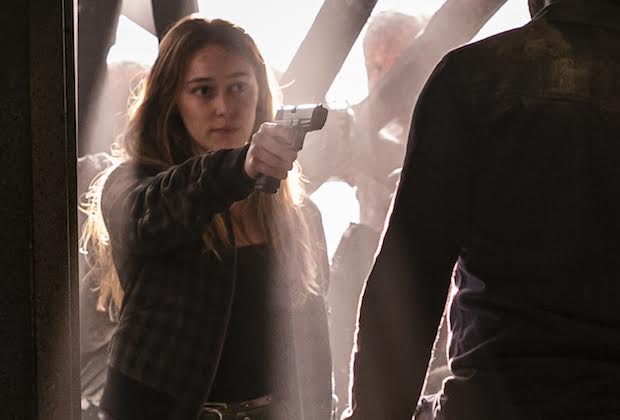 HONORABLE MENTION | So full of fury and despair was Alycia Debnam-Carey‘s performance in Fear the Walking Dead’s midseason finale that it all but shook the screen. First, she put murderous rage behind Alicia’s eyes when Al asked her not to hurt her brother’s young killer. “Why not?” she replied coldly. “She hurt me.” Later, when Naomi reminded Alicia that she’d taken her in, Debnam-Carey hinted at her alter ego’s pain when she spat back, “I’m not that person anymore!” (Unsaid but implied: “Because of you!”) Finally, Debnam-Carey fully unleashed Alicia anguish when Morgan challenged her to believe that things could change. “They can’t,” she cried. And thanks to her portrayer, we understood. For Alicia, believing yet again would be even more painful than losing her family.