We’ve got questions, and you’ve (maybe) got answers! With another week of TV gone by, we’re lobbing queries left and right about shows including The Crossing, World of Dance, The Handmaid’s Tale and Nashville!

1 | We get that The Crossing‘s Reece is/was “special,” but she lobs a walkie-talkie deep into the woods and it happens to land right at Jude’s feet? That said, as far as harrowing, drama-amplifying weather, could the show have asked for better than what Vancouver served up for that finale?

2 | Even if you agree with what Robert De Niro said about President Trump at the Tonys, wasn’t it a shame that his comment ended up as the night’s big takeaway, overshadowing what was otherwise a solid three-hour celebration of live theater? 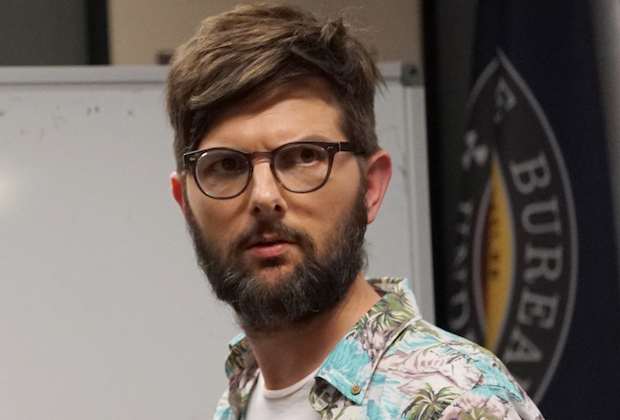 3 | Is it safe to assume Adam Scott was filming Big Little Lies Season 2 at the same time they shot Ghosted‘s midseason premiere? #ThatBeard

4 | TVLine reader Becca asks: “Why does To Tell The Truth always say the bio is in the contestants’ own words when they clearly are not (unless all contestants speak in cheesy puns)?”

6 | Since World of Dance seems OK with sending virtually everyone through to Duels, maybe Season 3 should change the minimum score to 85?

7 | If Josh’s heartbreak on this week’s Younger is really the end for him and Clare, wasn’t that a really anticlimactic ending to that love story? And how many times does Empirical have to be “saved” at the last minute before we conclude that Charles is really bad at running a publishing company? 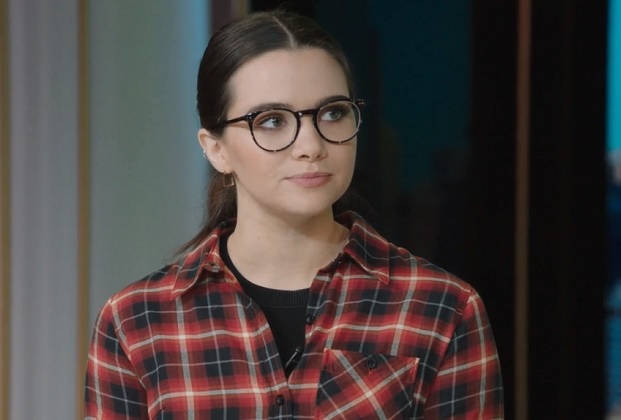 8 | On The Bold Type, was Jane’s Incite-approved look a bit extreme, as if there’s no middle ground between Scarlet style and the pictured outfit?

9 | Does the prospect of Legion‘s David embracing his dark side in Season 3 make up for a lackluster and confusing Season 2? And doesn’t Cary need to go back to the mutant-containment drawing board, after both Farouk and David broke free from the devices he designed?

10 | Now that TV has slowed down a bit for summer, has anyone else developed a late-night MeTV habit? (Can WKRP be rebooted as a Sirius station?)

11 | The Handmaid’s Tale‘s Eden and Isaac seem rather close in this week’s episode, no? Also: Doesn’t it seem counter-intuitive that Gilead’s babies aren’t baptized? 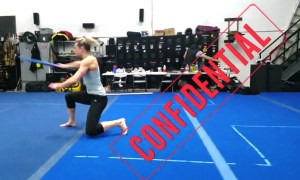 12 | Were you too busy pondering what “top secret” movie American Ninja Warrior‘s Jessie Graff has been filming in Europe (Wonder Woman 1984, perhaps?) to pay attention to her easy-breezy Miami run?

13 | Did the WTF? close to this week’s Reverie get you thinking that Mara has been living in a reverie this whole time, and her “missions” are actually Charlie trying to pull her out?

14 | SIX‘s Jackie secretly obtaining a handgun cannot possibly end well, right? How many times did Cline give Nasry one “last chance”? (We lost count.) And for those who also watch SEAL Team, is Caulder’s physical setback/denial reminding you of Perry with the shoulder?

15 | Which Degrassi: The Next Generation alumni, if any, did you feel were sorely missing from Drake’s “I’m Upset” music video? And if you’re going to resurrect Rick, wouldn’t it have been more satisfying to see Jimmy and Terri get their revenge, versus having him chased down by a random mob?

16 | Nashville viewers: Is there any way that the audience at Brad’s country-music competition wouldn’t have known that Daphne was Rayna’s daughter? 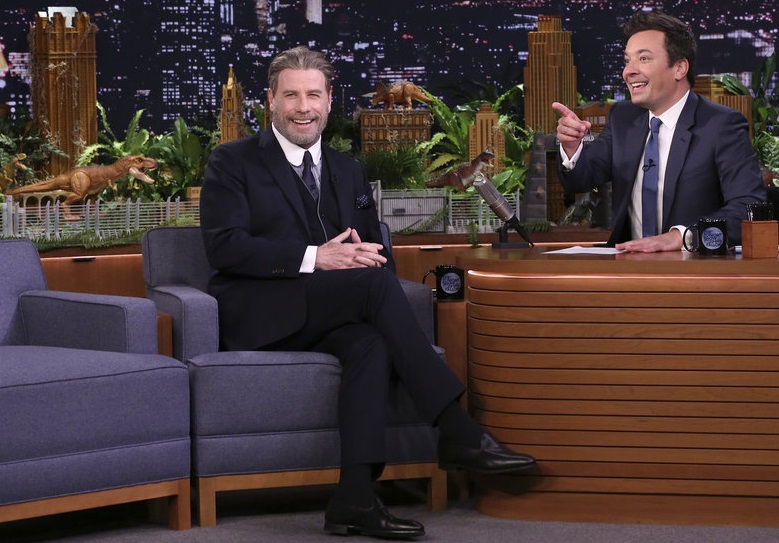 17 | Could NBC have been any more aggressive(/obnoxious) this week with the in-show Jurassic World: Fallen Kingdom shilling (which included this themed Tonight Show backdrop)?

18 | While The Ranch has always been as much a soap opera as it is a sitcom, was Danny Masterson’s exit scene — in which (SPOILER ALERT!) Rooster was sent packing by a gun-wielding ex-con, who threatened to kill the entire family — among the most bizarre in TV history? Wouldn’t it have been more subtle to just drop a piano on him?

19 | What should Apple name its still-unnamed but ridiculously loaded-for-bear new streaming service? Or should they simply go with “Apple TV” and rename the actual streaming gadget? (Even Apple Watch is already spoken for!)

20 | Do you think that NBC, host of this year’s Emmys, is secretly hoping Roseanne Barr manages to snag a Lead Actress nomination? (She submitted herself before ABC dropped the ax.)