Imposters fans, how badly do you want another season after that ending? The recently cancelled Bravo drama wrapped up its run on Thursday with a tantalizing twist: After the group defeated the Doctor, Ezra answered one of the boss’ phones and pretended to be the doc.

As for how we got to that final scene: Sally was actually the one who killed the Doctor, while Maddie played decoy. Both women then took off — but Maddie was intercepted by Patrick, who arrested her for the murder. Elsewhere, the Bumblers agreed to meet up in six months before going their separate ways.

Below, creators Paul Adelstein and Adam Brooks reveal whether Ezra’s gone to the dark side and if fixer Shelly Cohen — who got knocked out by Jules — is still alive. They also discuss what they had planned for a third season. (For the latest on whether the series will be shopped to another outlet, click here.) 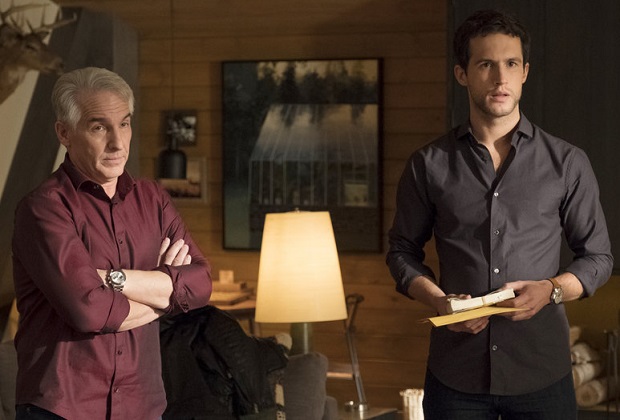 TVLINE | The Doctor is dead, but his operation seemingly lives on in Ezra now. What does it mean for Ezra to take on that persona?
ADAM BROOKS | From the beginning of the show, we often described him as a puppy dog… and he turns into a man. And that would have many different implications, one of which is that the con itself was something that was very seductive for him. As Maddie says, “You got the adventure you always wanted.” And then about a year ago, as we were starting to think about Season 2, we had this image of him as a kind of Michael Corleone, sitting into the Doctor’s chair, in the way that Al Pacino sits into the chair of his father at the end of The Godfather. So we were always playing with that notion of: What if the seduction of that was strong, especially after all of the things that he’s gone through — the loss of his father, his guilt, his increasing distance from his former life? It’s a really interesting twist. Of course, it would’ve been really fun to investigate what happens with all of that, and how deep it goes. But the idea that he was moving toward the con as Maddie tried to have a normal life was always at the center of the show, and at the center of their tension as rivals and lovers.

TVLINE | There isn’t that same darkness in him that there was in the Doctor. What kind of a leader as the Doctor would he have been? Did you give that any thought?
PAUL ADELSTEIN | We did, only a little, because we thought, “Well, how deep is he going to go into this?” There were various ways to go: He could abandon them immediately. He could find it disgusting. He could try to do it, and do it right. He could make it a Robin Hood thing. Or he could go totally to the dark side. We have all that written down on a piece of paper somewhere, but we certainly didn’t make any of those decisions yet.
BROOKS | But I don’t think it’s like, two days later, he’s the Doctor, [ordering] Shelly Cohen to, like, mutilate somebody. It’s not who he is, so that’s not what it would be. He’s more curious than he is settled in anything yet. He’s not done with this life, with the idea of being unmoored and living this kind of life. It’s sort of like Max’s character, [who is] in love with the life, the job, the con. He accepts the downsides of it because he feels alive doing it. And that’s what’s happening to Ezra. So I think he’s going to investigate if there’s a version of himself that can do that. I’m sure he’ll find out it’s much more complicated than he thinks. 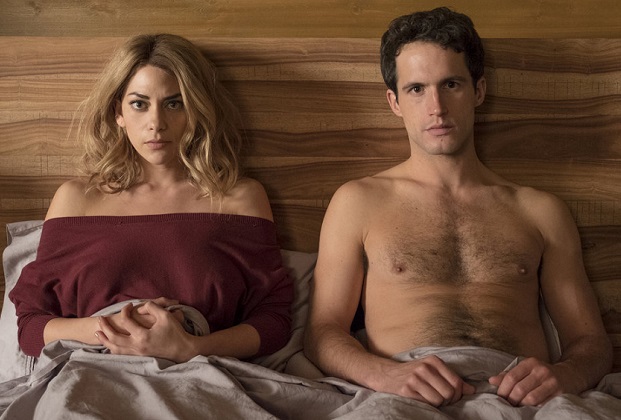 TVLINE | Has Ezra shaken Maddie?
ADELSTEIN | I don’t know if any of them will ever shake Maddie, or if Maddie will ever shake them. But certainly, he was ready to move forward with Sophia. Of course, we had some complications planned for that relationship, as well.
BROOKS | Whenever Maddie and Ezra are in a room together, neither one of them is safe from what might happen. And that won’t change. She, too, is not completely in control of herself when he’s nearby.

TVLINE | Everyone gets away fairly unscathed except for Maddie, who’s arrested. Why did you decide to give her the one potentially sad ending?
ADELSTEIN | I don’t know if she seems sad. There’s a sense of relief that she has. Her goal was accomplished, which was to free herself from the Doctor. One of our themes for Season 2 was consequences, and Maddie and the Doctor, obviously, have to pay the heaviest consequence. It seemed appropriate that after she comes to terms with herself a little bit at the Harbor, and then she moves forward into the world to try to make things right by eliminating the Doctor, that she has to face the music. It felt right to us.

TVLINE | With the Doctor out of the picture, would Shelly Cohen have become the primary antagonist?
ADELSTEIN | We never decided that. We certainly always relished the idea of getting Shelly and Lenny together to see what those two would be like in a room together. But Shelly and Lenny exist to do other people’s bidding. They’re not really interested in calling the shots. They just want to go out and be the sword of justice.
BROOKS | They’re a very fun potential wrinkle in anything that would’ve happened in Season 3. Paul’s always said, they’re a little bit sort of magic. They’re like from another universe a bit, and whenever they land on Imposters planet, it wakes and shakes the whole thing up in a great way.

TVLINE | Did Sophia keep Sally’s secret that Sally killed the Doctor, and that it wasn’t Maddie?
ADELSTEIN | Well, so far. The question would become: Does Maddie get charged with murder? Do they actually have proof that she murdered him? And does Sophia become a linchpin in all that?
BROOKS | And by the way, just to be clear: Sophia didn’t see the Doctor getting murdered. So what exactly happened or didn’t happen, she doesn’t know herself completely. And she has her own reasons to always suspect Maddie. We decided that nobody really breaks down and analyzes the whole thing. The Bumblers hate the idea that Maddie would have done it, and yet, there it is. They’re struggling with that because of what she means to them. And then they know that Sally is gone. It’s running through everybody’s mind, and all of them want to, but don’t want to deal with it. 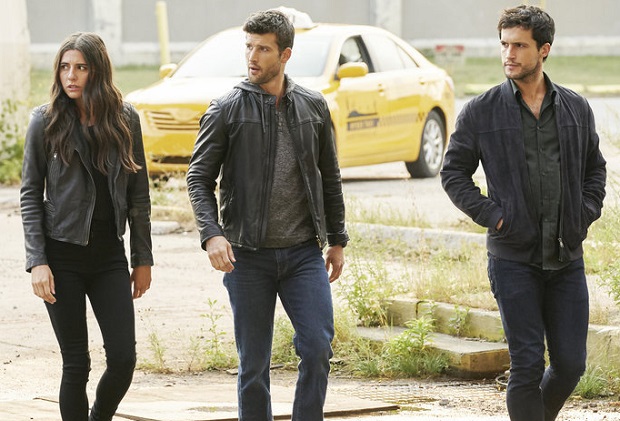 TVLINE | The show’s greatest love story was the friendship between Richard, Jules and Ezra. Where do you imagine they are in six months in light of that ending?
ADELSTEIN | We felt that it was time for them to go their separate ways, that they concluded this journey, but that they had developed a bond that was undeniable. We wanted to do justice to that, and we wanted to leave it open that they would be able to find one another again. So we didn’t really know what form that was going to take, but we certainly knew that they weren’t going to be out of one another’s lives.
BROOKS | We’d see how strong the “all for one and one for all” thing would go, and what their lives are like without each other and without all this adventure. Does Richard actually try to run for office? What are the issues [with] that? What’s it like for Jules to have a relationship now, or for Richard? So I think that by the time they do catch up to each other, there’s going to be a lot to unpack for them. Plus, whatever crisis is ongoing for any or all of them.

TVLINE | The Doctor’s phones made me wonder if we were ever going to meet any of the other teams working for him.
ADELSTEIN | We thought about Ernie from Cincinnati, sure. That’d be fun.

Imposters fans, what did you think of the series finale? Grade it below!