Thursday’s series finale (Bravo, 10/9c) finds Maddie, Ezra, Richard, Jules and the rest of the crew readying to take down their nefarious boss, the Doctor, once and for all. While Brooks promises “a certain kind of closure” for that storyline, some big twists might have viewers demanding another season. So is there any hope of the show finding a new outlet to call home? Read on for Adelstein and Brooks’ answer:

TVLINE | Obviously, at the time you wrote the finale, you didn’t know if the show would be coming back or not. What kind of finale did you craft?
PAUL ADELSTEIN | We had a theme for the season of consequences and what’s next. Because it’s a con show, just like Season 1, everything would build throughout the season [and] hopefully culminate in the finale. I think we did that well here. There’s a very clear through-line, emotionally, for all the characters, and then there are some big questions for them. … We didn’t intend it, obviously, as a series finale, but there are aspects of it that leave us in a place where certain aspects of the story have been resolved. There’s certainly enough out there for the audience’s imagination to wonder what’s going to happen next. 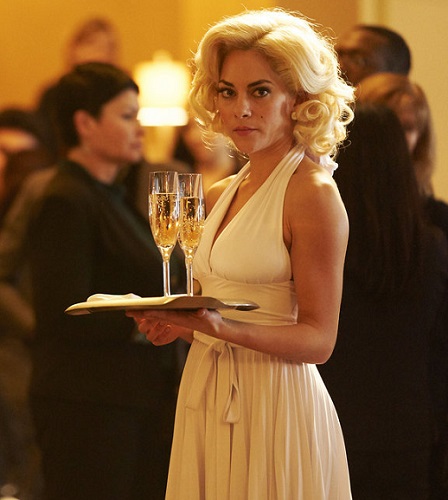 TVLINE | Can you tease what’s next with this last big con in the finale?
ADELSTEIN | Two-thirds of the way into the season, they go from running from the Doctor to deciding to take down the Doctor. One of the many wrenches that gets thrown into that plan is that they find out that Maddie, who said she’s been working with them, is actually going to be trying to kill him. So they have a last complication there, trying to do a very complicated con in order to entrap the Doctor for the FBI. And at the same time, they’re trying to keep their eyes open to see if Maddie’s going to make a play for the Doctor, which would totally screw them up. So there’s a lot of everybody working together, but maybe not trusting one another and looking over their shoulder.

TVLINE | Would you say that this finale will leave viewers with a sense of closure?
ADELSTEIN | No, not quite. [Laughs]
ADAM BROOKS | Like Paul said, it’s not [like] we were imagining this being the [series] finale. But when we looked at it that way, we [were] really happy that it doesn’t end on a certain kind of cliffhanger. That would be very frustrating for the audience. What happens in this finale with the Doctor, it does feel like the end of a certain part of our story. There is a certain kind of closure in all of that. And what’s left open, I think, can leave a lot to your imagination. I just saw the final [episode of The] Americans, where they don’t close every loophole, dot every I, cross the T’s. So I think it was an accident, but it worked out well that way. We hope that makes people want more. We hope that maybe one day, who knows, we’ll get to do more. It works better than we might have thought, given that we weren’t planning for it. [Laughs]

TVLINE | Were you surprised by the cancellation, or did you expect it?
ADELSTEIN | You never expect The Spanish Inquisition. It did really well on Netflix, and it was doing similar to [what] it did last year, but the economics of television are super complex these days. There’s a lot of content, as we all know. Unless something is an absolute zeitgeist hit, then nothing is necessarily safe. So I think we were always cautiously optimistic. [We’re] obviously disappointed, but we were realistic, as well.

TVLINE | Are there any plans to shop the show elsewhere?
BROOKS | We’re investigating that, and we’ll see. That’s always going to be a bit of a long shot. We have a very passionate fanbase, and they’ve been vocal to some extent on social media. We’ll see what happens. Certainly, we’d love for that to happen. We’ll see if that’s a possibility. Sometimes, these things can happen. You never know.