Warning: The following post contains spoilers from Wednesday’s series finale of The Americans. Don’t peek behind this iron curtain if you don’t want to know.

We were expecting bloodshed… and we shed tears instead.

FX’s Cold War spy drama The Americans drew to a close on Wednesday with a magnificently heart-wrenching series finale that, shockingly, didn’t end with any characters dying. Instead, Philip and Elizabeth fled back to their homeland of Russia physically unscathed… but without their children Paige and Henry, who both remained back in America. (Henry was left out of the loop entirely, but Paige chose to ditch her parents and get off a train just before it crossed the border to Canada.) Stan confronted the Jennings family with his suspicions, and got them to come clean — but let them escape without stopping them. Oh, and Philip warned Stan that his wife Renee might be a spy, too (!).

After we downed a ceremonial shot of vodka to steady our nerves, TVLine reached out to executive producers Joe Weisberg and Joel Fields to dissect the series finale. Read on for their take on Philip and Elizabeth’s “new start,” why they decided to not reveal Renee’s true identity… and how they chose an iconic U2 hit as the soundtrack for one last ’80s montage.

TVLINE | You’ve said that you’ve had the ending for the series in mind since Season 2. So how closely did this ending match what you had back then?
JOE WEISBERG | Joel and I were just having a conversation about this earlier: I think that Joel thinks it’s identical, and I think it’s almost identical. 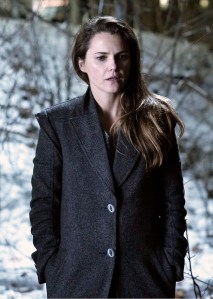 TVLINE | The series finale is titled “START,” and that refers to the U.S.-Soviet arms treaty, but is that ending also a new start for Philip and Elizabeth, and their marriage?
JOEL FIELDS | I think so. It’s both a new start, and a continuation. At this point, they’ve made it through everything any couple could ever have to endure together, and they’ve managed to stay together. So in that way, they’re proceeding from a strong base. But on the other hand, oh my God! They’re now going back to this country that both of them left so long ago, and don’t know anymore. They’re starting over without their kids, which anyone can imagine how horrible and tragic and painful that’s going to be. We often talk about the show as about immigrants. They had, in a sense, immigrated to America, and one of them wanted to assimilate more than the other, but they made that trip. And now you can say they went back home, but in another way, they’re immigrating again. So it is a new start, in another way. And who could’ve put it more stoutly, steadfastly, painfully and beautifully than Elizabeth when she says, “We’ll get used to it”?

TVLINE | The biggest surprise of the finale for me: No one died! I was tense right up until that final car ride with Philip and Elizabeth, thinking they might get whacked. Is it almost more sad, though, to force everyone to live with the consequences of their actions?
FIELDS | Well… it depends on your belief about the afterlife, I suppose. [Laughs] But for us, it was always going to be about the character drama. That’s what we’ve been following all along, and it felt totally right that that’s what we’d follow through the final frames of the show.

TVLINE | The scene with Stan in the garage: It felt like six seasons had been building up to that moment. Was that a scene that you had in mind for the finale way back in Season 2?
WEISBERG | No, that was not planned. That was not part of the ending that we figured from the beginning. I think we always assumed that there would be a confrontation, that Stan would either figure out, or that, one way or another, they would have to face off. There’s too much to be confronted in those relationships, so that seemed to want to come to a head. But we didn’t know that it would happen like that. 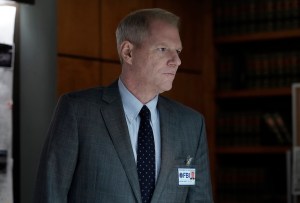 TVLINE | So why did Stan decide to step aside and let the Jennings family go, when he had them cornered?
FIELDS | You know, that falls into the category of questions we want to let the audience come up with their own answers to, rather than impose our own on it. We can certainly give you an answer. We have answers. But we want to sort of let the story speak for itself on that one. People will come up with different answers, and their own interpretations of where Stan’s at, and what happened during that scene to bring him to that point.

TVLINE | What kind of consequences is Paige facing now, after having stepped off that train?
WEISBERG | Well, first of all, the consequences she’s going to face for everything that’s happened, on an emotional and personal level, are obviously extreme. But the question of whether or not she’s going to face legal consequences, I think, is a little bit muddy. I don’t think we know the answer to that. It’s possible that the FBI may not have evidence about anything she’s done that’s clearly a crime. So she may not be in any kind of extreme legal jeopardy, as long as she doesn’t walk herself into a corner. We don’t think that it’s clear she’s headed to jail. 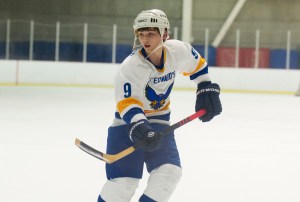 TVLINE | Will Henry ever be able to live a normal life? Is this the best-case scenario for him, out of a very bad situation?
FIELDS | We always talked from the beginning about Henry as the one who, in that whole family, was really the one American. Paige seemed to have inherited her parents’ Russian soul, along with some American soul, too, from growing up. But Henry didn’t seem to. Henry seemed to really be an American kid, and to have the best chance of surviving all the stuff that came with growing up in that family. Now, nevertheless, here he is now, at the end of this thing, experiencing this incredible trauma. And we can’t tell you what’s going to happen. We don’t know what’s going to happen! But those are some of the forces at play.

TVLINE | Oleg might be the one to face the most consequences from all of this. It was really kind of heroic of him, though, right? He was willing to spend the rest of his life in prison because this was that important to him.
FIELDS | Yeah, that’s a high price he paid. That’s something you try not to think about when you take those risks. But ultimately, there he is. He’s left a lot behind, and he and his family are suffering a lot. For me and Joe, that’s our sweet spot: making everybody suffer. [Laughs] 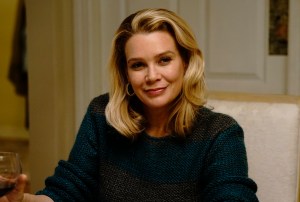 TVLINE | You left the question of whether or not Renee is a spy unanswered. Was that to leave Stan wondering about who he’s sharing his bed with?
WEISBERG | Well, that’s certainly something that’s going to hang over his marriage a bit, one would think. To us, in a way, we thought that [revelation from Philip] was a powerful thing to give [Stan], in terms of his own struggle, but also in terms of who Philip had become, and where their relationship was at. Philip wasn’t going to walk out of that garage without telling his friend what he thought might be possible there, even if he wasn’t sure.

TVLINE | You gave us one final killer montage, set to U2’s “With or Without You.” Was that a song you had tucked away in your back pocket for the finale?
FIELDS | Not at all. In fact, we really struggled to find the right song for that. I think when we first had the idea to try that song before we even put it up against picture, the first thing we did was scramble for our iPhones to see when it had been released. Because we didn’t want to fall in love with it and then find out that it had come out two months after the events of the finale, and not be able to use it. But sure enough, it had come out that year, and we listened to it again against picture, and it just couldn’t have been more magical.

TVLINE | Any storylines that you wish you had time to get to in the final season, and just didn’t have room for? Did you ever think about checking in with Martha again, for example?
WEISBERG | Not really. I think we knew that story was over. We love how it ended last season, so we didn’t want to return there this season. And no, there really wasn’t anything else. I think one of the nice things about having the luxury of the time to tell the stories we wanted to tell, and knowing two seasons in advance that we’d have two more seasons, is we were really able to tell every story we wanted to tell, the way we wanted to tell it. It’s hard to even express what a good feeling that is, when you’ve worked this long on something, and so many people have put so much into it, to feel that you don’t have to leave anything out there hanging, or anything untold. It’s a great feeling.

Alright, comrades: Now it’s your turn. Grade The Americans‘ series finale, and Season 6 as a whole, in our polls below, then hit the comments to share your post-finale thoughts.