Call it the baby bump: Grey’s Anatomy‘s Kim Raver — whose character, Teddy Altman, was unexpectedly revealed to be expecting in last week’s season finale — will be returning to the ABC drama next fall as a full-fledged series regular, TVLine has learned. 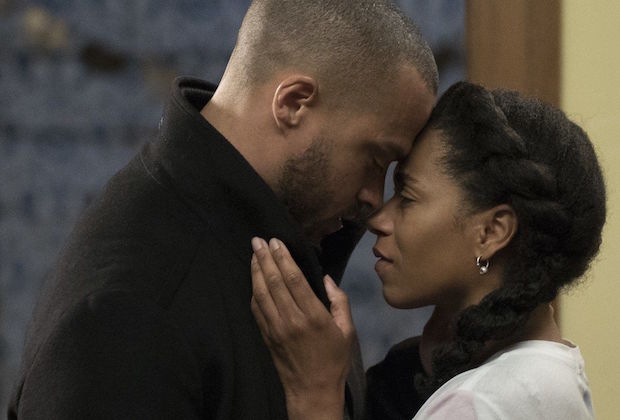 “I am thrilled to reprise the role of Dr. Teddy Altman as a regular,” Raver said in a statement. “Returning to Shondaland with the incredibly talented [showrunner] Krista Vernoff, Ellen Pompeo and the amazing cast is heavenly. I have a special place in my heart for Teddy and feel very lucky to have the opportunity to continue her story.”

The Teddy pregnancy cliffhanger — which TVLine deemed the third most memorable Season 14 moment — occurred in the final seconds of Thursday’s finale. While watching a wedding over FaceTime with the hospitalized mother of the bride, a tearful Teddy admitted she was having a baby. The twist will likely throw a monkey wrench into baby daddy Owen’s burgeoning reconciliation with ex Amelia. Also in the finale, Bailey offered Teddy the job of interim chief — an offer, it’s safe to now assume, she will accept.

Raver — whose initial series-regular stint with Grey’s ended in Season 8 — returned this past season on a recurring basis. Her upgrade comes as Grey’s heads into Season 15 sans longtime cast members Jessica Capshaw and Sarah Drew.