Now that ABC has cancelled Kevin (Probably) Saves the World, we’ll (probably) never know if Jason Ritter’s unlikely hero was successful in his mission. But we can give you a taste of what was supposed to come in Season 2.

As you’ll recall, the dramedy’s Season 1 ender concluded in March with Amy learning the truth about her brother’s quest and his friend, “warrior for God” Yvette. Speaking to TVLine for a finale post mortem, co-creators Tara Butters and Michele Fazekas hinted that bringing Amy into the loop would create more challenges for Kevin and Yvette. 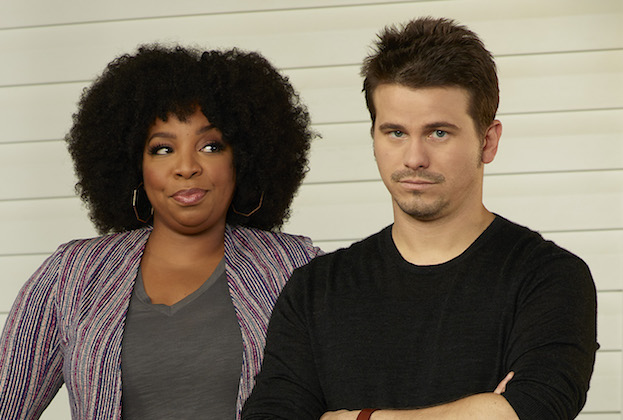 “I don’t know how willing Amy is going to be, initially, to help out,” Fazekas said. “I think she is going to have a lot of questions and a lot to say to Yvette. That is a really interesting relationship to explore, because they’re two strong, smart women who are not necessarily on the same page. Neither one of them is a bad guy, but they have very different viewpoints. And in some ways, I think it’s going to be harder for Yvette, because she’s not going to be able to push Amy around like she can push Kevin around.”

The revelation also presents “an interesting change to, potentially, Kevin and Amy’s relationship, because they’re twins,” Butters noted. Added Fazekas: “Why was he righteous and not her? I think Amy is like, ‘You chose the wrong one on all levels. You chose the most incompetent one.’ Which also goes to her ‘What kind of decision-making process does God have? What’s happening?’ [questioning].”

One member of the family, however, was fated to stay in the dark, with Yvette only allowing Kevin to spill the beans to his sis. “That’s going to be hard for [Amy’s daughter] Reese, because now she knows that her mom is in on something that she’s not in on,” Fazekas shared. “And Reese has been sort of on board [since] way earlier, so that’s a hard thing for Reese to deal with.”

Are you bummed that you won’t get to see these Season 2 plans play out? Hit the comments with your thoughts.