Desperate times called for desperate measures on the (season? or series?) finale of Kevin (Probably) Saves the World.

As Tuesday’s episode was wrapping up, Yvette realized that her loss of control over her powers meant that she and Kevin needed help. At the same time, Amy was demanding answers from her brother, and she got them when Yvette allowed Kevin to tell his sister the truth. Of course, she didn’t believe him — until Yvette appeared and declared herself a warrior for God. Amy’s reaction? She fainted!

Below, showrunners Tara Butters and Michele Fazekas talk about bringing Amy into the loop and how it might impact Season 2 — if the series is renewed. (Yes, we also got the latest on the show’s renewal odds.) 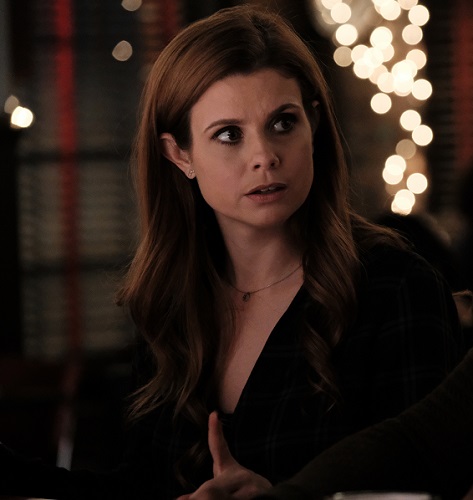 TVLINE | Why was now the right time to reveal the truth to Amy?
TARA BUTTERS | When we were talking about in the writers’ room, we kind of likened it a little bit to a superhero in the sense that, usually in all the superhero shows, there’s not a season that you can keep certain information from people that are very close to you in your life. And so it felt like if we are lucky enough to move into a Season 2, you need to expand that knowledge and open up the world. Amy, who has her own personal story of losing her husband and raising her daughter, might have a very different reaction to the news that Yvette exists. So I feel like it really leads to potential stories to tell in the second season, and it opens up our world.

TVLINE | Yvette says that they need help, and then she reveals the truth to Amy. What can Amy bring to the table in regards to this mission? Science, and maybe a logical solution to what’s going on with Yvette?
MICHELE FAZEKAS | Perhaps. I also just think they need somebody… I don’t know how willing Amy is going to be, initially, to help out. I think she is going to have a lot of questions and a lot to say to Yvette. That is a really interesting relationship to explore, because they’re two strong, smart women who are not necessarily on the same page. Neither one of them is a bad guy, but they have very different viewpoints. And in some ways, I think it’s going to be harder for Yvette, because she’s not going to be able to push Amy around like she can push Kevin around.
BUTTERS | I also think that it’s an interesting change to, potentially, Kevin and Amy’s relationship. Because they’re twins. Obviously, they’re a boy and a girl, but they’re twins.
FAZEKAS | Why was he righteous and not her? I think Amy is like, “You chose the wrong one on all levels. You chose the most incompetent one.” Which also goes to her “What kind of decision-making process does God have? What’s happening?” [questioning].

TVLINE | So now that Amy knows, would it make sense to tell Reese and Kristin, too?
FAZEKAS | It probably would, but they’re not going to be able to. Yvette’s opening it up to this one other person. That’s going to be hard for Reese, because now she knows that her mom is in on something that she’s not in on. And Reese has been sort of on board [since] way earlier, so that’s a hard thing for Reese to deal with. 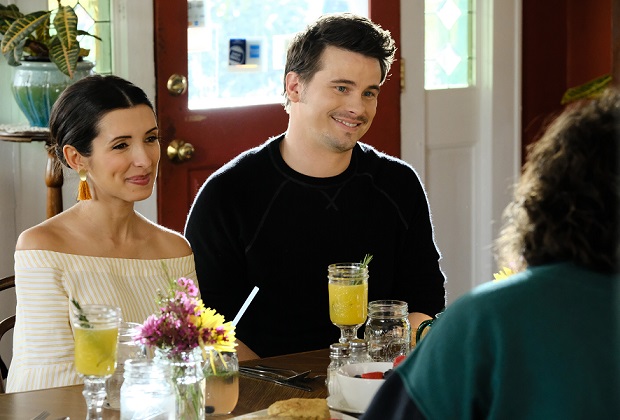 TVLINE | Kristin is the most understanding girlfriend ever for someone who doesn’t know anything about what’s going on.
FAZEKAS | [Laughs] The way we always designed Kristin was: She’s a person who knows who she is and doesn’t have to prove herself and doesn’t have to explain her choices. So when you are that centered, and you accept yourself for who you are, you can accept other people for who they are. And so that’s why she’s sort of perfect for Kevin… But it comes from her own inner strength. It’s not about her, like, sacrificing what she wants for someone else. It’s like, “I’m cool with who I am, which means I’m also cool with who you are.” 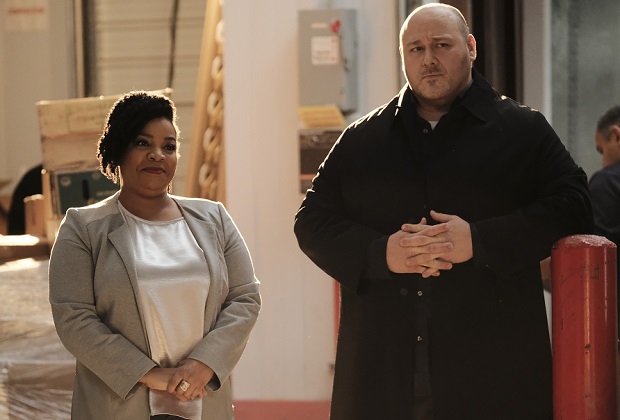 TVLINE | With Yvette continuing to change and break down, will a potential Season 2 delve more into where she comes from and what she is?
FAZEKAS | Absolutely. There is endless opportunity to explore more about her. Kevin is on a need-to-know basis. And the interesting thing about having Amy in the fold is: Amy is not necessarily going to take whatever Yvette’s answer is as the answer. She’s going to demand a lot more. And then even with Dave, Will Sasso’s character, they assume that Dave is dead. I don’t know that dead always means dead. That’s the great thing about a show like this, where you can make your [own] rules. … [But] I never want see where they’re from, because that will never be that interesting. I always feel like, in some ways, it’s more interesting to leave that to the viewer.

TVLINE | I spoke with Jason [Ritter] a couple of weeks ago about the show’s renewal odds. What kind of feedback are you getting from the network? Are they giving you any hints about which direction they’re leaning in?
FAZEKAS | We’ve been with ABC for a while. ABC typically doesn’t make final decisions until right around the time of upfronts. I know they love [Jason Ritter]. I know [ABC President] Channing [Dungey] has said they love, creatively, where the show is. So that’s all we know. You have to operate under the assumption, “We’ll get a second season. Let’s set ourselves up for a good second season.” … There are so many other factors: It’s how their pilots come in, how the rest of their season goes, and what their schedule is going to look like. So there’s a million different things that go into their decision making, and because they’re all out of our control, it’s like I can’t even bother spending a lot of energy on it, because I can’t do anything about it.

We could just do a really great show that we love, and try and stay true to the spirit of the show, which I think we’ve done. … Shows have a medical franchise or a law franchise or a police franchise, and our franchise is kindness, which makes it hard to put in a category, but the crew and the cast so embraced that. They’re like, “I love coming to work. I love being able to come and watch Jason Ritter be ridiculous every day.” They’re so into it in a way that I’ve never really experienced in any show, so it’s lovely and great.

What did you think of Kevin‘s season ender? Grade it via the poll below, then hit the comments to back up your pick!