All of Kevin (Probably) Saves the World‘s secrets are in danger of being exposed.

Beginning with this Tuesday’s episode (ABC, 10/9c), the titular savior’s feelings for his ex Kristin, his family’s suspicions, and “warriors” Yvette and Dave’s human-like vulnerabilities all start to come to a head, star Jason Ritter tells TVLine in the following Q&A. And one of those storylines leads to “a big game-changer.”

TVLINE | The last episode ended on a sad note between Kevin and Tyler. How will Kevin go about trying to repair their friendship?
He enlists Kristin to help him try to figure out a way to win Tyler back over. Up until this point in his life, people have come into his world and gone out of his world. I don’t think he ever tried to apologize to someone or win someone back. He’s taken a lot of people for granted. So it’s complicated. He’s sort of learning how to apologize. He goes to some extreme measures to try to win Tyler back. It’s really tough to have Tyler mad at you. Even when we were acting, it was tough for me. I don’t know what I would do if [actor] Dustin [Ybarra] was that angry at me. It was very difficult. I had to keep reminding myself that it wasn’t real. [Laughs]

Watch an exclusive sneak peek of Kevin’s fireworks apology and Tyler’s unexpected reaction, then scroll down to keep reading.

TVLINE | As you mentioned, Kevin enlists Kristin’s help in this endeavor. How will their relationship evolve in the process?
They have a lot of complicated history to get over. There’s a sort of push and pull. There’s a lot that she would need to see from him, I feel like, to open herself up to something like that again, to make sure he’s serious. So it definitely evolves over the course of the last three episodes… There’s some starts and stops. Her friends have some opinions about it. 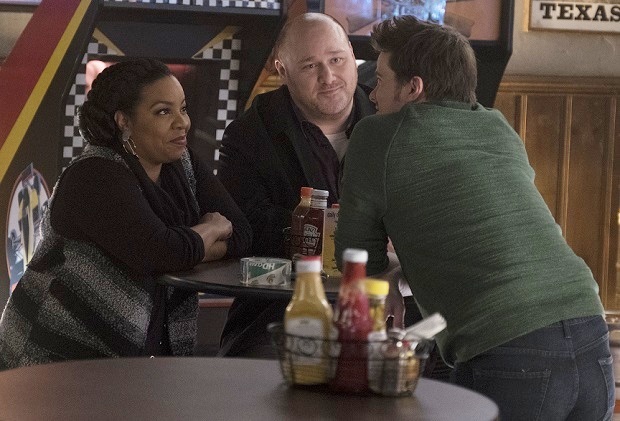 TVLINE | Yvette and Dave are exhibiting human characteristics. Does Kevin come to suspect that something is going on with them?
That becomes a huge storyline. Something happens to Dave, and it’s impossible to ignore. Yvette and Dave, they all have to come to terms with telling the truth — which is a scary thing to learn that someone that you thought was guarding you from all harm is not impervious to harm and not perfect. All of a sudden, there is real danger for Kevin and Yvette and Dave. It’s a big game-changer in the last couple episodes as that gets worse and worse.

TVLINE | Speaking of the truth, Kevin has somehow managed to keep Amy and Reese’s suspicions at bay, despite exhibiting some really strange behavior.
[Laughs]

TVLINE | Very strange. There are lots of scenes where you talk to air, and I’m like, “Why are these people not more curious about what’s going on?”
[Laughs] The walls start closing in on that endeavor, as well. Starting with this [week’s] episode, it becomes more and more apparent that this is not going to be something that can just be kind of ignored forever. As sisters and nieces are concerned for their uncle’s well-being, they snoop a little bit more. And Dave and Yvette becoming more human ties into that. The loss of control that they have over their abilities starts to really threaten their anonymity. 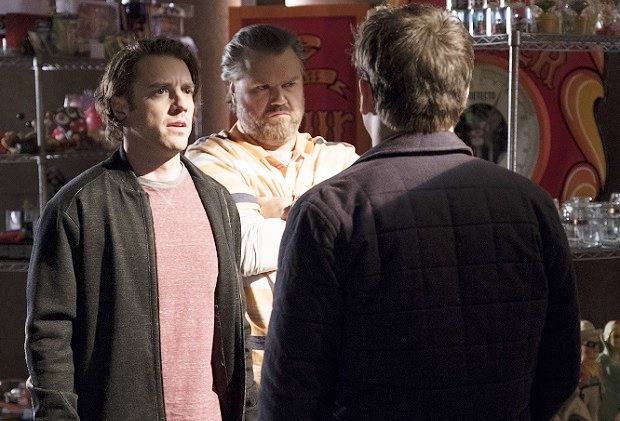 TVLINE | You also have Bret Harrison and Tyler Labine playing their Reaper characters in this Tuesday’s episode. I know you weren’t on Reaper, but what was filming that scene like for you?
It was so fun. I think, especially for people who are fans of Reaper, it’ll be really fun to see those characters again. There are all these visual clues in the set decoration [about] what they’ve been doing all these years.

TVLINE | What indicators are you getting about the show’s renewal odds?
I never really know. I just hope that people watch these last three episodes or catch up. There’s so many different things in the air. [ABC has] to do new pilots. We’ll probably know at the last second. But I think a good indicator [will be] how many people watch these episodes, which I hope is a lot. 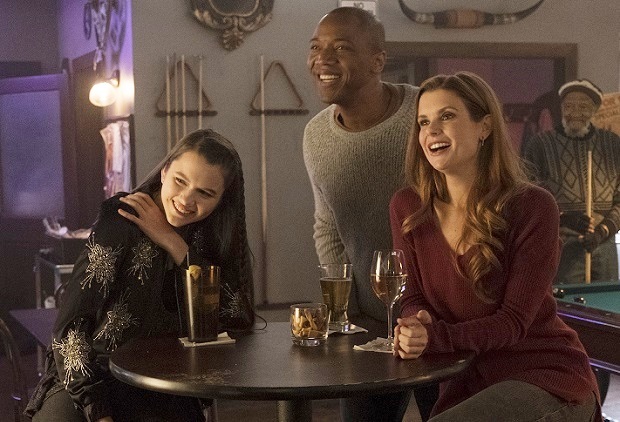 TVLINE | The show is very hopeful and optimistic and kind. Do you feel like it’s important for a program like that to be renewed, because there isn’t a lot of that on TV these days?
I do. I really do. That was one of the things that I responded to so strongly in the pilot. [In] this period of time where it’s gotten so cutthroat, you [have] people online verbally brutalizing each other. It’s so easy to dismiss other people’s humanity through a computer monitor. So I do think it’s important. We have a lot of dark shows, and not a lot of shows that are… [Creators] Michele [Fazekas] and Tara [Butters], when they were talking about the show, initially, their theme was [for] it was: “Don’t be a jerk. Stop being mean. And even a little bit of kindness goes a long way.” It’s nice to have a show that shows how that can work, even if you don’t have a warrior from God prodding you to do nice things. [Laughs] You can just do it on your own.