We’ve got questions, and you’ve (maybe) got answers! With another week of TV gone by, we’re lobbing queries left and right about shows including NCIS, Lethal Weapon, The Big Bang Theory and Chicago Fire! 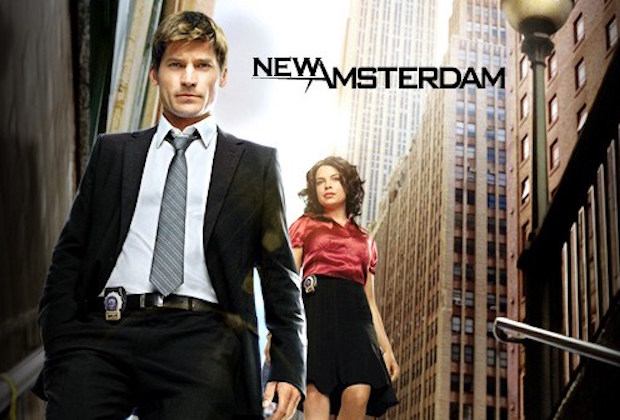 1 | When NBC named their new medical drama New Amsterdam, did they forget about the one-and-done Fox drama of the same name, starring a pre-GoT Nikolaj Coster-Waldau? And doesn’t Fox’s new legal drama Proven Innocent — a team of lawyers work to exonerate the wrongly convicted! — sound a lot like ABC’s one-and-done Conviction?

2 | Once Upon a Time‘s Victoria sure got a headstone fast, didn’t she? And, wait, Storybrooke had a college all this time? What?

3 | How many Fear the Walking Dead viewers were surprised to learn that the Laura for whom John has been looking was Naomi, not Madison? And does anyone really believe that Naomi is dead?

6 | After Supergirl‘s Alex received a new “suit” this week, is anyone else just itching to see her go full hero — secret identity, costume and all? 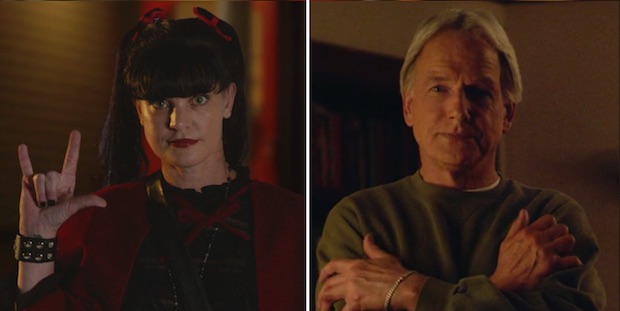 8 | Why do The Flash‘s assorted “councils” of Wells doppelgängers fail to amuse us as much as they should?

9 | On The Middle, wouldn’t Brick admitting to the waitress he was underage have disqualified him from the bar trivia competition?

10 | Did Roseanne‘s Muslim neighbors episode remind anyone else of a similar Carmichael Show episode that aired just two years ago? 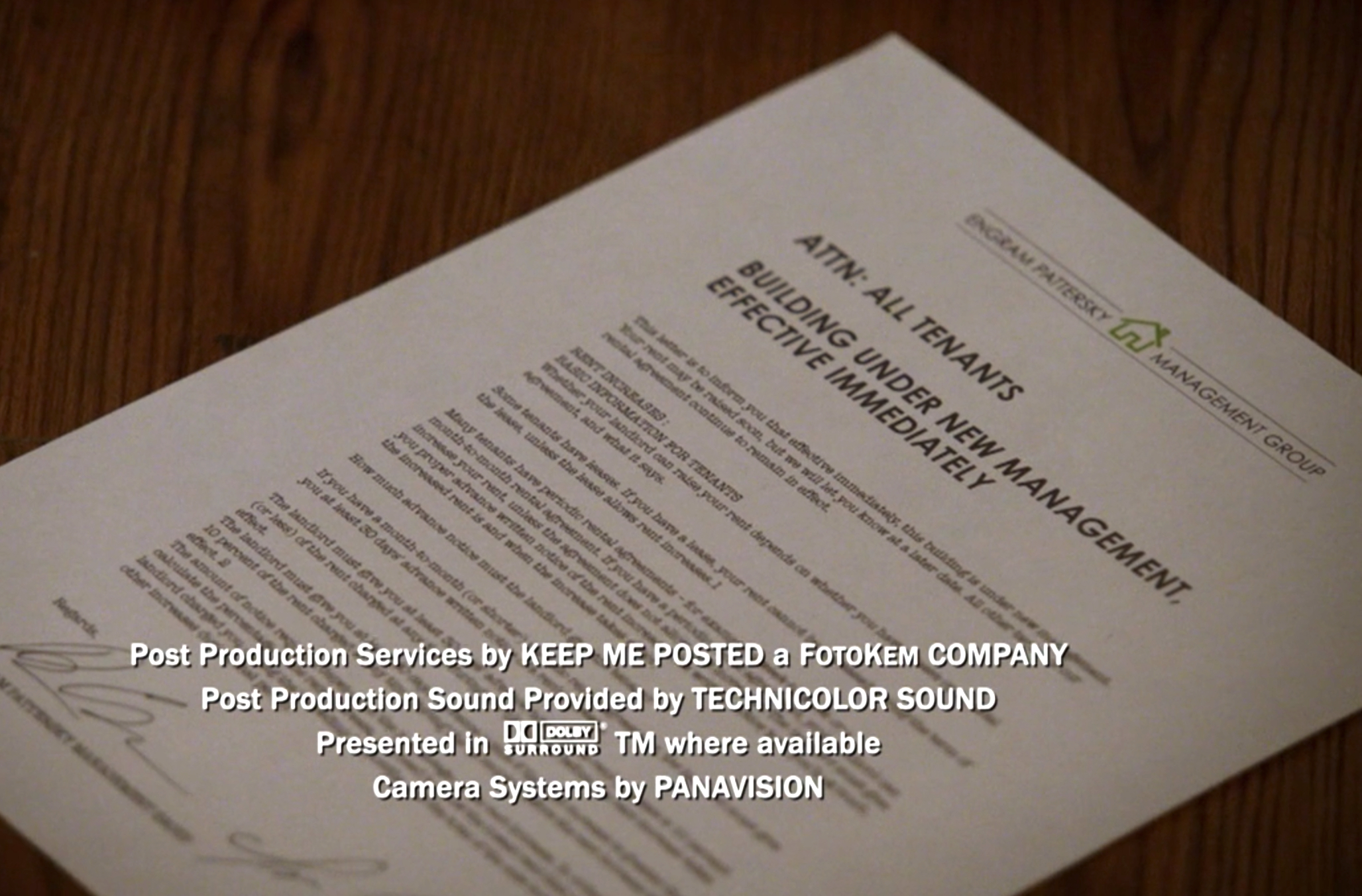 11 | Has New Girl completely forgotten about the building notice slipped underneath Apt. 4D’s door at the end of the season premiere? Or do we suspect it’ll come up in the series finale?

12 | What are the chances that Lethal Weapon‘s final sequence was part of the episode before Clayne Crawford’s on-set controversy became public?

13 | Did any other Chicago P.D. viewers initially think that maybe Olinsky and Voight had orchestrated a plan to fake that death?

14 | Does Code Black need to dial down the “emotional” background score? 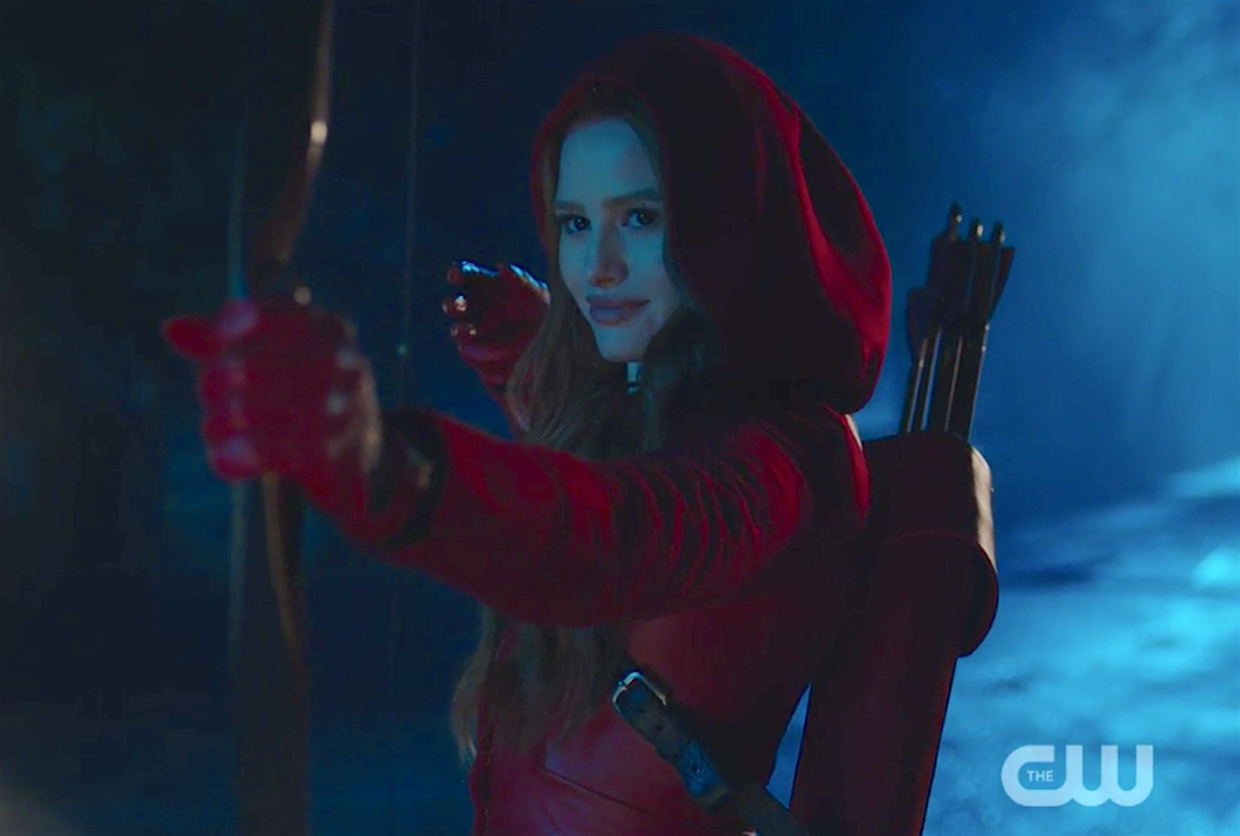 15 | Can we get Riverdale‘s Cheryl “Red Archer” Blossom a crossover cameo on Arrow? And if Betty’s dad Hal really is the Black Hood, wouldn’t Archie — who’s lived next door to him his whole life — recognize his eyes?

16 | Did SEAL Team‘s Medders reveal surprise you? Or did his last outburst detailing Jason’s baggage tip the show’s hand?

17 | Looking at so many important Grey’s Anatomy doctors and department chiefs hovering over April’s bed at the same time, were you kinda worried for any other patients in the hospital? And regarding the April/Matthew 2.0 romance: A) do you wish it hadn’t happened off-screen, and B) did Arizona’s romantic speech sell any of you cynics on it?

18 | With so much ground to cover and so many very special guest stars to service, why the heck wasn’t The Big Bang Theory‘s wedding-themed finale super-sized to an hour?

19 | Gotham fans, didn’t you always wonder if that ginormous clock tower would ever get blown up? And be honest: Wasn’t Jerome a better proto-Joker than monotone, stoic Jeremiah?

20 | Should Chicago Fire‘s Severide have told Stella that Renee kissed him? And did the finale need a scene of him pushing Renee away to assure you that it’s really over between the exes, and nothing else happened?

21 | Who’s hoping the Quantico Season 3 DVD extras include the outtakes of Ryan’s preparation to go undercover at the leather bar?

22 | Couldn’t Mom have at least made mention of Christy’s kids (Violet and Roscoe, if you remember!) attending her graduation?

23 | Is Netflix trying to kill the topical Joel McHale Show by changing its release strategy from weekly to all-at-once?