When he was coming up in showbiz, Titus Welliver knew prosthetics existed that could make actors appear bulkier on screen. He just couldn’t fathom why you’d put them on your body.

Memories From the Set: Titus Welliver 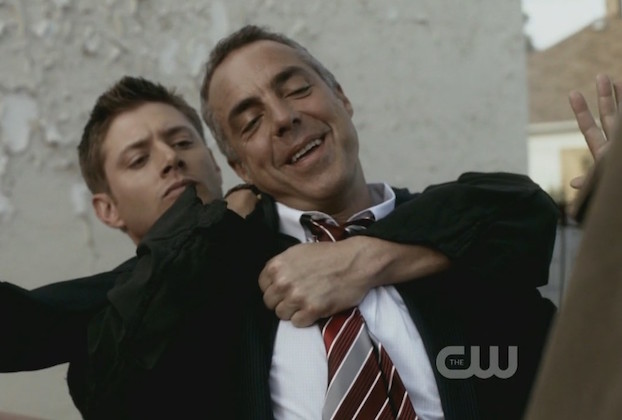 “Why would you wear a fat suit?” he says he remembers thinking. “I was this young actor, and [Robert] De Niro was my hero.” After De Niro famously gained 60 lbs. to take on the role of boxer Jake LaMotta in the 1980 film Raging Bull, “I was like, ‘Yeah, that’s what acting’s about,'” he recalls. “You really want to disappear.”

He chuckles. “Of course, the difference was that Robert De Niro had a dietician and a physician very carefully monitoring him putting on that weight and then taking it off, whereas I was just like this actor who couldn’t afford to even hire a personal trainer to take all that weight off.”

Welliver’s weight eventually dwindled — and the thug roles with it — but plenty of others took their place. TVLine recently got the Bosch star to reminisce about some notable TV parts from his nearly 30-year (and counting) career. Click on the gallery above (or go to it directly here) as Welliver looks back at hugging trees on The X-Files, being a bagman on Deadwood, scaring up some smoke on Lost and more.