Quantico is back Thursday (10/9c) with a new showrunner, some new cast members and yet another reset of the ABC spy drama. (Don’t worry: There’s still just one timeline.)

At our last rendezvous with FBI/CIA agent Alex Parrish and her fellow elite spites, they’d just taken down a crooked president — in part by breaking the law, as well as faking Alex’s death. When she had to go into hiding afterward, sometime boyfriend/fellow G-man Ryan decided to chuck it all and get on the plane with her. 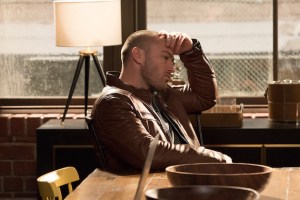 But three years’ time has passed between the end of the Season 2 finale and the Season 3 premiere, and executive producer Michael Seitzman says messing with the series’ central couple was a high priority after taking over from previous showrunner/series creator Joshua Safran, who stepped down at the end of Season 2.

“My first order of business was to figure out, if the last season ended with them together, what do I do to pull them apart?” he tells TVLine. “I was a fan of the show, and I was a fan of everything Josh did. I had to figure out how to make it work for me, but also how to allow it to take a big step forward.”

Also on his mind: drawing in new viewers, who might not know or care about what happened in previous seasons, while respecting those who’ve been around since the powder blue Henley days. “I wanted them to feel like they could get on this bus right here, right at this bus stop,” Seitzman says. “I wanted to reset the relationships. So for starters, I thought, ‘Well, maybe you start three years later.’ That buys you a lot. A lot happens in three years, right?” 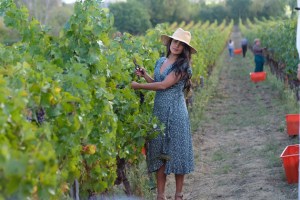 Of course, we can’t tell you exactly what took place in those years. But here’s the few pieces of key intel we can share. Alex essentially is reenacting Under the Tuscan Sun in Italy, complete with the dreamy love interest and sun-drenched vistas, except no one knows her real name —and danger does have a way of finding her, doesn’t it? Shelby winds up as a hostage for an international arms dealer who wants a very specific trade for the blonde’s life. Meanwhile, Harry’s got an excellent-paying civilian gig that is way beneath his skill level, and Owen — of course — has a plan for all of them.

That plan includes the involvement of Jocelyn Turner, a deaf FBI agent played by Marlee Matlin (Switched at Birth), who becomes something of a wise counterpart for Blair Underwood’s character. (The team will gather a few more members, including musician Alan Powell as undercover agent Mike McQuigg, as the season progresses.)

Seitzman worked with Matlin when she guest-starred on his CBS medical series Code Black, and says he’d been hoping for an opportunity to repeat the experience. “We haven’t seen that before, a deaf spy, you know?” he says. “This is a great puzzle for the writers and me, a weekly problem for us to solve: How do we, just from a creative perspective, fold that character into the dynamic? For example, how do you deal with things like when they’re all on the coms, talking to each other wirelessly? How do you deal with that?” 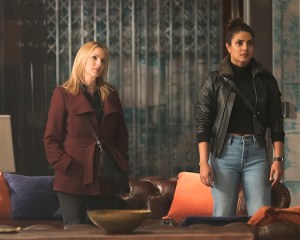 Matlin, via interpreter Jack Jason, tells TVLine that her first episode included something of a learning curve. “I wanted to ascertain who she was. I wanted to get an assessment of her temperament, how she handles crises, how she works with the team, how she interacts with other members, being that she… depends on lip reading [and] signs.” After taking it all into account, she says, she decided that the accident that rendered the character deaf years earlier “changed her demeanor, so she was more careful. She put thought into everything she did as a result of what happened to her.” Matlin laughs. “Totally the opposite of me.”

Seitzman says that most of the cast — with Underwood and Chopra as standouts — has picked up at least the rudiments of American Sign Language over the course of shooting the season; in the series, most of the team is fluent, thanks to an immersion course at the FBI. In addition, “Jake [McLaughlin] figured out very early [that] we have to be facing her, right? So we have to change the blocking of the scene, because how is she going to hear us if we’re not looking at her when we’re talking to her.”