Warning: The following contains spoilers for Sunday’s Season 8 finale of The Walking Dead. Read on at your own peril.

No sooner had Sunday’s Season 8 finale of The Walking Dead brought to an end the AHK/Saviors battle — with Negan being spared the death penalty — than it appeared that a civil war was brewing between Rick and Michonne, and Maggie and Daryl. Here, to justify the decision that sparked the new conflict, as well as to address the other game-changers in “Wrath” and offer a preview of Season 9, is outgoing showrunner Scott Gimple (who’s leaving that post to become the franchise’s chief content officer). 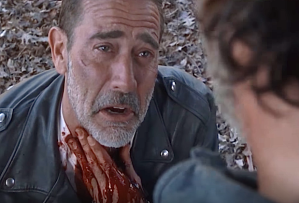 TVLINE | Of all the people that Rick had killed, why did Negan have to be the one to get a pass?
Well, Rick was probably also asking that question. I don’t think he intended to [let Negan live]. I don’t think he wanted to. He just determined in that moment that he had to after crossing the line that he did, invoking his son’s name as a ploy. After doing that, he felt he had to. He finally heard what his son was saying and agreed with him that there had to be this big gesture to truly put an end to it all.

TVLINE | Was there any discussion beforehand of actually letting Negan die?
Along the way, we kick around each iteration [of an arc]. But really, from the inception of the story, I knew I wanted to emulate the comic. When I read it, I really liked what it was saying, so I wanted to try and fulfill that and even make it bigger.

TVLINE | Rick would’ve given Maggie some warning, right, if he hadn’t made that snap decision in the moment?
Yeah, there was no warning Maggie, because there was no warning for Rick himself. He was in denial — like, “Maggie, I’m gonna kill him, I’m gonna kill him… ” He kind of pushed against any other possibility, not allowing it to even enter his mind that there would be mercy. He couldn’t open the door to it till he invoked Carl’s words to get the opportunity to cut Negan’s throat. It was only after he did that that he could hear what his son was saying to him and understand what his son wanted him to do. But I will say, when he called Siddiq over to help, would Rick have been heartbroken if he didn’t save him? I don’t know, but he knew he had to try. 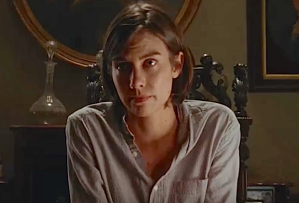 TVLINE | Am I right in thinking that Rick/Michonne vs. Maggie/Daryl will be a driving force going into Season 9?
What Maggie has said to Daryl and Jesus was, “The Hilltop is going to flourish… I’m going to lead this place and make it work. But after that, I have this little thing on my to-do list, and it has to do with Negan.” That’s the main thing. It isn’t like, “I wanna get Rick!” or something like that, it’s about Negan.

TVLINE | Really? Because it seemed pretty threatening to Rick and Michonne to me.
Make no mistake, no one is getting in front of Maggie to stop her. That’s where there is danger and potential conflict.

TVLINE | Is it safe to assume that some kind of agreement has been reached for Lauren Cohan to continue on as Maggie?
We’re talking about that, and we will be telling peeps what’s up with all that soon. But obviously, we’re going to do something. Otherwise, that scene would be tricky business. 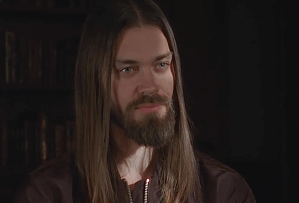 TVLINE | Tell me about Jesus’ reaction to Maggie’s plan to show Rick and Michonne how wrong they are to keep Negan alive. Jesus seemed cool with it. But he’s Mr. Live-and-Let-Live…
Well, he’s not Morgan. I don’t think he rushes to kill anyone at all. If someone is surrendering to him, he won’t do it. But he has Maggie’s back, and this is Negan we’re talking about. That’s sort of a different thing. Would [killing Negan] be Jesus’ first choice? I don’t know. But he does support Maggie. And [in his mind, the question would be,] is this about killing an innocent, or is this about what Maggie sees as justice or even neutralizing a danger? It’s complicated.

TVLINE | Let’s talk about Eugene for a moment. At what point did he decide he was going to sabotage the Saviors? It had seemed like he was all-in with them.
I think he had had a conflict about it that he didn’t like. He wanted to be all-in. It was logical for him to be all-in. But he couldn’t sleep. He was drinking. Then Rosita and Daryl took him, and there were things that were stirred up within him. Since the time he arrived with the Saviors, he’d been fighting against that humanity that he was infected with by Abraham and Rosita, these people who had taught him that there was more to being a human being than survival. And he lost that fight with himself. He didn’t want to be a human being, but he wound up one.

TVLINE | Dwight has a huge role going forward in the comics. Where would you put the odds of him coming back — possibly with Sherry?
Odds… Hmm. I will say definitively, he’s not dead, so you never know. But I shan’t go deeper into it than that. 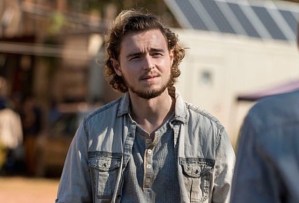 TVLINE | What can you tell me about Season 9?
I think what’s exciting about next season is, just by virtue of the narrative, the story evolves a great deal. From the things said in the finale, there’s a bigger ambition now, a bigger thing that they’re chasing. It isn’t just regular, everyday survival, which they’ve become quite adept at. It’s what to do with that. Now they’re going after civilization.

So, are you looking forward to Season 9? Are you Team Rick/Michonne or Team Maggie/Daryl? Weigh in in the poll below, then hit the comments.