It remains unclear if Alex and Jo will finally tie the knot before Grey’s Anatomy’s current season wraps, but this much we know for sure: The star-crossed lovers were at the very least supposed to have an engagement party. 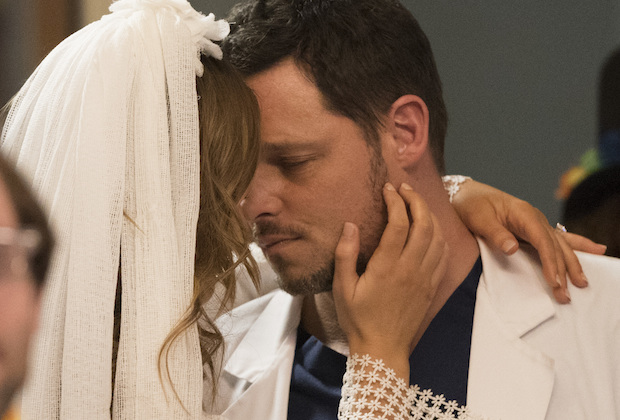 The festive sequence in question — photos from which made their way onto the Internet early Friday — was to have been included in this week’s episode. However, a source close to the show tells TVLine that the scene was cut “for time.” The insider also notes that a decision about relocating the sequence into one of Season 14’s remaining episodes is TBD.

If the engagement party fails to see the light of day, at least we’ll always have the images. Scroll through the attached gallery — or click here for direct access —and then hit the comments with your thoughts.