THE PERFORMANCE | Whether or not you were on board with This Is Us‘ decision to focus its penultimate Season 2 episode on a character we barely know, you have to admit: Lyric Ross was captivating as Randall and Beth’s foster daughter, Deja. The actress has just six acting credits to her name — take a moment to let that sink in — yet she brilliantly carried an hour that explained how Deja came to be placed in foster care, as well as what happened to the teen after she returned home.

From her previous appearances on the show, we knew that Ross could portray Deja as sullen, quiet and guarded — an understandable outcome of the upheaval in the young woman’s life. But Tuesday’sepisode made those prior hours even more heartbreaking in retrospect, given how sunny and supportive Ross played her character in the scenes where it was just Deja and her mom, Shauna. Then, bit by bit, Ross dimmed Deja’s spark as Shauna’s bad decisions began to have a snowball effect on their lives.

Though we were impressed by Ross’ presence throughout the episode, Deja’s reunion with the Pearsons served up a ton of moments in which the actress blew us away. Did you see her smile break wide open, Ross’ eyes crinkling, as Tess and Annie ran into her arms? Did you watch Ross physically and emotionally relaxed her character into the safe regularity of Randall and Beth’s home? And were you floored — like we were — by how much weary hurt Ross was able to convey when she quietly told Randall, “I’m really tired” and then literally leaned on him for support?

One more question: Are you hoping that Shauna’s departure at the end of the episode means there’ll be a whole lot more of Ross in Season 3? Because we certainly are. 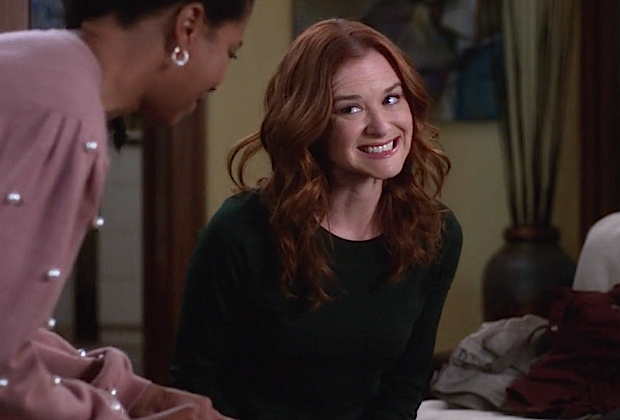 HONORABLE MENTION | For her epic game-night diatribe against so much more than bending the rules of Pictionary, Grey’s Anatomy’s April earned a slow clap from Koracick. We’ll go a step further and give Sarah Drew a standing O. This week, she not only laced with acid her increasingly cynical character’s comedic moments, she made plain the pain that was increasingly manifesting itself as anger. When at last April exploded, suggesting that, without order, life was meaningless and they were just “carnivorous viruses,” Drew packed between the lines of the wine-soaked speech all the disillusionment Kepner has carried since losing her son, Jackson and, ultimately, her faith. So if anyone asks why viewers are upset over the actress’ dismissal, refer them to this scene and drop the mic. 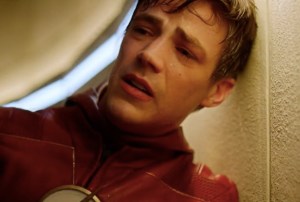 HONORABLE MENTION | As The Flash sweated out his own version of the Kobayashi Maru this week, Grant Gustin had us feeling Barry’s frustration to the point that it almost hurt. “Freezing time” in order to somehow neutralize an exploded nuclear bomb, Barry was at first calm and calculating, enlisting Jesse, Cisco and Caitlin to offer their individual expertise. But as every fix would up foiled, the agony of defeat began to set in, and Gustin’s face heart-crushingly communicated Barry’s fading sense of hope. When Barry then confided to Iris his failure, Gustin went for broke as a man — a hero — broken. That is, until Iris said those magical little words (“quark sphere”), and waves of relief and love zipped through Barry like a lightning bolt, powering him through one last, day-saving dash. 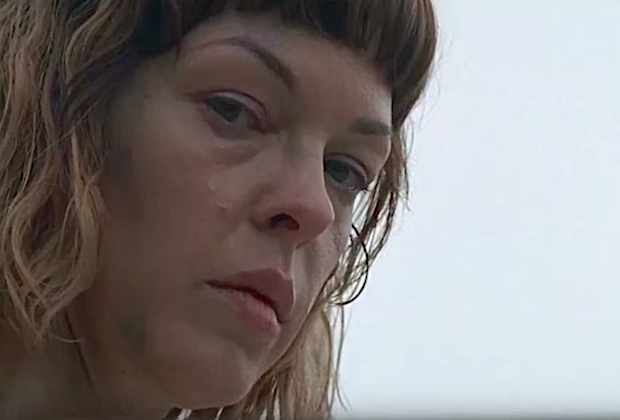 HONORABLE MENTION | Even Walking Dead fans who hated the garbage people couldn’t trash Pollyanna McIntosh‘s work this week. Though at first in Jadis’ confrontation with Simon she deployed familiar cunning and that polarizing speech pattern, the second he started murdering the Scavengers, she dropped the facade, letting her gaze quickly shift from dismissive to rage-filled to horrified. By the time Rick and Michonne arrived, Jadis had stripped off not only her uniform but her “character,” allowing McIntosh to convey in complete sentences (!) and bitter tears the full weight of her alter ego’s loss. We suspect he’ll come to regret not helping her, but her portrayer has us excited to see what develops from the stricken look she wore while turning her zombified friends into sloppy joes.