Thursday’s episode both marked the halfway point in the CMT drama’s final season and set up some serious heartache for Avery, whose reaction to Juliette’s decision to stay at a cult retreat in Bolivia included removing his wedding ring and telling Deacon he’s “done” with his flighty wife. 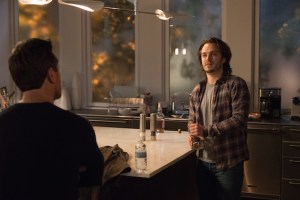 “I will not live my life like this anymore,” a highly upset and seemingly over-it Avery said during the hour. And when new bandmate Alannah started ever-so-slightly cozying up to him? Let’s just say, he didn’t immediately turn her away.

Meanwhile, Deacon couldn’t stop himself from getting physically involved when Brad was rough with Jake. Though the interaction was over before it really began, Brad seemed to relish the idea of pressing charges against Jessie’s new man. “Did you just assault me?” the irksome record-label exec said, smiling, as he sauntered past an instantly regretful Deacon.

And in New York, while taping a performance at The Chew, Will’s steroid use caught up to him. He collapsed in the middle of a song, and seemed unresponsive as emergency medical personnel strapped him to a gurney.

We wanted to know what all of this means for the series’ final eight episodes, which will debut on Thursday, June 7 (9/8c). So we went straight to co-showrunner Marshall Herskovitz for the answers… well, the ones he was willing to give up, at least. Read on for the scoop:

TVLINE | First of all, I’m very worried about Juliette and Avery. This seems like a bad place for them as a couple, where we’re leaving them before the break. Is he as done with her as he sounds like he is?
I wish I could answer a question like that, but I can’t. [Laughs] Well let me say this. What can I say? I have to figure out what is safe to say… All right, we know Juliette’s going to be back. I’ll just give that away right now. So she’ll be back. I can say that Avery feels as done as he is. What he feels is what he feels, you know what I mean? I can’t speak to the future one way or the other, but I think you could certainly defend the way he feels. God almighty, he’s put up with so much from Juliette over the years.

I think what we want to look forward to, though, is the possibility of transformation. The possibility of someone changing their lives, and what does that mean and what does that mean for the people around them? So yes, we’re leaving Juliette and Avery in a bad place — and I hear about it on Twitter literally hundreds of times a day and I understand that — but this is the nature of drama. A story would not be a good story if there were not moments in the story when things look dark. That doesn’t say where it’s going to come out at the end, but that’s just a part of all good drama.

TVLINE | We’ve also been hearing from readers who’ve noticed that Hayden Panettiere has not been on screen that much in the past few episodes. I know you’ve spoken before about how it can be challenging to give all of the characters in the show airtime, but even given that, her on-screen presence feels a little sparse as of late. Can you address how much we’ll see her in the second half of the season?
Well, I can easily say that she’s Number One on the call sheet, in the parlance of our business, and she’s such a central part of this show and we are not in any way going to slight her story. I think I can say that.

TVLINE | In this last episode it seemed like Alannah and Avery seemed to have a little bit of a kinship. Am I reading too closely into that, or is that something that’s going to be explored as we move on?
Oh my gosh. Boy would I like to speak about that. But I can’t! [Laughs] Look: What’s there is there to be seen. I’ll put it a different way. There is a connection. What happens there will have to be explored, you know? We’ll find out if it’s real or not. 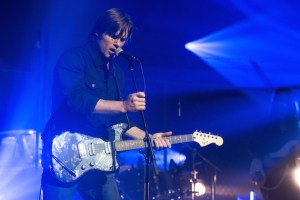 TVLINE | We see Will collapse during the performance, after Googling about tapering steroid use. Has he been trying to do that himself?
No. That’s not what’s happening. But I’m not at liberty to say what is happening.

TVLINE | Can you give us a gauge of how bad off he is? It looks really bad.
What happens to him is real. In other words, again it’s very hard for me because I don’t want to give away upcoming stories. It wasn’t a trick, put it that way.

TVLINE | Deacon’s stepping into the Brad-Jessie-Jake fight seems certain to have legal ramifications. Will it affect Deacon’s relationship with Jessie, as well?
You know, I think it certainly puts their relationship in danger because even though it wasn’t very violent, it was still technically assault, and that’s what [Brad] said. “Did you just assault me?” And you know, assault is a criminal act that has repercussions. I personally find it a very delicious turn in the story, because every piece of it comes out of the character of these people. In other words, there was almost an inevitability about it, even though we didn’t see it coming.

You know Deacon has this history of violence, at lashing out, and Jessie has this history of being tormented by [Brad], and [Brad] has a history of being cruel. So it was sort of an inevitable clash, and yet I can truthfully say, we didn’t plan on this. We just realized that it had to happen. And as a storyteller, that’s a great moment when you realize that the characters themselves are telling you what must happen.