THE PERFORMANCE | Look, we’ve never been married/not married/whatever to an insanely popular yet highly capricious music star with a traumatic past and a rough edge. But Jackson is so damn good at playing the continually beleaguered Mr. Juliette Barnes — particularly in this week’s episode — that we know exactly how it feels to always get let down by someone you love so much.

Throughout the hour, Jackson built Avery’s simmering worry/annoyance over Juliette’s absence into a steady boil that peaked when he arrived in Bolivia to take her home. Jackson isn’t a showy actor, but he’s a very smart one; the subtle choices he made as Avery went from being relieved over Juliette’s safety to confused and irked by her unwillingness to leave the facilityI  made the outlandish situation believable.

“What about Cadence?” Avery fired back at the love of his life, Jackson filling the line with a hurt fury as the topic of Juliette’s young daughter was discussed. The more calmly and evenly Juliette supplied answers, the more unhinged Jackson allowed his normally low-key character to become. The effect was electric. You could almost see the exact moment that Avery realized he’d lost the fight; Jackson’s eyes filled with tears, and after a frantic, last-ditch effort to change Juliette’s mind, he had Avery walk out of the room in stunned silence.

It’s no surprise that The Artist Formerly Known as General Hospital‘s Lucky Spencer can tear our hearts out. But the fact that he does it so well, so often, after so many years is something we felt deserves celebrating. 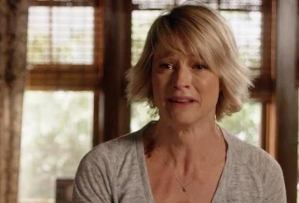 HONORABLE MENTION | As Stef’s anxiety continued to build up this season on The Fosters, it became obvious that the mom’s suppressed emotions would explode in a big way. But nothing could have prepared us for Teri Polo‘s gut-wrenching performance during that inevitable, devastating breakdown. The stoic rock of the family crumbled while confronting her own mother about the shame she used to feel about her sexuality. “I tried to be normal. I… I tried to make daddy proud. I tried.. to not be… ashamed of my… myself,” Stef cried, each deeply felt word getting stuck in her throat as a panic attack took hold. When Polo then started gasping for air between sobs of distress, we nearly lost our breath, too. 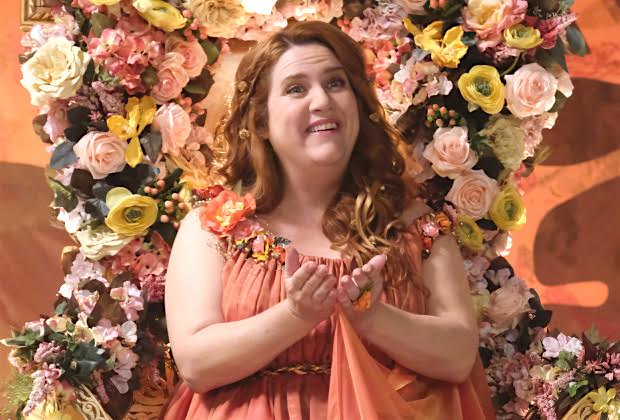 HONORABLE MENTION | Donna Lynne Champlin is Crazy Ex-Girlfriend‘s rock-solid center, with her sensible paralegal Paula serving as a level-headed anchor to Rebecca Bunch’s outlandish romantic schemes. And Champlin got a well-deserved showcase in Friday’s season finale, on two very different fronts: First, she performed the memorably graphic childbirth ballad “The Miracle of Birth,” dressed like an earth-mother goddess and singing like an angel about cervixes and placentas. Then, when Paula discovered Rebecca lied to her about Trent’s blackmailing, the utter devastation and betrayal written all over Champlin’s face just about broke our hearts, as Paula realized she could no longer trust her best friend. We could all use a friend like Paula — and every TV show could use a gifted, generous performer like Champlin. 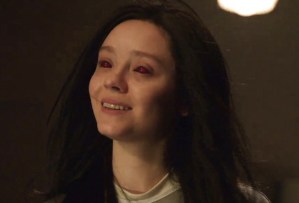 HONORABLE MENTION | As fun (and sometimes sexy) as Legends of Tomorrow‘s winter premiere was, make no mistake — it was also damn haunting, due in large part to Madeleine Arthur‘s guest-starring turn as a young Nora Darhk. When Nora was just being her meek, hospitalized self, Arthur was all sad, saucer-like eyes, appealing to the Legends through a haystack of wiry hair to help her find peace. But holy hell, whenever Mallus possessed the girl, Arthur went all in, adopting a sinister swagger as she spat out the gravelly words of John Noble. Across multiple viewings, we get chills every time “Nora” defies Constantine’s runes to instead lurch forward, laugh off the would-be exorcist and warn Sara that she one day will see Mallus’ “true face.” Um, hard pass!