THE PERFORMANCE | Kitsch didn’t have to pick up a Texas accent to play David Koresh; he had already had that covered from his years as Tim Riggins on Friday Night Lights. But he did have to find a tenderness and humanity in a man infamously known as a dangerous cult leader, and Kitsch has responded with maybe his finest performance yet — especially in this week’s nail-bitingly intense installment.

Sporting a Lone Star mullet and dorky gold-rimmed glasses, Kitsch plays Koresh as a charismatic man of devout faith, preaching to his followers with a gentle, high-pitched drawl. But this week, Koresh’s Branch Davidian flock found themselves in a deadly shoot-out with ATF agents, and the attack — which left Koresh nursing a bullet wound in his gut — lit a righteous fire in the man of God. Kitsch was possessed with Biblical fury as Koresh ordered the FBI negotiator to back off, railing against an invasion he saw as unjust and ungodly. (He even snapped at his own followers when he saw them laughing and smiling hours after the attack: “People died today! They died protecting you!”)

Koresh eventually cut a deal to surrender if his message of salvation was played on TV, but Kitsch’s face crumbled in heart-wrenching fashion as the news media rejected Koresh’s message and labeled him a rambling lunatic. Like all great true-crime stories, Waco is showing us a different side of a man we thought we knew — and that’s thanks to Kitsch’s impressively openhearted, passionate performance. 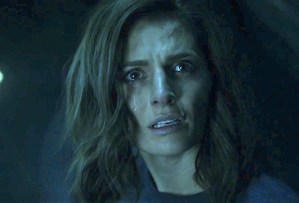 HONORABLE MENTION | We come not to spoil Absentia‘s season finale, but to praise Stana Katic‘s turn as Emily Byrne — an FBI agent who, believed dead for six years, struggled to ease back into the world to which she returned. As the dark-n-twisty drama came to a boil, yes, Katic delivered beyond-Beckett levels of badassery, running and gunning as Emily raced to rescue a loved one. But those action sequences bookended a gripping scene in which Emily was presented with the unbelievable truth about the person behind her brutal captivity, and Katic made us feel every punch to Emily’s gut. Once the dust settled, Katic for good measure made the most of the quietest moment, as Emily, at a hospital bedside, accepted that a part of her old life needed to be put behind her, since she was, clearly, not the same person who “died.” 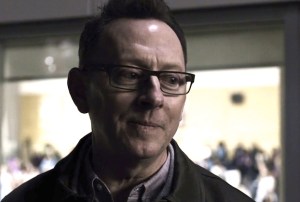 HONORABLE MENTION | For the entirety of his Arrow run, Michael Emerson was all about delivering soft-spoken menace, a villain who with just the occasional upward inflection could make Oliver question any advantage he thought he had. That is why the flashbacks in what would be Emerson’s final episode affected us so. Finally offering perspective on the tragedy that fueled Cayden James’ ire, Emerson pulled off that rare feat of making us actually feel for the Big Bad, who in this case simply wanted to reassert himself as a proper parent by prioritizing his son’s basketball game over the latest mega-hack. When A.R.G.U.S. grunts showed up to dash Dad’s dreams by hauling him away, refusing even “a little compassion,” the wistful resignation on Emerson’s face had us wishing things could have in some way gone differently. 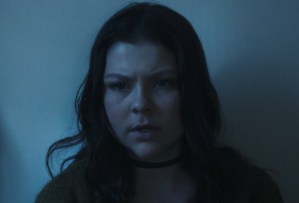 HONORABLE MENTION | Even among the very strong performances that made up This Is Us‘ two-episode gut-punch this week, Hannah Zeile as Teen Kate stands out. Just like her onscreen mom Mandy Moore (whom we honored in November and is therefore ineligible until next season), Zeile brought a warmth and depth to moments of happiness and great loss in the Pearson daughter’s life. That scene in the car, talking Alanis Morissette with Milo Ventimiglia’s Jack, was note-perfect; Zeile shucked Kate’s teen ‘tude and allowed us to see the way music lit her up from inside. And her grief-soaked portrayal of the days after Jack’s passing — particularly the despondence she gave off as Kate blamed herself for the death — was quietly, devastatingly powerful. As the Pearsons move on and navigate life without their patriarch, we’re looking forward to what’s next from this very talented up-and-comer.