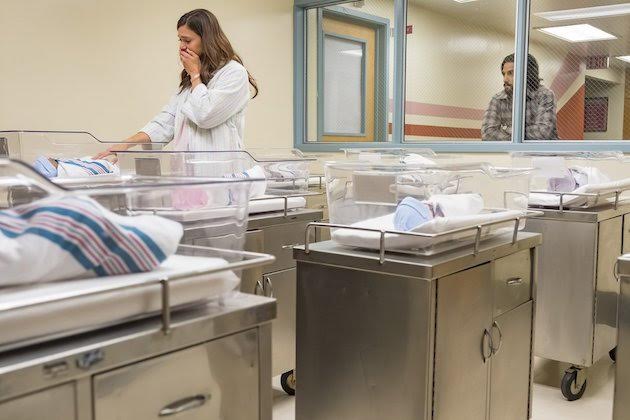 THE PERFORMANCE | Moore is heartbreaking as a new mom facing unexpected grief. She’s incredibly believable as a harried mother of three 10-year-olds. She’s a pro at portraying a widow with adult kids. And in this week’s episode, she did all three — gorgeously — in the space of an hour.

Though the episode ostensibly focused on The Big Three as they navigated their rocky 20s, Moore’s Rebecca was the one we couldn’t stop watching. In every iteration of Mama Pearson, Moore was fantastic. She played a heartbreaking blend of dismay, confusion and empathy when forced to answer Randall’s Halloween-night questions about his adoption. And through very fine changes in her manner, she telegraphed an older and wiser (not to mention wearier) Rebecca in the scenes surrounding Tess’ birth.

But she full-on destroyed us twice: first, when Rebecca cried that every happy moment in her life was now tinged with the sadness that Jack wasn’t there to share it; and then again, in the dual-time-period monologue she gave while standing in the hospital nursery. No matter what challenge the NBC drama throws at Moore — she even made that Cher costume work! — she fields it with grace and ease. 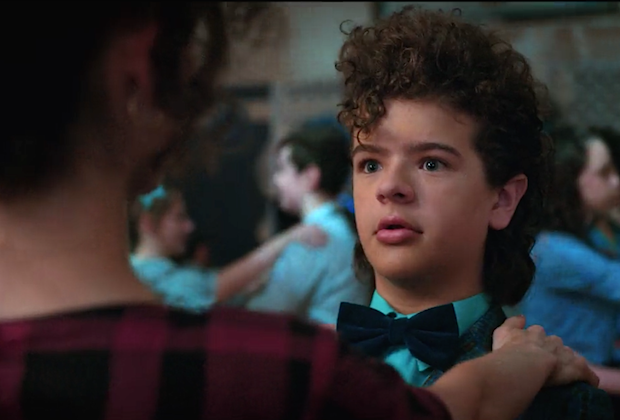 THE PERFORMANCE | As we marveled at the 15-year-old’s spirited, sweet-as-nougat performance in the Season 2 finale of Netflix’s 1980s-set drama, it was impossible not to imagine John Hughes smiling in approval as he, too, watched from that great prom in the sky.

One minute, Matarazzo was a Sixteen Candles-era Anthony Michael Hall, freaking out in spectacularly high-pitched fashion after Dustin was sneezed on in the infected tunnels beneath Hawkins (then stopping on a dime, having decided, “I’m OK.”). The next, he was as heart-stomping as Jon Cryer at the end of Pretty in Pink, his sad eyes following helplessly as crush Max led pal Lucas to the Snow Ball’s dance floor.

But we’re not singling out the young actor merely for having taken us on a joyful nostalgia trip. While his character is a throwback to classic underdogs, the one-two punch of vulnerability and bravado with which he plays the middle-schooler is entirely his own.

Doubt it? Rewatch his poignant last few moments of screen time, in which he took Dustin from crestfallen over his rejection by every girl in his grade to elated over upperclassman Nancy’s assurance that, in a few years, they’d wise up. Matarazzo isn’t just good, his performance is, in Dustin-speak, totally tubular. 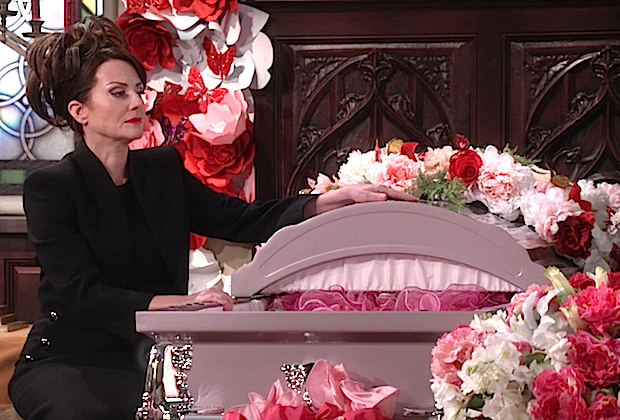 HONORABLE MENTION | We weren’t surprised in the slightest that, in Will & Grace’s fall finale, Megan Mullally managed to wring laughs out of Karen’s handling of Rosario’s sudden passing. She has as much funny in her veins, after all, as the boozehound does gin. Nor were we surprised by the at-times-excruciating poignancy that the Emmy winner brought to her strong-as-a-vodka-neat character’s reaction to the loss. If there’s something Mullally can’t do, we’ve yet to see it. What did surprise us — though, given her track record, it probably shouldn’t have — was how seamlessly she married the comedy and drama, leaving us wondering whether we were just crying or had laughed until we’d cried. Either way, she’d made a wreck of us by the time Karen called Rosario one last four-letter word: mami. 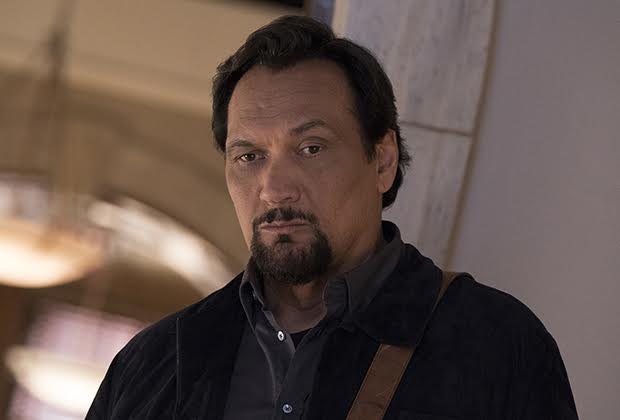 HONORABLE MENTION | In Thursday’s episode of How to Get Away With Murder, Annalise’s therapist came clean about the major emotional baggage he’s currently unpacking. Jimmy Smits, in turn, delivered the best performance of Isaac’s arc thus far. After watching Annalise weep over the death of her baby son, and the suicide attempt that followed, Isaac was forced to confront similar demons: the loss of his daughter and his own battle with depression. Smits’ performance was a pendulum, swinging back and forth from detached, dispassionate therapist to anxious, devastated father. Nearly every character on the ABC drama has a few dark secrets; thanks to Smits’ performance, we can’t wait to see the next skeleton that Isaac pulls out of his closet.