Where to begin with Thursday’s Supernatural? Between the Sister Jo reveal, the crazy deal-making and the twist ending, so much happened. 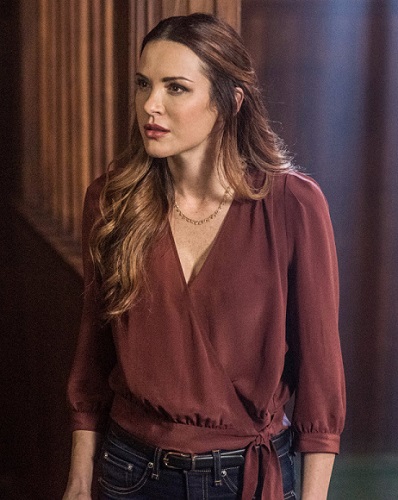 Let’s start with faith healer Sister Jo (guest star Danneel Ackles), who is actually the angel Anael. (Props to Ackles for how well she sidestepped that reveal in our Q&A.) Her abilities attract the attention of a weakened, hungry and cold Lucifer, who must panhandle for money and is taken by a homeless man to get food… from a dumpster. Once Lucifer learns of Jo’s true identity, he threatens to drain Anael of her grace. But she has a better proposition for him: Rather than killing her like he did Cupid, “wouldn’t it make more sense to keep one premium angel on tap?” she wonders. “Take a sip now, take a sip later. Not taking all the grace, but giving the angel time to recharge. Then rinse and repeat.”

Anael/Jo seems very into this arrangement, and not just because it means she gets to live. During a strangely sensual scene, Lucifer repeatedly takes her grace — “We don’t have to rush. We can do this slowly,” she tells him — before they both tiredly collapse on the motel bed. Then there’s pillow talk about feeling human emotions, leading Lucifer to admit that he’s scared of screwing up fatherhood. How human, indeed. 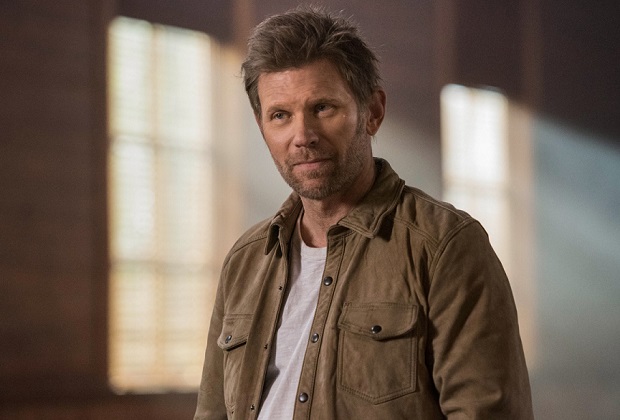 When Dean, Sam and Cas catch up with Lucifer and Anael, she pretends to side with the trio before helping Lucifer get away. But freedom is not enough for Lucifer; he wants more. So he and Anael meet up with some other angels and strike a deal: He will create more angels — he’s seen God do it; how hard can it be? — and give them their wings back if they make him the King of Heaven. And they agree!

Also on the hunt for Lucifer is Ketch, who’s been tasked with killing the devil by Asmodeus. Naturally, the Winchesters aren’t happy to see the Brit again and lock him up in their trunk, but he manages to get out. Ketch confesses that he’s working for Asmodeus, and offers to pass along info to Dean and Sam. He wants to team up with them, because apparently he’s finally found his line in the sand, and it’s letting Lucifer run free. “I know you want to kill me. I know you can’t forgive me. But if you think about it, I’m the lesser of, well, at least three evils,” Ketch argues. “All I ask is that you wait to murder me until after I prove useful.”

Meanwhile, Asmodeus shape-shifts into Cas and orders Donatello to tell him everything he uncovers about the demon tablet. More importantly, Asmodeus possesses a blade capable of killing an archangel like Lucifer. Ketch points out that another archangel must wield it. Asmodeus scoffs and introduces his prisoner: the archangel Gabriel! He’s alive!

Supernatural fans, what did you think of the episode’s many twists? Hit the comments with your thoughts!