Law & Order: SVU shoots on the same Manhattan soundstage where the original Law & Order used to film. So when L&O mainstay Sam Waterston recently showed up to shoot another return to the franchise, the visit included his first time setting foot in the very courtroom where Jack McCoy won justice for countless victims of unspeakable crimes.

From the looks of these exclusive photos, it was a happy homecoming.

Waterston will guest-star in the Wednesday, Feb. 7, episode (NBC, 9/8c), titled “The Undiscovered Country.” Here’s the official synopsis: “When an infant goes missing, the SVU finds themselves taking sides in a family’s right-to-die court case. Meanwhile, Barba’s interference in the case puts the entire DA’s office in jeopardy.”

In these shots obtained by TVLine, series star Mariska Hargitay welcomes Waterston to the set, where they goof around a little behind the scenes before putting their chung!chung! faces on as cameras roll.

Here’s a bonus shot of the pair having absolutely no fun whatsoever during a break in filming:

Are you planning to watch Waterston’s return to SVU? Scroll through the photos at the top of the post and below, then hit the comments and let us know! 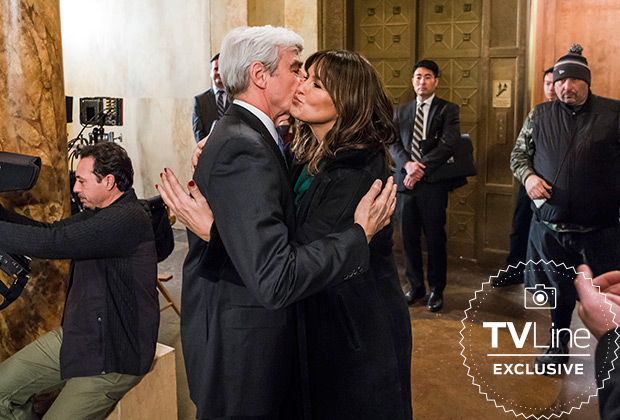 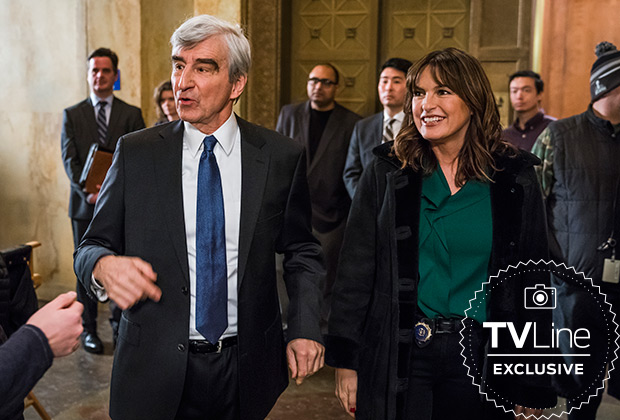 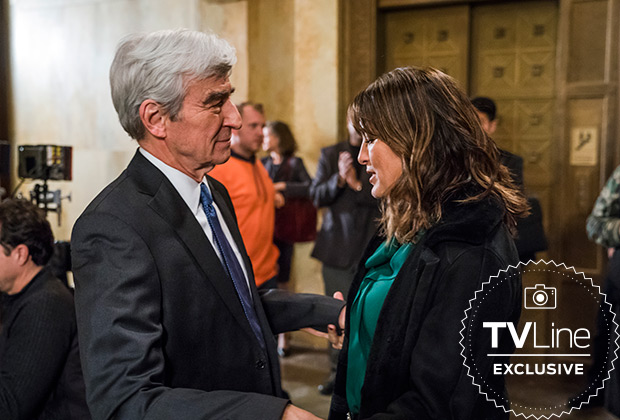