We’ve got questions, and you’ve (maybe) got answers! With another week of TV gone by, we’re lobbing queries left and right about shows including Agents of S.H.I.E.L.D., Hawaii Five-0, Arrow and The Good Place! 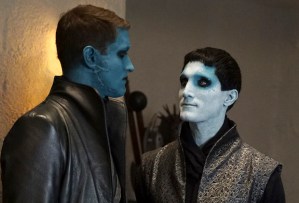 1 | Why did Agents of S.H.I.E.L.D.‘s Faulnak say that his brother had tainted “the Kasius family name?” Is Kasius’ last name also Kasius?? Because that’d be a bit silly, in the vein of General Hospital’s Jasper “Jax” Jacks.

2 | Considering that Hawaii Five-0‘s Danny barely played a role in the big Grover/suicide storyline, was that really a prudent use of “a Scott Caan episode“?

3 | The Last Man on Earth‘s Carl is totally going to find and eat Jasper, isn’t he?

4 | What has been your favorite Star Trek: Discovery/TOS “Mirror, Mirror” callback? The evil doppelgangers’ sword-through-globe insignia? Their salute? The Agony Booth? The thigh holsters for daggers? Goateed Spock(‘s father)? 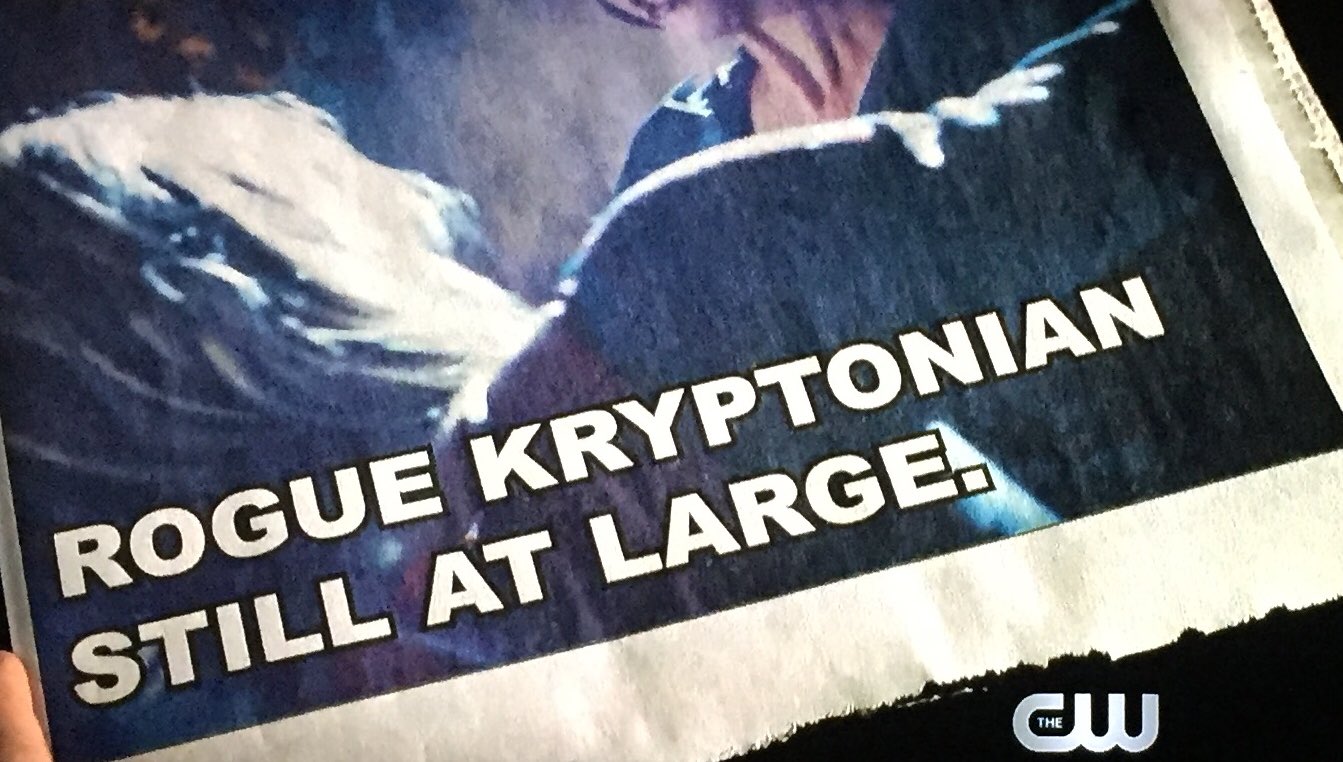 5 | When scrambling to exploit Reign’s (assumed) weakness, couldn’t Supergirl‘s friends have borrowed one of Oliver Queen’s kryptonite arrows? Who tended to Kara’s makeup while she was in the water tank that she emerged with perfect eyeshadow? Did Mon-El’s love for Bon Jovi come completely out of nowhere? (We saw his entire experience on Earth, so when exactly did he have time to become the rocker’s No. 1 fan?) What happened to Alex’s seemingly imminent alcoholism storyline (that even merited comment during the crossover episodes)? Oh, and if you insist on using punctuation on a newspaper’s front page (above), wouldn’t this sort of news call for an exclamation point? 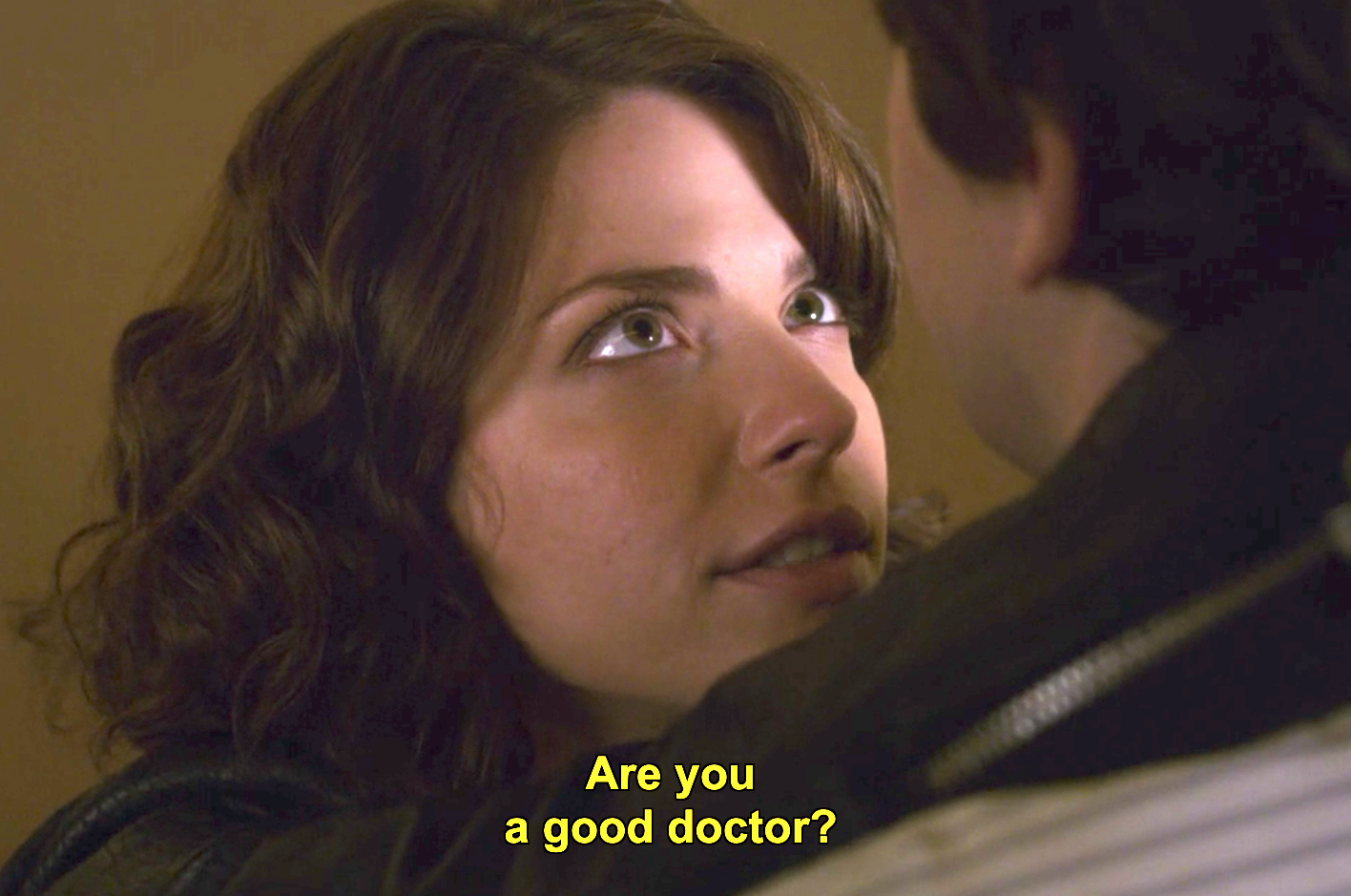 7 | Did The Flash really not bother to come up with any kind of explanation for how Barry was able to stop time while he and Iris talked?

8 | Black Lightning previously fought crime for how many years, yet Jefferson and Gambi never came up with a breezy nickname for him during their conversations? No “B.L.” or “B-Light”? Always the formal, multi-syllable “Black Lightning”?

9 | Have This Is Us‘ Jack and Rebecca Pearson never heard of writing down a shopping list before heading out to the store? (Or are we being a bit overheated, based on the item they forgot and how it’ll likely affect the family’s future?) And after Kate went wedding-gown shopping with frenemy Madison, we’re wondering: Why don’t the Pearson siblings seem to have any friends?

10 | Was there any question, any question at all, that Kevin (Probably) Saves the World‘s “Acorn Fairy” would turn out to be a felon on the lam? 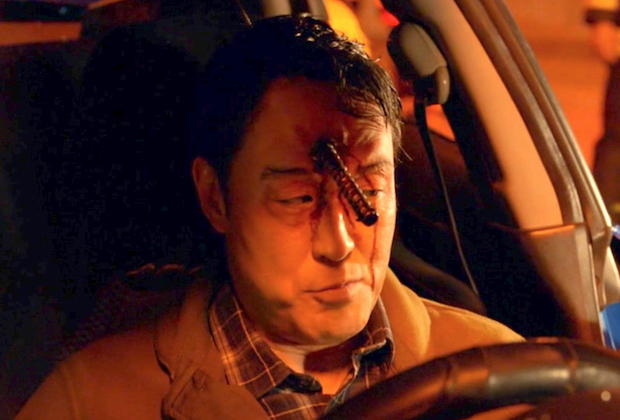 11 | In what universe would 9-1-1‘s Chimney have survived this accident?

12 | Over on Riverdale, is it standard FBI protocol to recruit a high school student to assist in a federal investigation — without parental approval? (And if it is, well hell, isn’t that a new CW series unto itself?)

13 | X-Files diehards, did you pick up on the old episode names written into the hangman games hanging on Judy’s wall?

14 | Why would The Blacklist‘s Liz stuff that bloody rag into the garbage disposal at Navarro’s place — where the police would surely find it — instead of just putting it in her pocket or holding it when she ran into the closet? 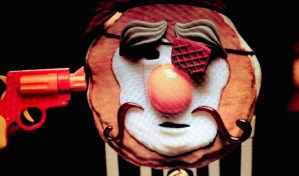 15 | How crazy is it that of all the human deaths on Syfy’s brutal, bloody Happy!, it was a one-eyed, talking pancake’s murder that hit us the hardest?

16 | What was the best part of Modern Family‘s send-up of Gwyneth Paltrow’s Goop? The products (sparkly energy stickers that improve colon health if you stick them up there), or Mira Sorvino’s very unique pronunciations (“Disneylawnd”)? 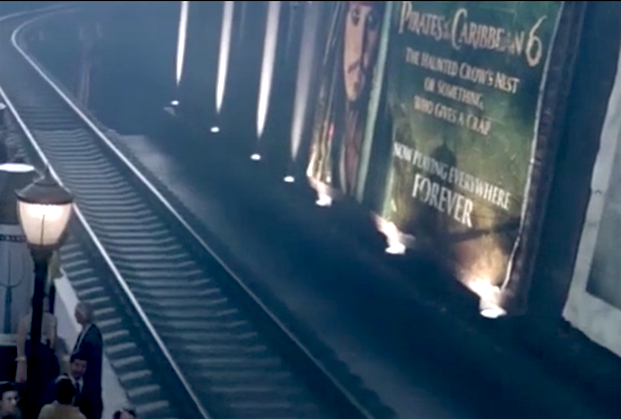 17 | The Good Place fans, did you catch The Bad Place’s ad for Pirates of the Caribbean 6: The Haunted Crow’s Nest or Something, Who Gives a Crap, which is “Now Playing Everywhere… Forever?”

18 | On Will & Grace, shouldn’t Vince’s new husband have been furious at Will for making their wedding day all about him? And would we be slut-shaming Jack if we asked, isn’t he a little mature to be hooking up with the frequency (and stamina!) of a twentysomething?

19 | Grey’s Anatomy‘s Jenny (played by Bethany Joy Lenz) is responsible for fiancé Paul’s you-know-what, right? Like, if it’s not her, it… well, it absolutely is her, don’t you think? Or was it… Jenny, because it totally was Jenny? New topic: What was with Jackson and Maggie’s towel scene? An attempt to get us used to the idea of them getting naked together? (Did it work?) 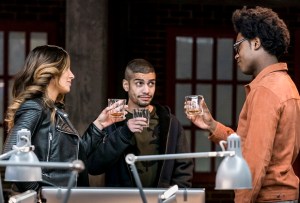 20 | Are any Arrow viewers sympathetic to Curtis, Rene and Dinah’s point of view? (We’re genuinely curious!)

21 | On Nashville, why was nearly everyone at the Movement for Coherent Philosophy wearing neutral colors? 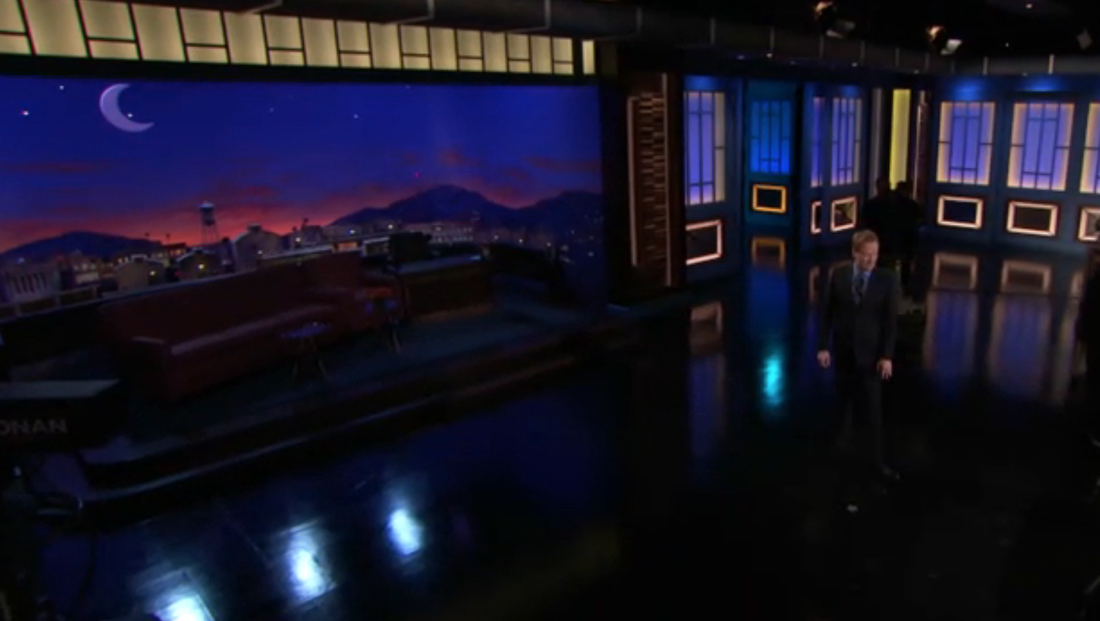 22 | Should Project Runway All Stars have eliminated Merline and Candice over Melissa and Ari?

23 | Could Conan‘s new set look any cheaper? Why so dark and dreary?

24 | Has reality-TV ever gifted us with a more obnoxious panel of judges than Fox’s The Four?