Anne Dudek isn’t a soulless corporate drone, but she’s having a really good time playing one on TV.

Memories From the Set: Anne Dudek 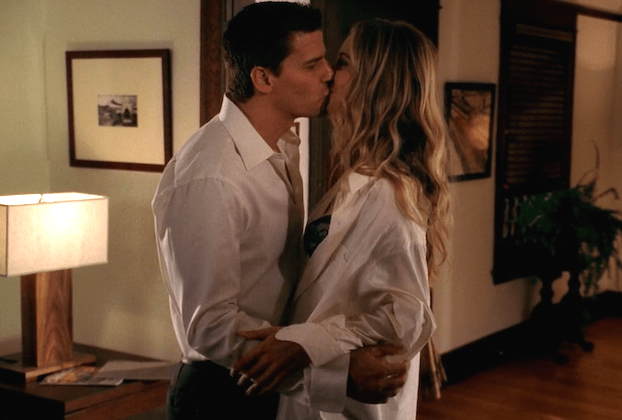 “I have zero office experience,” says the actress, whose 17-year career includes gigs on House, Covert Affairs, Mad Men and The Flash, among many of your other favorite shows. “But I find it fascinating!”

Dudek’s latest role, Kate on Comedy Central’s Corporate — which premieres tonight at 10/9c — is an ambitious executive at a corporation where humanity is leached from employees as they climb the corporate ladder. (No seriously, it’s a comedy.)

“It pokes a lot of fun at the corporate world, but it’s grounded in reality,” she tells TVLine. “The things that are funny to me in the script are funny because they’re so true. And Kate is extreme and really dedicated to her job in a way that is pretty intense.”

Viewers who have enjoyed watching Dudek in other roles may see some similarities between Kate and parts the actress has played in the past; she cites House‘s Amber and Big Love‘s Lura as spiritual sisters to the slick, buttoned-down Kate. “They’re women who have ambitions, and they’re in a world that’s working against those ambitions. And Kate does that in a comedy setting. She gets to be outrageous and extreme, but it’s all based in reality.”

Because Dudek has had so many prime TV roles over the years, we couldn’t wait to get her to reminisce about her turns on ER, Bones and a whole bunch of other series. Flip through the gallery above — or click here for direct access — for her thoughts on a sampling of her work.