Meredith Grey is passing the baton to a new Shondaland heroine. 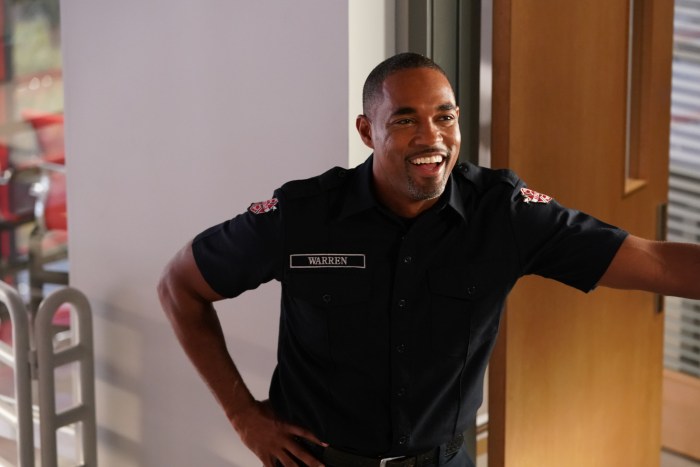 The seed for the upcoming, still-untitled Grey’s offshoot was planted on the mothership drama when Dr. Ben Warren (Jason George) expressed his desire to hang up his scrubs and put on a firehouse uniform. Alas, despite the big smile he sports in the attached gallery, the career move is not a seamless one, you will see in the first episode.

Medium‘s Miguel Sandoval co-stars as Andy’s father, who is the captain of Station 19. Rounding out the ensemble are Jay Hayden (The Catch), Danielle Savre (Too Close To Home), Okieriete Onaodowan (Broadway’s Hamilton) and Barrett Doss (Marvel’s Iron Fist).

The 10-episode spinoff does not yet have a premiere date.

Scroll through the gallery above (or click here) for a preview of the firefighter action, then hit the comments to let us know if you’ll be tuning in.