The Americans will return for its sixth and final season on Wednesday, March 28, at 10/9c, FX announced Friday at the Television Critics Association’s winter press tour. The final run of episodes will find the Jennings family in flux: As Paige follows her parents’ professional path, Philip steps back from it a bit. And Henry still doesn’t have a clue what’s going on. In addition, look for a rift in the KGB that may put Elizabeth and her husband on opposing sides. 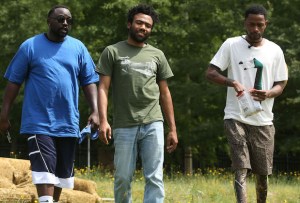 Earlier in the month, the Donald Glover-led comedy Atlanta will be back on Thursday, March 1, at 10 pm — albeit with a tweaked name: Atlanta Robbin’ Season.

As previously reported, American Crime Story‘s second season, The Assassination of Gianni Versace, will get underway on Wednesday, Jan. 17, at 10 pm; and  Baskets Season 3 will bow on Tuesday, Jan. 23, at 10 pm.

Are you planning to watch The Americans, Atlanta and/or Trust? Sound off in the comments!