Fox on Thursday announced that the seventh and final season will begin airing on Tuesday, April 10 at 9:30/8:30c. The abbreviated eight-episode run will then air uninterrupted for six weeks, leading up to the one-hour series finale on Tuesday, May 15 at 9/8c. (FWIW, your math isn’t wrong. The network will inevitably air back-to-back episodes at some point before the finale.) 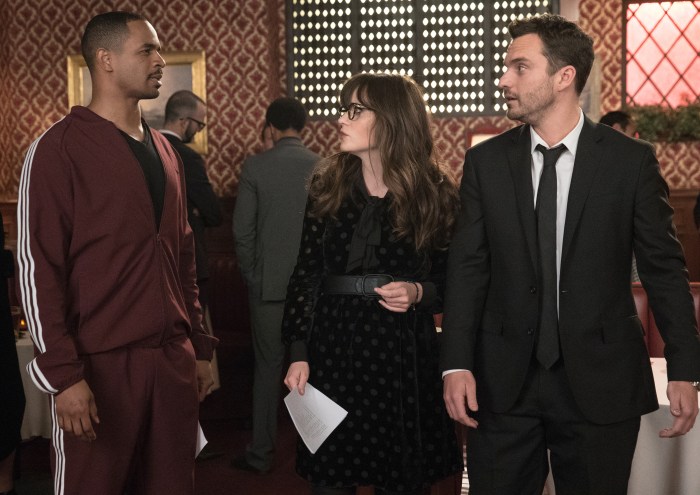 As previously reported, Season 7 kicks off with a four-year time jump. After returning from a European book tour (that Julius Pepperwood novel must have really taken off!), Nick and Jess begin contemplating marriage. Potentially complicating matters is Jess’ decision to take a job working for ex-boyfriend Russell (again played by Dermot Mulroney).

In addition, Cece and Schmidt are now parents to three-year-old daughter Ruth, with Schmidt having made the transition to stay-at-home dad. Last but not least are Winston and Aly (recurring guest star Nasim Pedrad), who are now married and expecting their first child. Winston will also be reunited with his estranged father (Curb Your Enthusiasm‘s J.B. Smoove).

Are you looking forward to the final season of New Girl? Drop a comment below.