Set in 1986, the series takes on the rise of Donald Trump-style superwealth, the denizens of downtown (including the literary scene) and the underground LGBT subculture known as ball culture. 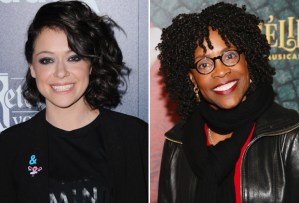 Tatiana Maslany (Orphan Black), who’d previously been announced as taking part in the series, has exited the production, TVLine has confirmed. Her role, a modern dance teacher who “takes a special interest in the talent of Damon” (played by Ryan Jamaal Swain), has been rewritten as a 50-year-old African-American woman and recast with Charlayne Woodard (The Leftovers).

In addition to Murphy, the series is co-created by Brad Falchuk and Steven Canals. Canals and Falchuk also will serve as executive producers, alongside Nina Jacobson, Alexis Martin Woodall, Sherry Marsh and Brad Simpson.

In a statement, Murphy called the new series “a game changer of a show, which at its heart is an uplifting series about the universal quest for identity, family and respect. Along with being a dance musical and an affirming look at American life in the 1980s, I’m so proud that Pose and FX has made history right from the beginning by featuring the most trans series regular actors ever in an American television production. Additionally, the first season [of] Pose will feature 50-plus LGBTQ characters — a record in American television history.”

The eight-episode first season is scheduled to begin production in New York in February. It is slated for a Summer 2018 premiere.