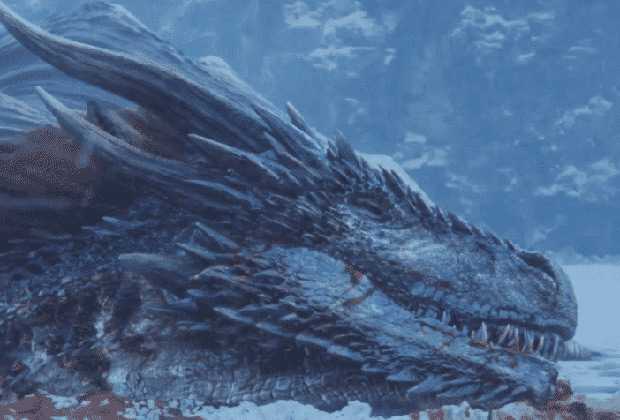 THE PERFORMANCE | What was most affecting about Mary McDonnell’s Major Crimes swan song (or, technically, penultimate episode) was the nature of the scene that came midway through the hour.

Because yes, earlier in the episode we got an emotional exchange between Sharon and Andy, where she broke down after apologizing “for putting you through all this.” Andy (played warmly by Tony Denison) dismissed the burden she felt, but Sharon nonetheless regretted the “constant anxiety” she had instilled in loved ones with her heart scare. “Sometimes I think… I think it would have been better, easier, for you and the kids if I had just died in that ambulance,” she offered, crushing viewer hearts along with her husband’s.

The subsequent scene inside Sharon’s church, though, stood out — both for the frankness of the conversation and its overtly religious nature (which is so rare on TV). As Sharon met with Father Stan (Mark D. Espinoza), McDonnell managed to communicate both the police commander’s selflessness and sense of duty. By holding out for a transplant, Raydor argued, “I’m forcing everyone who cares about me into hoping that someone with ‘the right heart’ has a fatal accident in my vicinity.” With a nod to God, she asked: “How does He decide that?”

Sharon launched into an anecdote about a young woman who has spent every day of her three months awaiting a transplant living life to the fullest. “She is exactly the sort of person I pledged my life to protect — in the street, I would step in front of a bullet to save her. But in the transplant ward, I could end up taking her chance for a life as full as mine.” When Raydor got to her point, which was to ask for Last Rites, a shaken Father Stan pointed out that God expects us to defend our lives to the end. “Defend, yes. But compete, no,” Sharon retorted, McDonnell making every syllable reverberate. “I do hope for the very best but I must, I must plan for the worst. I have lived my whole life as a Catholic, and if necessary I’d like to die as one, too.” 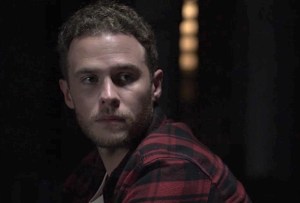 HONORABLE MENTION | With his first full episode of Season 5, Agents of S.H.I.E.L.D.‘s Iain De Caestecker reiterated his Performer of the Year finalist status — starting with Fitz puzzling over his team’s vanishing (and his being pinned as perpetrator), then when he drew a gun on Enoch, desperate to know why he and Jemma had been separated (again). It was a quieter scene, however, where the Scot most moved us. “It does seem like the universe doesn’t want us to be together,” Fitz suggested to Hunter of his and Jemma’s star-crossed, “cursed”-by-distance fate. “Maybe it’s trying to protect her from what I was in the Framework, ’cause that came from inside me.” In the end, that dash of “The Doctor” may be what helps save the day. As Fitz assured Enoch in the closing seconds, “I have it in me” to fight through the galaxy’s very worst and rescue Jemma. 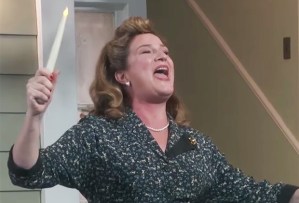 HONORABLE MENTION | Is there anything Ana Gasteyer can’t do? (Oh my gosh, stop answering. That was rhetorical!) The Saturday Night Live alumna absolutely stole the show during Sunday’s telecast of A Christmas Story Live!, tickling funny bones and dropping jaws as Schwartz’s overbearing mother, Mrs. Schwartz. Those who weren’t aware of her work in musical theatre — including playing Wicked‘s titular witch! — were likely even more impressed by “In the Market for a Miracle,” a hysterical Jewish anthem written specifically for this production. Thanks to Gasteyer’s powerhouse vocals and boundless energy, the best musical number in a show about Christmas… was the one about Hanukkah. (P.S. Can we please get her on Crazy Ex-Girlfriend next season?)