Just when you thought A Christmas Story couldn’t become more of a small-screen holiday institution, Fox got an idea. 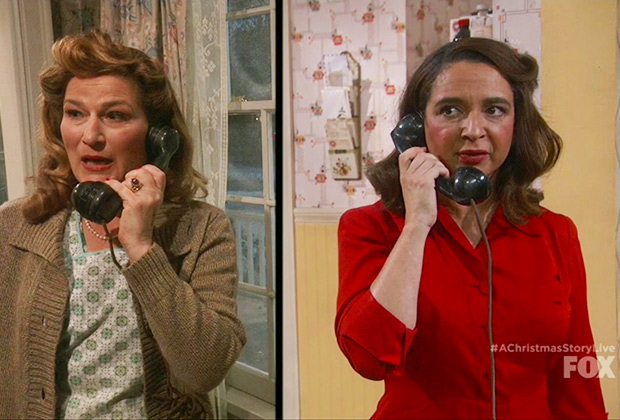 Ralphie Parker’s timeless tale of childhood desperation and eye-endangerment entered the pantheon of live TV musicals on Sunday with a high-concept (and overall successful) adaptation of the Tony-nominated Broadway spectacle A Christmas Story: The Musical. Based on the 1983 film of the same name, it told the story you’ve seen a million times — only with more singing and less offensive scenes at Chinese restaurants.

Powerhouse performances from Broadway and TV veterans like Jane Krakowski, Maya Rudolph, Chris Diamantopoulos, Ana Gasteyer and Matthew Broderick bolstered the three-hour event, which also introduced the world to newcomer Andy Walken, who put on a considerably better show than that other Walken did on NBC a few years back.

In the interest of fairness, we also did our share of nitpicking, though it wasn’t easy finding flaws in this tightly run production. (Our biggest complaint: Where was the studio audience?!)

Browse our gallery of must-discuss moments from Fox’s production of A Christmas Story Live! — you can click here for direct access — then grade it below and drop a comment with your own review.