THE PERFORMANCE | Being a princess isn’t always a fairy tale. Elizabeth’s impulsive, cuttingly sarcastic sister Margaret struggled to mend her broken heart and fought against the strict boundaries of the British monarchy in The Crown‘s second season, making Kirby — in a captivating performance that’s somehow both stubborn and tender — Season 2’s surprise MVP.

When Margaret learned that her first love Peter Townsend was marrying someone else, she fell into a spiral of devastated grief, and Kirby masterfully depicted the princess’ frustration with the limits her sister’s crown has put on her life. Margaret turned to her bohemian boyfriend Tony for comfort, and Kirby was achingly vulnerable as she gently brought up the idea of marriage, only for Tony to dismiss it as a musty tradition for “dreary, conventional people.” She finally talked Tony into it — Kirby nearly shattered us when Margaret made him promise “not to hurt me” — but she was once again left disappointed when Elizabeth’s sudden pregnancy meant she’d have to wait to announce her engagement, when she was hoping to beat Peter to the punch. Putting her emotional armor back on, she erupted in anger at her sister (“Another six months! Another six months!”), and Kirby made us vividly feel all the years of pent-up rage at seeing her wants and needs always coming second. For Margaret, happiness is always “another six months” away.

Princess Margaret really is The Crown‘s tragic heroine: always cast aside and shoved into the background, never anyone’s first choice. (Even Tony was not-so-secretly running around on her.) And Kirby takes full advantage of that meaty material with superb, compelling work. Margaret may never wear the crown… but maybe Kirby will end up clutching an Emmy instead. 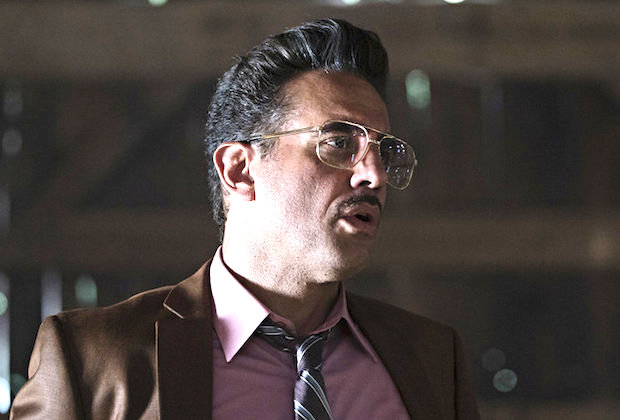 HONORABLE MENTION | He’s a car salesman, so Bobby Cannavale‘s big-haired, straight-talking Mr. Robot character Irving knows how to close a sale — even when hacking somebody up with an axe. Irving is a genuine charmer who had some of Season 3’s funniest dialogue, but Cannavale skillfully lent him a quiet menace throughout, and that menace finally emerged in violent fashion in Wednesday’s finale. After “retiring” FBI mole Santiago by plunging an axe into his chest, Irving calmly explained to a stunned Dom why she’ll want to start working with the Dark Army, all while chopping Santiago’s body to bits. Cannavale’s blasé delivery while committing homicide just underlined how dangerous this guy can be. Irving said he’s heading to the Sandals in Barbados for a little R&R, but we’re hoping he jets back in time for Season 4, so we can enjoy more of Cannavale’s deliciously sinister performance. 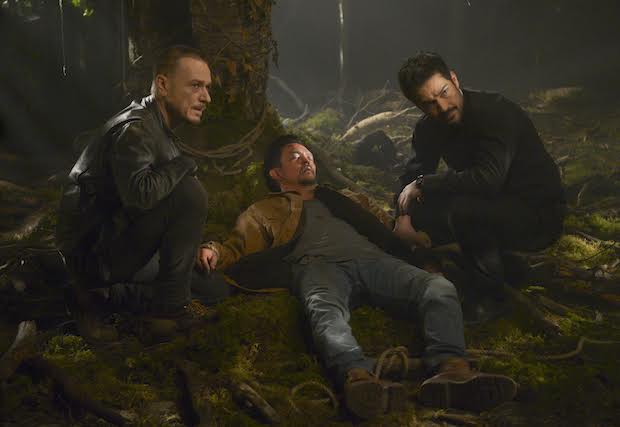 HONORABLE MENTION | There’s no possible way to separate Alfonso Herrera and Ben Daniels‘ excellent performances in The Exorcist‘s Season 2 finale, so we won’t even try. Instead, we’ll just praise the way the two actors have woven such a strong, warm, complicated relationship between excommunicated exorcist Marcus and his overeager protégé Tomas, and how powerful it was when that relationship came to an end (a pause?) in Friday’s episode. When Marcus forced himself to leave Tomas and their mission, Daniels and Herrera communicated as much — if not more — of the friends’ hurt and grief in the scene’s silences as they did via its dialogue. And the expressions on each of their faces when Tomas pulled Marcus close and called him “hermano”? Saints, pray for us! 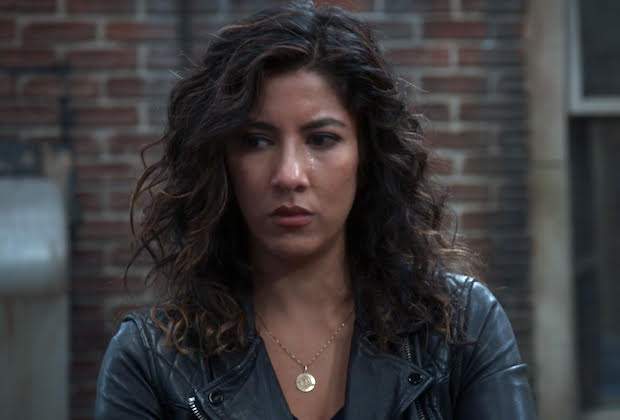 HONORABLE MENTION | Rosa’s coming-out story was a terrific showcase for Brooklyn Nine-Nine’s Stephanie Beatriz, affording her the opportunity to show the character at her most vulnerable. In Tuesday’s fall finale, the typically hardened detective let her guard down when she made the decision to tell her parents that she was bisexual. Rosa was clearly devastated when Mr. Diaz explained that her mother would need some time to get used to the idea, and Beatriz managed to convey all of her unflappable alter ego’s sadness and disappointment with just one heartbreaking look.