We’ve got questions, and you’ve (maybe) got answers! With another week of TV gone by, we’re lobbing queries left and right about shows including Jane the Virgin, Agents of S.H.I.EL.D., Outlander, Lucifer, Riverdale and the Roseanne revival! 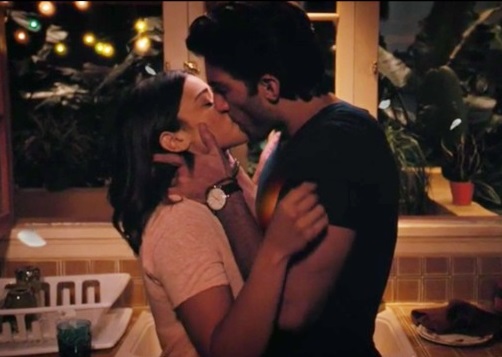 1 | Even if you don’t ‘ship Jane the Virgin‘s Jane and Rafael, can we at least agree that Gina Rodriguez and Justin Baldoni have crazy chemistry?

2 | Does Blindspot‘s Luke Mitchell have the best gig on TV, getting to film all over the world every week? 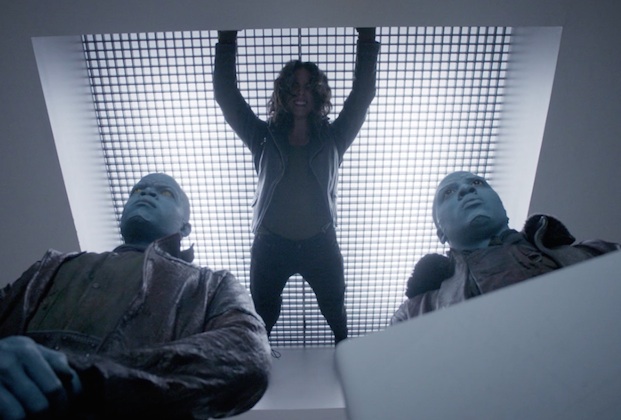 3 | Can we please stop pretending like hiding directly above someone in an elevator, and them not noticing you, is a thing? (At least S.H.I.E.L.D., in a refreshing twist, had Daisy groan/ start to slip, and thus get found out!)

4 | Wouldn’t it have been more logical/prudent for Hawaii Five-0‘s strapping young Junior — or professional lifeguard Tani — to dive into the violent ocean after the medical supplies, instead of Steve? (TV Answer: “That’s a good point…,” Meaghan Rath, who plays Tani, shared during her TVLine Q&A. “Yeah, I should have pulled out a lifeguard whistle!”) 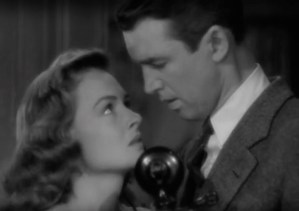 5 | It’s a Wonderful Life got us wondering, as it does every year: What pray tell did “making violent love to me” mean back in 1946? And can we agree that George and Mary’s huddle over Sam “Hee-haw!” Wainwright’s phone call is one of cinema’s all-time sexiest chaste scenes?

6 | Did The Walking Dead jump the zombie shark by choosing to cut from its enormous cast Carl, a kid we’ve watched grow up over eight seasons? (Or, if they’d killed off a lesser character, would we have just complained that it was a copout?) Also, did the show forget to pay the electric bill, or was the fall finale meant to be so dark that we couldn’t tell what was going on half the time?

7 | Outlander fans: After half a season apart, wouldn’t it have been nice to have at least one more episode of Claire and Jamie together in the tropics? 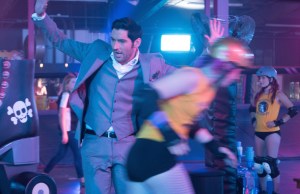 9 | Are roller derbies with colorful nicknames still a real-life thing, or just a place for TV procedurals like Lucifer to eventually spend an episode?

10 | How jarring was it that The Voice led into Brooke Simpson and Davon Fleming’s duet of “Earned It” from Fifty Shades of Grey by showing us how cute and sibling-y their real-life relationship is?

11 | Does the fact that Vanderpump Rules‘ Jax didn’t wait all season to admit he cheated on his girlfriend Brittany, but actually fessed up in Episode 2, represent a (tiny) step forward in maturity for the aging SUR-ver? 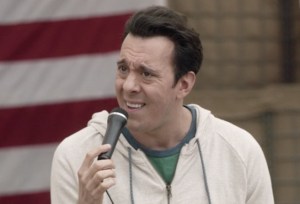 12 | For any NCIS fans who also watched 2 Broke Girls, did it take you a minute to realize that was a clean-shaven “Oleg” (aka actor Jonathan Kite) playing the USO comedian?

13 | Did The Middle rub you the wrong way, suggesting there was something morally wrong with Axl being agnostic? And while we want nothing but the best for Sue, does anyone else feel like the show is forcing the relationship with Sean?

14 | What was with all the Dave Coulier punchlines on Brooklyn Nine-Nine?! 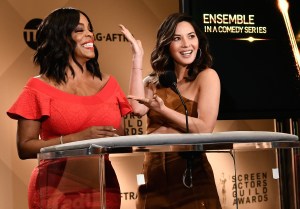 16 | We get that Empire‘s Angelo lost a few of his marbles after that whole Cookie betrayal, but are we really expected to believe he’d murder (or at least attempt to) his own cousin? And how excited were you about Crazy Claudia’s surprise return in the episode’s final moments?

17 | Did Riverdale‘s much-hyped Black Hood reveal fall flat by pinning the crime on a character we just met? Or are you still expecting more twists to come? And does that final shot of Betty with the hood mean she’s going to carry on his quest to expose sinners — albeit in a less murder-y way? Lastly, was Archie and Betty’s kiss too much, too soon, considering he just said “I love you” to his girlfriend Veronica?

18 | Mr. Robot fans: Did you have to search online (like we did) to find out who the heck that guy was at the end of Wednesday’s finale?

18.5 | How did that Designated Survivor SUV get T-boned, when surely all side streets would have been closed off? Also: that “wayward” truck just kept on going, through the intersection…? 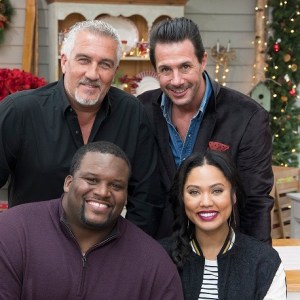 19 | In light of Great American Baking Show judge Johnny Iuzzini’s firing and the season’s abrupt end, is there no way to re-cut footage to give us the best of the contestants’ work, perhaps intercut with some Paul Hollywood commentary, in a special of some sort?

20 | Did The Big Bang Theory chicken out by essentially resolving the Raj/Howard feud during Halley’s birthday? And did Leonard and Penny realizing how little they’ve done over the past year feel like the show acknowledging just how little focus there has been on its (theoretically) central couple? 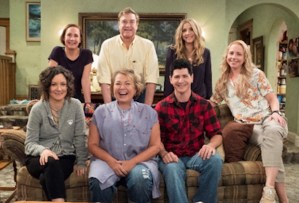 21 | Shouldn’t ABC be utilizing the Roseanne revival lead-in to launch a new comedy, rather than waste it on (and also push back by a half-hour) the final episodes of The Middle? And after 30 years, couldn’t the Conners have saved up their pennies for a new couch — or at the very least, something slightly used via Craigslist?