Question: I feel like we know a lot about The Originals’ fifth season… except for the Big Bad. Who is the Mikaelsons’ final enemy? —Karen
Ausiello: Well, that and a premiere date, am I right? Anyway, executive producer Julie Plec explains that while last season’s baddie — remember the Hollow? — will remain a present force in Season 5, the real enemy is far more complicated. “The Big Bad this year is launched from an ideology more so than one singular person’s nefarious desire,” Plec explains. “It’s an ideology that was spawned almost a century ago, a movement that has been simmering and stewing over that century. It does have a personal connection to the Mikaelson family, but it also has a thematic resonance that is very timely.”

Question: Sorry I pronounced your name wrong, and basically called you old, at your hometown book signing in Roselle Park. If all is forgiven can you give us a scoop on Gotham? —Derin
Ausiello: Scarecrow is coming… back? The Fox drama is quietly looking for an actor to take over the role of Dr. Jonathan Crane (played earlier this season by Charlie Tahan) later this season. It’s also entirely possibly the show is pulling a bait-and-switch and “Scarecrow” is a cover for another nefarious DC villain. Time will tell. (And no worries about botching my name Dennis. It happens!) 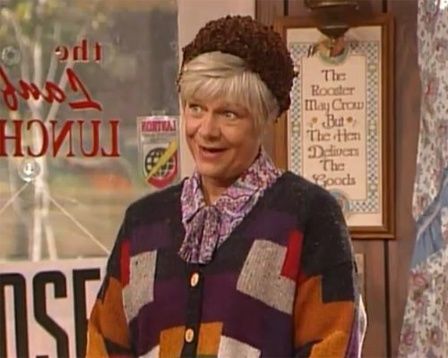 Question: I’m so glad Estelle Parsons will be in the Roseanne revival. Do you know if Beverly will still be a lesbian? Or is that development being reversed, too? —Greg
Ausiello: I can’t say for sure it’s being reversed, but as I understand it, Beverly will be dipping her toe back in man waters. When we meet up with Roseanne and Jackie’s now-90-year-old mom at a local nursing home, she’ll be robbing the cradle with a 70-year-old male resident.

Question: Any update on the new love interest for Meredith on Grey’s Anatomy? —Juliette
Ausiello: Twist — he is now a she! Although producers were initially looking for a fortysomething actor to play the role of the new foreign doctor, I hear the character’s gender has since been changed to female. Which probably means Mer’s dance card is once again empty. Unless… you thinking what I’m thinking?

Question: Please tell me you have a scoop on Season 2 of Timeless —Mike
Ausiello: During her Runaways Q&A with Matt Mitovich, Annie Wersching said that longtime Rittenhouse agent Emma Whitmore is “right in the mix of things” and “very much butting heads with Lucy” as Season 2 arrives… whenever. And that means Emma’s agenda might not synch up 100 percent with Carol Preston’s. “Lucy’s mom wants Lucy to work with Rittenhouse, and Emma’s definitely the one who’s like, ‘Yeah, still don’t trust her. Still not a fan of this plan,’” Wersching says with a laugh. “And she’s pretty much correct!” BONUS SCOOP: Word around the NBC cauldron is that Timeless is traveling to Massachusetts circa 1692 for an episode about the Salem Witch Trials. 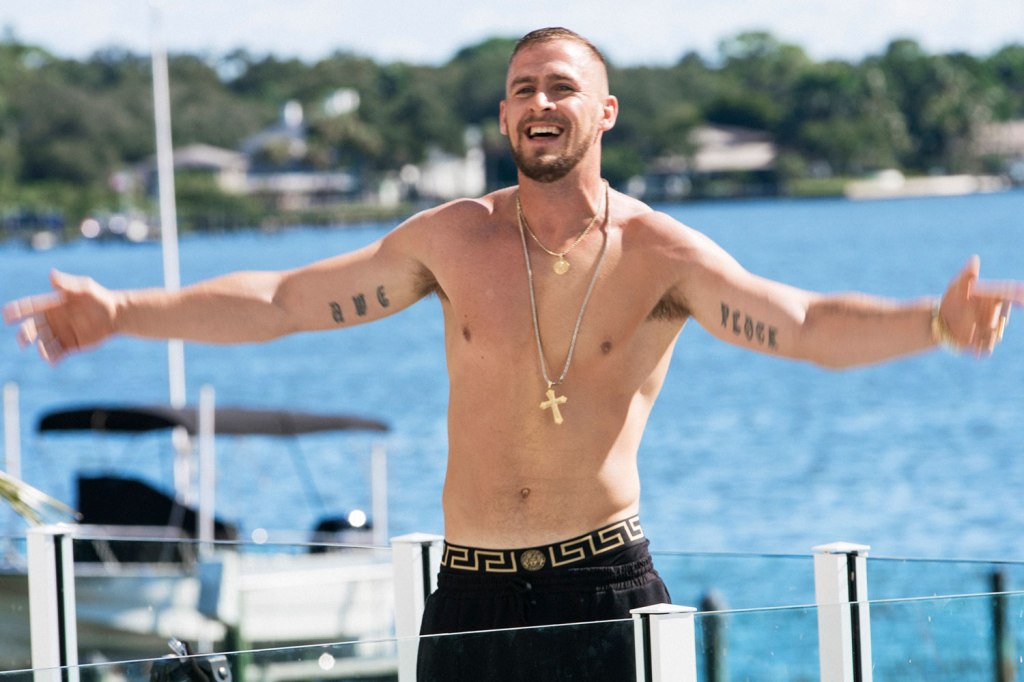 Question: I just binged all of Claws Season 1 and I’m chewing my nails to nubs waiting for Season 2. Any scoop?  —Jonathan
Ausiello: Remember that “dirty little Russian” girl that Roller knocked up last season? Well, get ready to meet her: The TNT crime dramedy is currently casting the recurring guest-star role of Olga, the “slightly overweight” gal carrying Roller’s baby. The niece of Russian mob matriarch Riva, Olga (per the casting notice) is a “barely reformed party girl” who has an awkward reconciliation with her absentee mom Zlata — also a new role in Season 2 — and takes full advantage of Zlata’s maternal guilt.

Question: Will we find out what deal Agents of S.H.I.E.L.D.’s Coulson made with Robbie Reyes/Ghost Rider in the Season 4 finale? —Nathalie
Ausiello: S.H.I.E.L.D. being S.H.I.E.L.D., Clark Gregg was pretty mum during our recent set visit other than to say: “The deal he made with Ghost Rider at the end of Season 4, that debt will come due at some point.”

Question: Anything on Agents of S.H.I.E.L.D.’s FitzSimmons? —Eva
Ausiello: Only that things do not seem promising, given that they now are enduring the world’s longest-distance romance — spanning about a century in time! “[Jemma and Fitz] were kind of the comic relief” when S.H.I.E.L.D. first started, “and now I feel like we’re the tragic relief, where we have so many crying scenes now,” observes Elizabeth Henstridge. “I just feel like we keep having so much tragedy between us.” But as she herself acknowledges: “It is a Whedon show, you know?”

Question: Anything on The Fosters? —Claire
Ausiello: Coming off last September’s cliffhangers, Season 5B (premiering Tuesday, Jan. 9) finds Callie and Mariana “being bad bitches!” star Maia Mitchell shares with a laugh. Say what?! “They’re becoming empowered,” the actress explains, adding that “Mariana becomes like the most empowered girl in the way she manages her relationships. It’s very progressive, and I love her for it. You’re going to see more of her and a lot of handsome young men.” 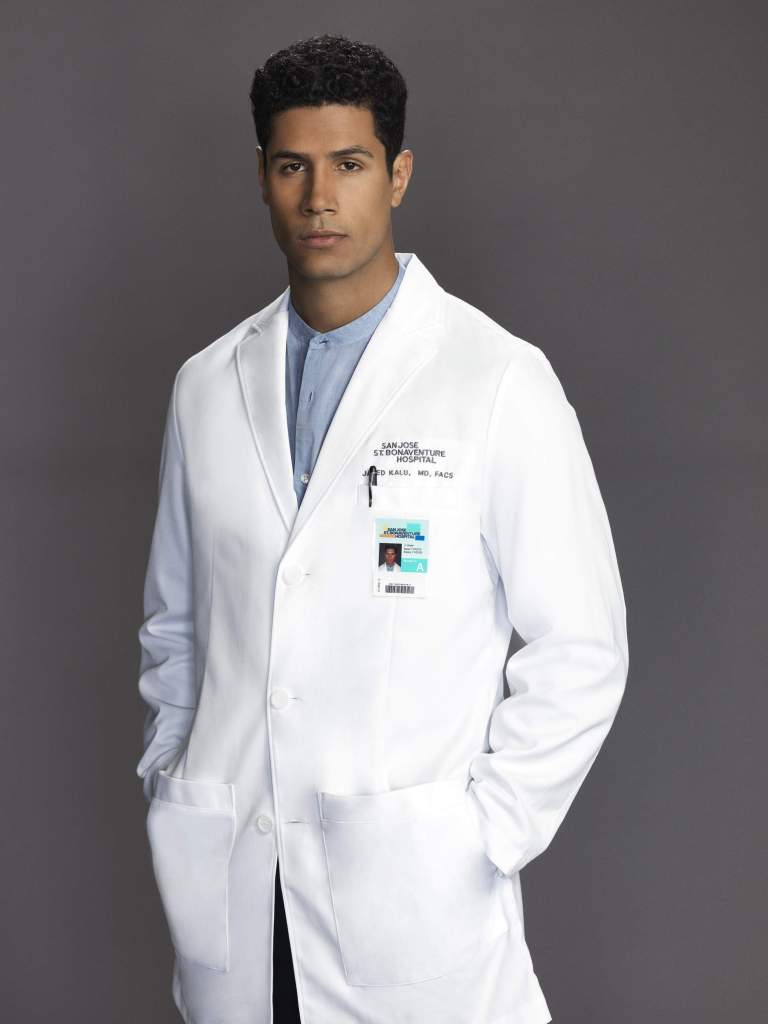 Question: Now that Dr. Kalu has been fired on The Good Doctor, does that mean we’ve seen the last of Chuku Modu? I hope not. —Jason
Ausiello: Oh, he’s returning — and not alone. Next time you see the M.D., he’ll be accompanied by his lawyer.

Question: Any scoop on Chicago Med? —Sam
Ausiello: It sounds like the icy rivalry between Dr. Connor Rhodes and Dr. Ava Bekker might finally thaw when Malcolm McDowell arrives as her mentor Dr. Jaffrey. “He specifically comes to the hospital to have Ava work on him, and he wants to do things that rub Connor the wrong way,” star Colin Donnell previews. But the doc’s visit actually presents “a little bit of a turning point in the relationship between Connor and Ava,” Donnell adds. “You see them sticking up for one another slowly because of a mutual respect for how good they really are. They’re starting to recognize that. It’s not just about the competition. It’s also about knowing how good they are, respectively.”

Question: I’ll take anything you have on Supernatural. —Karen
Ausiello: Remember how earlier this season Billie the reaper-turned-Death resurrected Dean, telling him that he and his brother Sam are too important to perish? Well, that little nugget “will come back into play this season,” executive producer Andrew Dabb teases.

Question: I just binged all eight seasons of Blue Bloods. I am in desperate need of any Jamie and Eddie spoilers you might have! I am obsessed with the two of them now. —Courtney
Ausiello: I have nada on Jamie and Eddie, but I can tell you that newly widowed Danny will struggle with a difficult career decision in Episode 15.

Question: I’m pretty sure I remember reading something about Jason Dorhing becoming a series regular in iZombie‘s fourth season. True? —Tina
Ausiello: Back away from the crack pipe, Tina. Dohring will not be a series regular next season — perhaps you’re thinking of this promotion — but the good news is the actor will continue to recur as the tanning aficionado Chase Graves.

This AAnd That…
♦ Blind Item: The leading lady on a recently-wrapped series was (virtually) MIA for the show’s entire final season and TPTB maintained at the time that her absence was creatively driven. Come to find out it had zilch to do with the storyline.
♦ NCIS is adding a new female character — a series regular — who is initially brought in to edit Ducky’s upcoming book. But the team soon realizes she has a gift for problem-solving, so… you do the math.
♦ Major Spoiler Alert: Here are your 2018 Golden Globe winners*: The Handmaid’s Tale, Jason Bateman, Elisabeth Moss, Will & Grace, Rachel Brosnahan, Kevin Bacon, Big Little Lies, Nicole Kidman, Kyle MacLachlan, Laura Dern and Alexander Skarsgard.